Second album from Efa Supertramp, one of Wales’s busiest musicians. 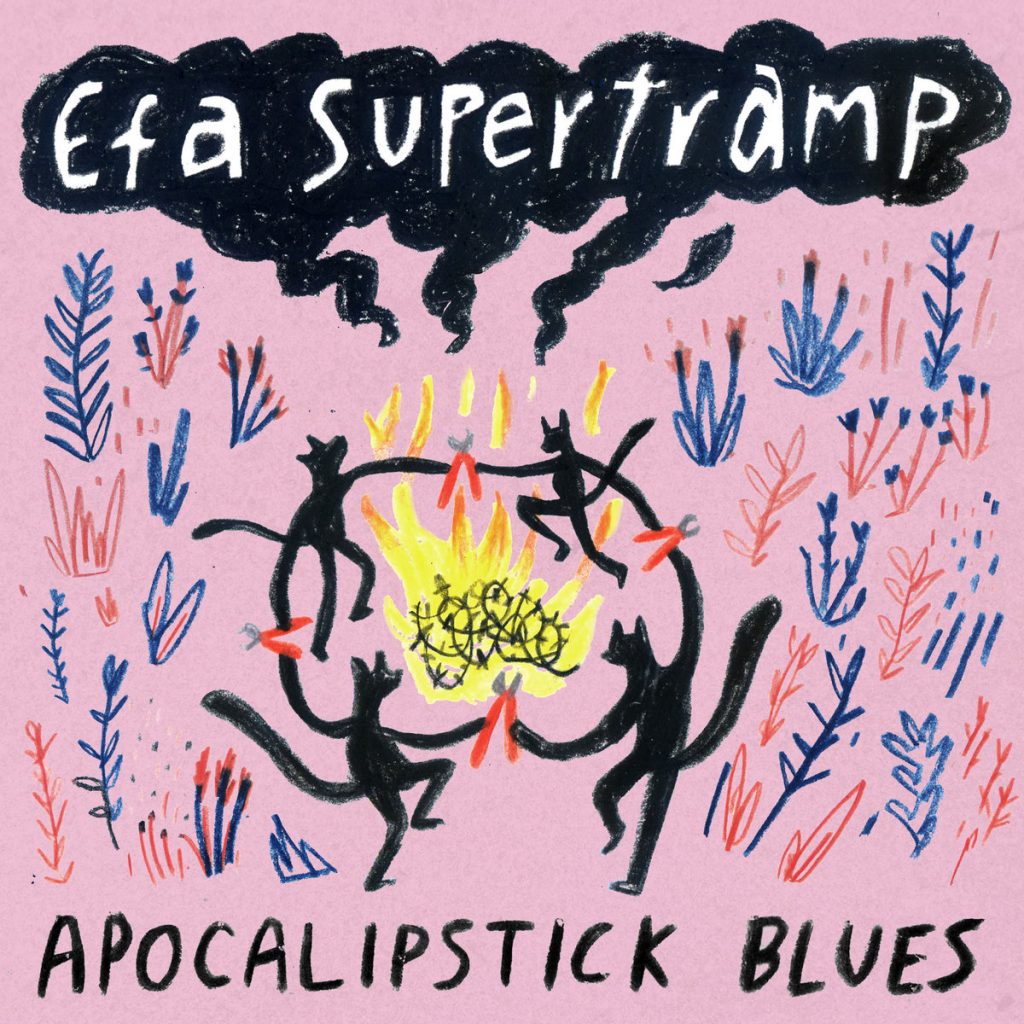 Yes, that’s right. Second album. We had to double check after reading the press release. So prolific is her output it’s hard to believe this is only her second solo album.

It has been inspiring watch the progress of Efa over the last decade or so.

When we first met her she was a snot nosed student new to Cardiff flogging her punk zine and copies of singles by her old North Walean band The Stiletoes.

Since then she has launched numerous CDs on her own DIY label Afiach, produced dozens of zines, organised pop up art exhibitions in squatted venues both in Cardiff and London,  released CDs with her band Killdren, guested on other artists albums, such as Clusterfuck, toured europe several times, been involved in countless social justice campaigns, got her band Killdren banned from Glastonbury AND studied and got herself a degree. Phew.

And if that’s not enough, she sings in two languages, English and her native Welsh.

Efa’s hectic touring schedule has been brought to a grinding halt by Coronavirus, one of the many tragedies of the 2020 lockdown.  One silver lining though is that she has had time to sit down and record this fifteen track gem. In her modest home studio of course, DIY is the name of the game.

The five years since her debut album have been well lived, resulting in a mature world wise album, but she has still retained the energy and enthusiasm for life that we have come to expect from all of her projects.

Through the sixty six minute journey we meander from soulful folk to rawkus punk, and all points in between.

Passion oozes through every track on the album, whether she is singing about love and mising friends, driving flat out down the motorway at fifty miles an hour in a clapped out car or singing about the plight of the Kurds in the Rojava region of Syria.

What we have here is a call to arms for those who have the energy to join her on the barricades, and a kick up the arse for those feeling cynical and burnt out. But on times, moments to take a breather and remember friends we cannot see during lockdown – and some we will never see again.

Above all, we have proof that you don’t need an expensive studio and a huge backing band to make an album worth litstening to. A DIY clarion call. As the Desperate Bicycles once shouted, ‘it was easy it was cheap, go and do it.’

Available on Bandcamp from 2nd October 2020