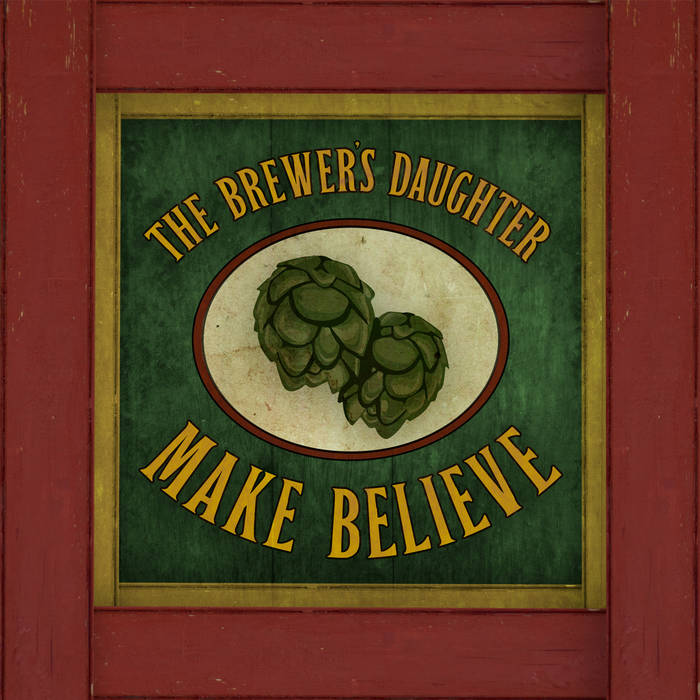 John Baine (AKA Attila) is not really a Stockbroker. Ray Burns is neither a Captain, nor Sensible. Rhiannon Crutchley, however, really is a Brewer’s Daughter.

When not helping dad out with bottling craft beers her time is split between recording and gigging on her own as The Brewer’s Daughter, playing fiddle with Tarantism, touring with the likes of Back to the Planet and Hawkwind, or just sailing up and down the canal in the narowboat she calls home.  She even played the legendary 100 club in 2017.

As a result, the ten tracks on this album have an authenticity you would not get listening to some bearded geography teacher that wears an aran jumper down the folk club once a week when he drinks real ale out of a pewter tankard and plays his prize hurdy gurdy.

With a mixture of original material and traditional folk tunes, all of the numbers on this album are sung from the heart and if you close your eyes you will be transported to whichever field or canal that has inspired the song you are listening to.

Rhiannon, as is the way with them Tarantism lot, is a multi-instrumentalist and plays both antique fiddle and vintage twelve string guitar on the album, whilst laying beautifully deep throated vocals over the top. She is equally comfortable singing about “home sweet home” or telling us that “All her friends re fucking mental”.

The album was conceived and produced on her narrowboat on the Grand Union Canal; in the Albion Brewery in Northampton and in a barn in rural Hertfordshire. If that is not authentic enough for you, Sam Dfl from AOS3 did all the techy recording shit whilst Fraggle from Back to the Planet makes a guest appearance on acoustic guitar. We can smell the hay bales from here.