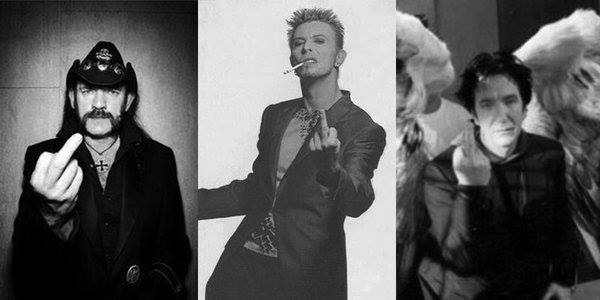 Only half way through January and we have had more news of icons of the music scene taken from us. David Bowie has often been described as a musical chameleon. Not quite. Chameleons change their colours to blend in, Bowie did the opposite, he changed his colours and others tried to follow.

His style changed many times over the years and in the process shaped the music of the last half century.  Again, like Lemmy, it could be argued that his influence on others was as important, if not more important, than the music he made itself. Over the years, his style changes were not to everyone’s taste, but it is fair to say that just about everyone with a pulse will have enjoyed Bowie’s music at some stage in his career. This week we will be digging out a few Bowie numbers, and spinning some of the music that would not have been created without Bowie. We also pay tribute to Dale Griffin, drummer with the legendary Mott The Hoople, who passed away as we were putting the finishing touches to the play list.

And of course, we have our usual blend of new releases and hidden gems. John will be marking the 60th birthday of the face of punk rock, Mr John ‘Rotten’ Lydon with tracks from throughout his career and Clint will be continuing his mini-series on ‘the roots of punk rock, 40 years on’

For all this and more, tune in to www.dapperfm.co.uk from 8pm on Tuesday 19th January 2016

you can interact with us via the facebook event page