Infamous rave-punk band Killdren drop their third album on an unsuspecting public. Don’t be alert – be afraid, be very afraid. 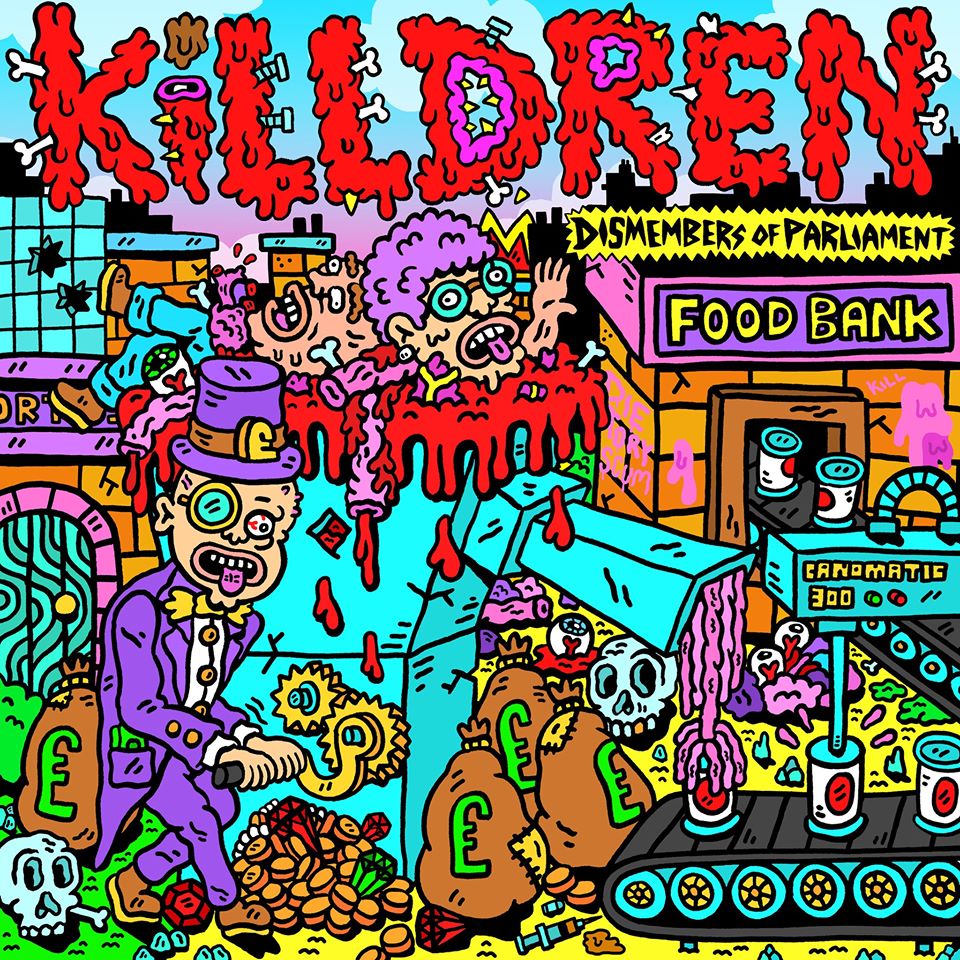 Killdren have been angry, shouty and politically charged since they first hit the scene in 2017. In 2019 they were taken off the bill of Glastonbury Festival amidst heated controversy surrounding their song Kill Tory Scum (Before They Kill You).

Being in lockdown does not seem to have calmed them down at all.

The traditional ‘difficult third album’ conundrum is not a problem for a band like this, in times like these. There’s lots to write about and lots of time to record it, especially if you have a studio at home.

Musically it is pretty much business as usual – mixing punk, drum and bass, breakcore, grime, dub, electro and old-skool hardcore. From the first few listens it sounds a little tighter and more adventurous than previous releases – practice makes perfect and all that. They have lost none of their spiky edge though.

The band told us: “The eight songs feature blistering attacks on a wide range of contemporary themes – inequalities and food bank use, privatisation of the NHS, the Anthropocene era and what the band sees as the inherently corrupt nature of organised religion and police forces. Despite the serious undertones of each song the tongue remains firmly in cheek, with gallows humour running through much of the lyrics.

Which saves us the hassle of describing it cos it is pretty spot on.

Most of the songs were locked and loaded anyway, but No More Normal, was written as a last-minute response to the UK’s handling of the Coronavirus crisis and how it can shape the future. Fair play to the Tories, they are the gift that keeps on giving when it comes to inspiration for agitprop.

Being all round art terrorists, not restricted to just making noises, the release is brought to life in the lurid, technicolour and gruesome cover art by regular Killdren artwork artist Russell Taysom – apparently “the band deplore the fact that their surrealistic artwork ideas are never actually that far removed from reality”.

Dismembers of Parliament is available from Bandcamp on Friday 5 June and from all other major outlets from the 12 June.
—