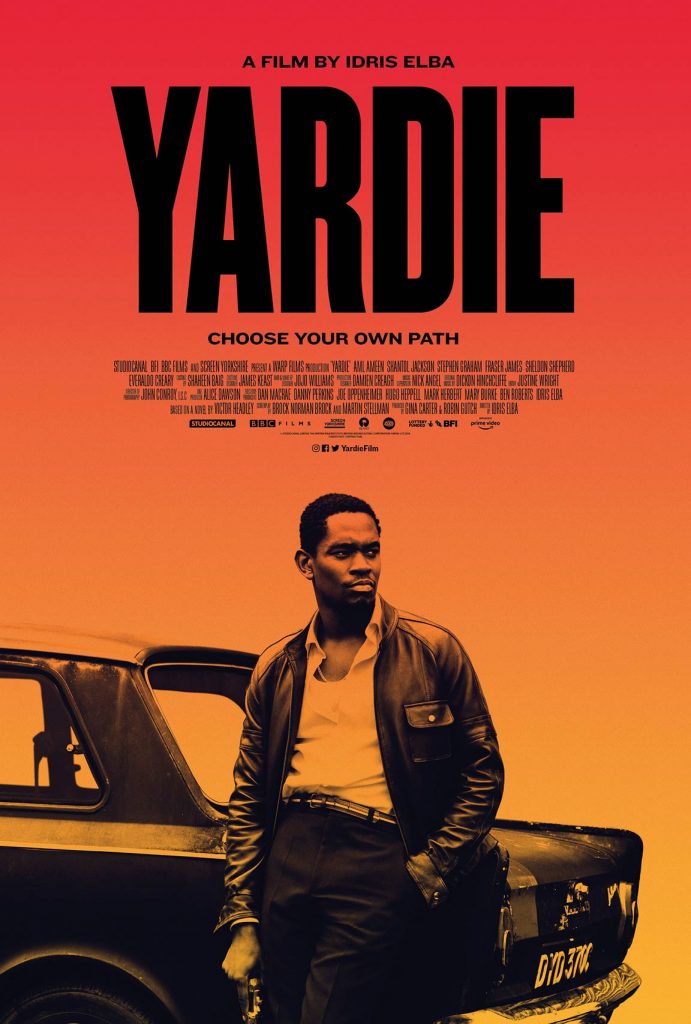 This is the story of ‘D’, who as a kid sees his big brother executed whilst hosting a sound system party to unite waring gangs in Jamaica. Ten years later, in 1983, ‘D’ finds himself running with one of those gangs and soon gets “sent to London so he wouldn’t start a war in Kingston”.

Things very quickly go pear shaped when he lands in the East End. Plans are deviated from, Yardies get pissed off and new allies are made in unexpected places. As well as making new enemies and new friends, old friends are reacquainted and old rivalries float back to the surface.

The producers of ‘This is England’ and ‘’71’ are involved, so it will come as no surprise that the sets, wardrobe and props are painstakingly accurate. Locks on the old dial telephones. Anyone remember them?

The dialogue is also painstakingly realistic. Or at least it was to this reviewers ears (actual yardies might disagree).  Jamaican patois is laid on thick and heavy and on times it makes the gangsters in ‘The Wire’ sound like they are using Received Pronunciation in comparison.

The one and only glitch in this is Rico (Stephen Graham). As a white man his use of Jamaican patois seems a little out of place, and on occasion he slips into cockney. Given Graham’s, and for that matter Elba’s, attention to detail in the past, we can only assume this is intentional.

Perhaps most importantly, the soundtrack is one of the best movie soundtracks in years. Black Uhuru, The Abyssinians and Max Romeo & The Upsetters are just a few of the players that add bucket loads of street cred to the movie. Even Bob Marley’s grandson Skip gets dropped in at the end with a version of ‘Johnny Was’.

Despite it being a movie about drugs and guns, much of the violence is implied, rather than graphic, which no doubt explains the 15 certificate.

Elba seems to have the attitude of ‘if its’s worth doing, it’s worth doing well’. With this Debut as a director, he adds another bullet point to the list of things he does well.