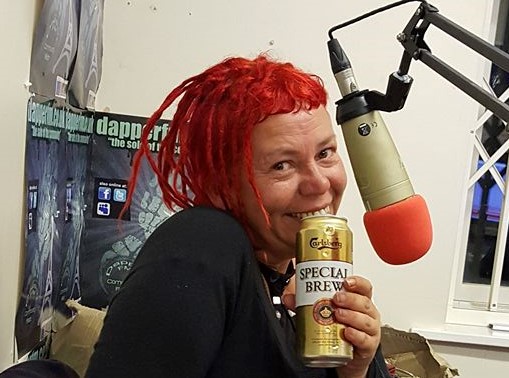 We first came across Gail Something-Else at Bearded Theory back on the old site in 2010. At the time she was running a ‘Tea Tent’, with a small PA, a bar and a table selling cakes and – you guessed – tea.

Shortly after we found ourselves having a meal with her in Cardiff where she mentioned she was going to put on a mini festival in a pub beer garden in the Forset of Dean. An ambitious but highly deliverable project for a woman that had experience putting on her own festival space and a growing list of contacts.

Ten years on the ‘Something Else’ project has expanded to half a dozen stand-alone, independent festivals each year, along with a string of festivals with a Something Else presence. And a thriving record label.

Gail is many things. A doer, an activist and an assertive personality that does not suffer fools easily. She’s no shrinking violet, but at the same time she is not one for seeking all the credit. She could not have achieved all of this on her own. She would be the first to admit that the success of Something Else is built on the graft of her crew; the bar staff, the tent putter-uppers, the sound engineers, the compost toilet builders, the litter pickers, the ticket collectors and the bands.

And the punters. But being a ‘punter’ at a something else event is not like being at a punter at a corporate event. You might have bought a ticket but you feel like part of the crew – the festival family.

Gail is simply the enabler, the initiator,  the fulcrum upon which the events pivot.

She is not unique. There are scores of people doing this stuff up and down the country. Suprlus, Landed, Tribe and the Blue Lagoon – that’s just scratching the surface of the Welsh grassroots festivals.

And then along comes Coronavirus and its lockdown. Festivals are cancelled left right and centre. For the punter this is extremely annoying. For the people whose livelihood depends on festivals it is devastating to the point of being life changing.

But it is better to light a candle than curse the darkness. People have to do what they can to fill the void. Many bands and festivals have started doing on-line gigs and festivals – including the Something Else crew. But Something Else has something most of the others don’t have. A thriving record label and merch set up.

And so, before Dominic Cummings had filled up his car to break the lockdown, Gail was on the case with #FieldMe – ‘a campaign to help grassroots musicians through these weird times!’ 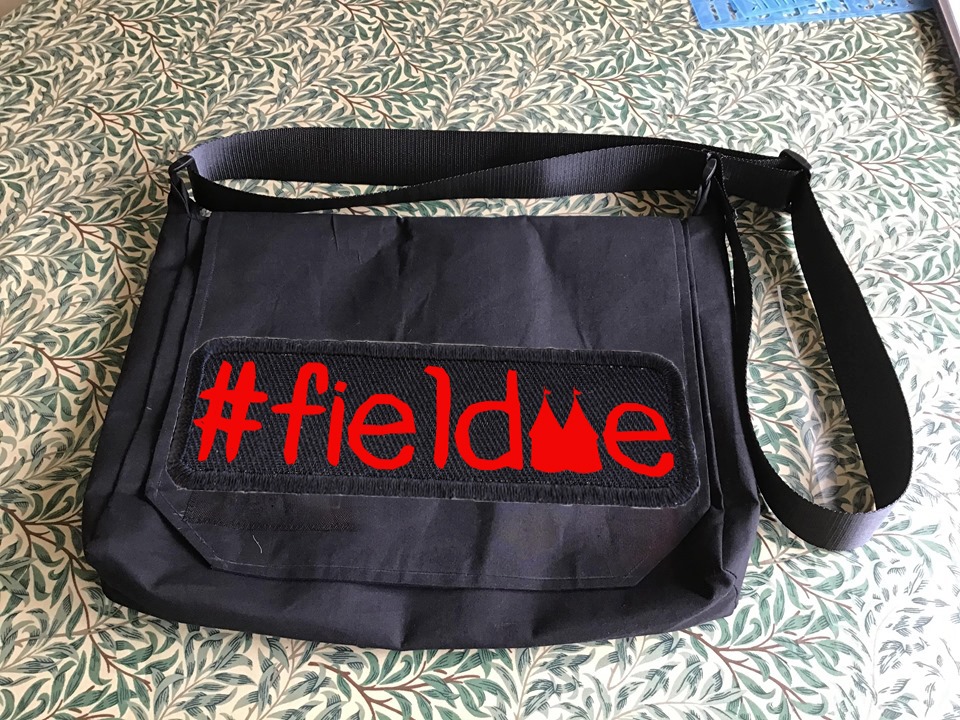 T-shirts, patches, thongs, mugs, bookmarks, stickers – you name it – you can buy it with the #feildme logo on. And all the money is going to the festival family.

Rhiannon – AKA the Brewer’s Daughter – lives on a narrow boat and had a share of the pot and posted this on ye olde Book of Faces.

little update on where my field me fund has gone to.. my back deck has been rotton for a year and dangerous.. a welshman fell through it in November! Since then its rain rain rained and now the sun’s come back we’ve managed to crack on with replacing it with fresh new deckboard thanks to the help from all of you..

And so we finally get to talking about the CD. 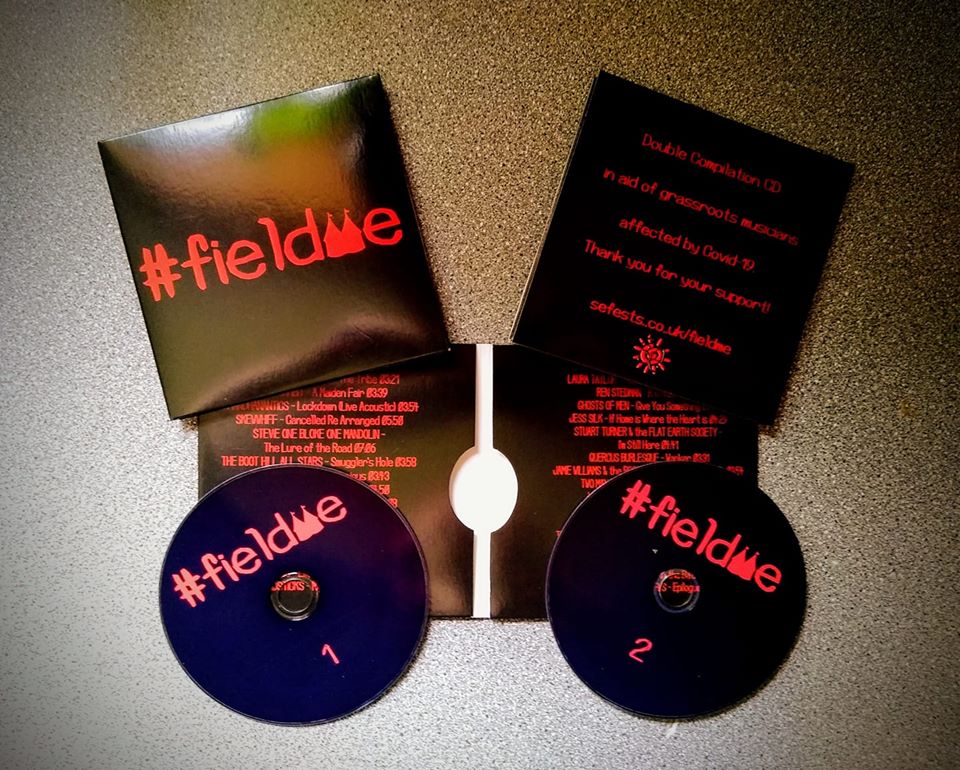 We have thirty one diverse tracks from artists connected with the Something Else events. Some material is old, some of it is previously unreleased and some of it had been recorded specifically for this release.

We get uptempo pirate punk from The Boothill Allstars, full on rock from The Ghosts of Men and mellow folk from The Brewer’s Daughter. Folk Jazz fusion from The Voodoo Tweed Cult of Your Mum and sunny African vibes from Two Man Ting.

The amazing Cara throws in some of here trademark rebelious acoustic reggae and Hattie Hatser gets out here acordian for some of her unique anarcho music hall.

Needless to say Gail throws in a contribution or two under the guise of Gash and Ali and her wonderful Muddy Summers and the Dirty Field Whores.

Yes, we know that’s not thirty one bands – but if you want to hear them all go to Bandcamp and weigh in to support the casue and buy the album. There is an unlimited digital version and a physical Double CD format. Be quick though, the CDs are flying out and not many left.

The album is worth checking out just to remind you what the summer should sound like – and if you dig deep you can make sure the crew survives this enforced ‘fallow year’ and will be waiting in a feild to entertain you next year.