The amazing Bellrays return to Le Pub as part of their 30th Anniversary tour.

First up, the Charlemagnes. Hailing from that London, but having welsh roots and featuring members of Thee Faction, we were all too aware of what these guys sound like, so there was no hesitation getting in early to check them out.

Kicking off with 3D gun they rattle through ten tight tunes, some off their first album – well, their only album actually, ‘Three Chords and a Half-Truth’ – and some unreleased numbers. Their no frills  back to basics style of garage rock is just what they like in Newport and despite being on early, they soon have the room filling up nicely and a few down the front break into a sweat.

Next up come Los Pepes. Based in London the band are made up of a strange bunch of misfits from the four corners of the world, from the UK to Japan to Brazil to Poland. Looking like old skool biker type rockers, they actually bring their sound more up to date with a punk sensibility and a twenty first century take on the heavy end of the rock and roll spectrum.

Their set is fast loud and heavy, but without wandering in to metal territory. They get a big thumbs up from us, and pretty much everyone else in the packed room.

Where to start? I can’t hear the name Bellrays without asking “How the f**k are these guys not massive and how come, after thirty years, they are still playing venues like Le Pub” (No offence intended Sam).

They are tight, sharp and formidable. With a high energy rhythm driven rock unit fronted by a singer that would just as easily fit in with the best soul bands on the circuit. The result is what they themselves brand ‘Punk funk rock soul’. Pretty much unique as far as we know. And we like something a little different here at Iguana HQ.

Kicking off with Bad Reaction the gathered masses are immediately left in no doubt what sort of night they are in for. With very few pauses they tear through a selection of their extensive back catalogue. ‘Soul Girl’, ‘Power to burn’ and ‘Love and hard times’ are just a few of the tunes that get taken out, dusted off and shaken about on this cold January night – although no one was cold inside Le Pub. 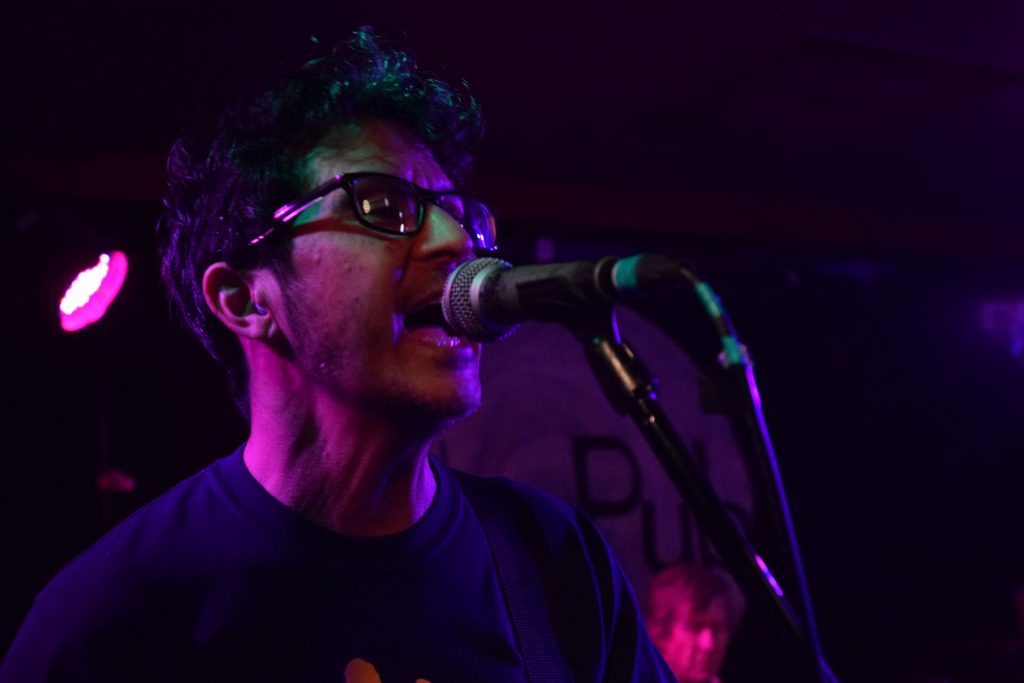 Almost twenty songs in they smash into their piece de resistance, ‘Black Lightning’, one of the greatest tunes ever to see the light of day. Without pause for breath they go straight into ‘Startime’, and Lisa goes on a walkabout through the crowd with wireless mic making sure everyone can see the startime.

There is no point leaving the stage, so after their first proper pause they rip into an encore including their version of Zep’s ‘Whole Lot of Love’ and guitsrist Bob, not to be outdone, goes for a wander up the back with his leadless guitar – before finally calling it a night leaving everyone satisfied that they had got their moneys worth.

Last time they were here, guitarist Bob and Singer Lisa were celebrating their wedding anniversary. They must have enjoyed it because they have come back for the band’s thirtieth anniversary. And whilst we think a band of this calibre playing a venue this small is an example of how twisted and messed up the music industry is, we aint complaining, because bands like this playing venues like this are what rock and roll is really all about. Long may the ‘industry’ get it wrong.