Subhumans, eighties anarcho-punk pioneers, swing through cardiff to wake up the locals.

I’m afraid the cider in the City Arms is too enticing these days for us to be in Clwb Ifor by 7:15, so we missed the first band. But there was no way we were missing The Blunders,  who over the last five years or so have earned themselves a well deserved following and have been tearing up clubs and festivals up and down the country.

The Blunders were pretty hot when we first caught them, but weren’t quite the finished article. A few years on and there is now very little room for improvement.  They well and truly have their shit together and thrill both dedicated fans and first timers. 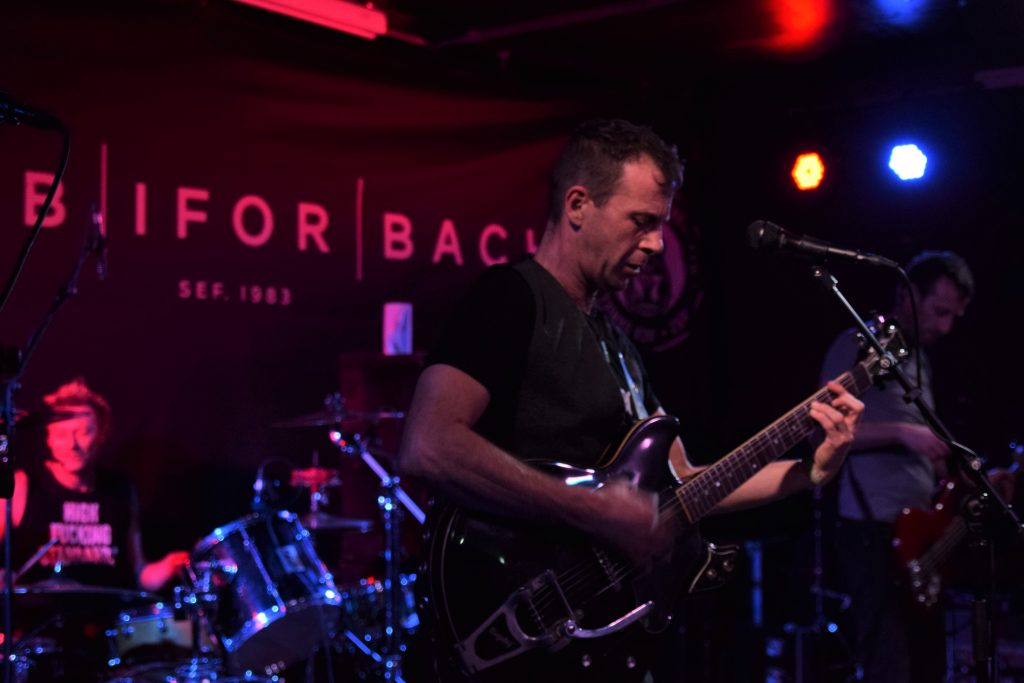 Given the political overtones and social commentary of their lyrics they could potentially be filed under ‘anarcho-punk’, but musically they are in a different place. Yes it has punk energy, rawness and anger, but it’s a twenty first century take on punk. As I sit here on the last train trying to review it I can’t quite find the words to describe their sound. It’s not particularly melodic and it doesnt have lots of riffs, it just sounds fresher than old school punk. It’s like someone has taken a beat up old punk rock banger, replaced the engine with a new modern turbo charged unit, given it a throaty sounding exhaust and a new set of tyres but left the body of it alone so it still has street cred and authenticity.  Like a ‘sleeper’ hot rod.

Anyway. I’m getting carried away here. Let’s just say I like them.

As they approach the finish line of their set the crowd demand TV Bastard, and they need very little persuasion to roll out their peice de resistance. They finish their set as they started, angry and energetic but with huge smiles on their faces.

I suspect they are still not quite the finished article, but you would do well to catch them now on their way up.

Service at the bar is a vast improvement on our last visit, there is no waiting at all, but the cider is an anti climax after the bourbon barrel stored cider in the City Arms. Time for a quick mingle between bands and there are plenty of old faces to catch up with. Some not seen for weeks, some not seen for years.

Then for the main attraction.  I have to say, back in the early eighties I was pissed off but spent most of my time trying to have a laugh. Whilst Crass were unavoidable the anarcho punk thing was too angry for me. It wasn’t until he formed Culture Shock and started bringing ska/dub to the punky party that I paid any attention to what singer Dick Lucas was doing. So, to be honest, I’m not over familiar with the Subhumas back catalogue.  And staying with honesty, their recorded material does not get a lot of time on the turn table now, even though I have grown more angry with age.

But live, these guys are the bollocks. How they have the energy to still deliver a set like this after four decades is beyond me. No wonder there is not an ounce of fat on the boy Lucas.

They tear the house down with an incendiary set and more than half the room turns into a mosh pit. First its kids so young their fathers are probably not old enough to remember these guys first time around. But soon the older heads are finishing their pints and getting stuck in.

I’m not sure if Clwb has a sprung dancefloor architecturally designed and installed,  but bounce the floor does as inhibitions are cast aside and legs and arms thrown in all directions. 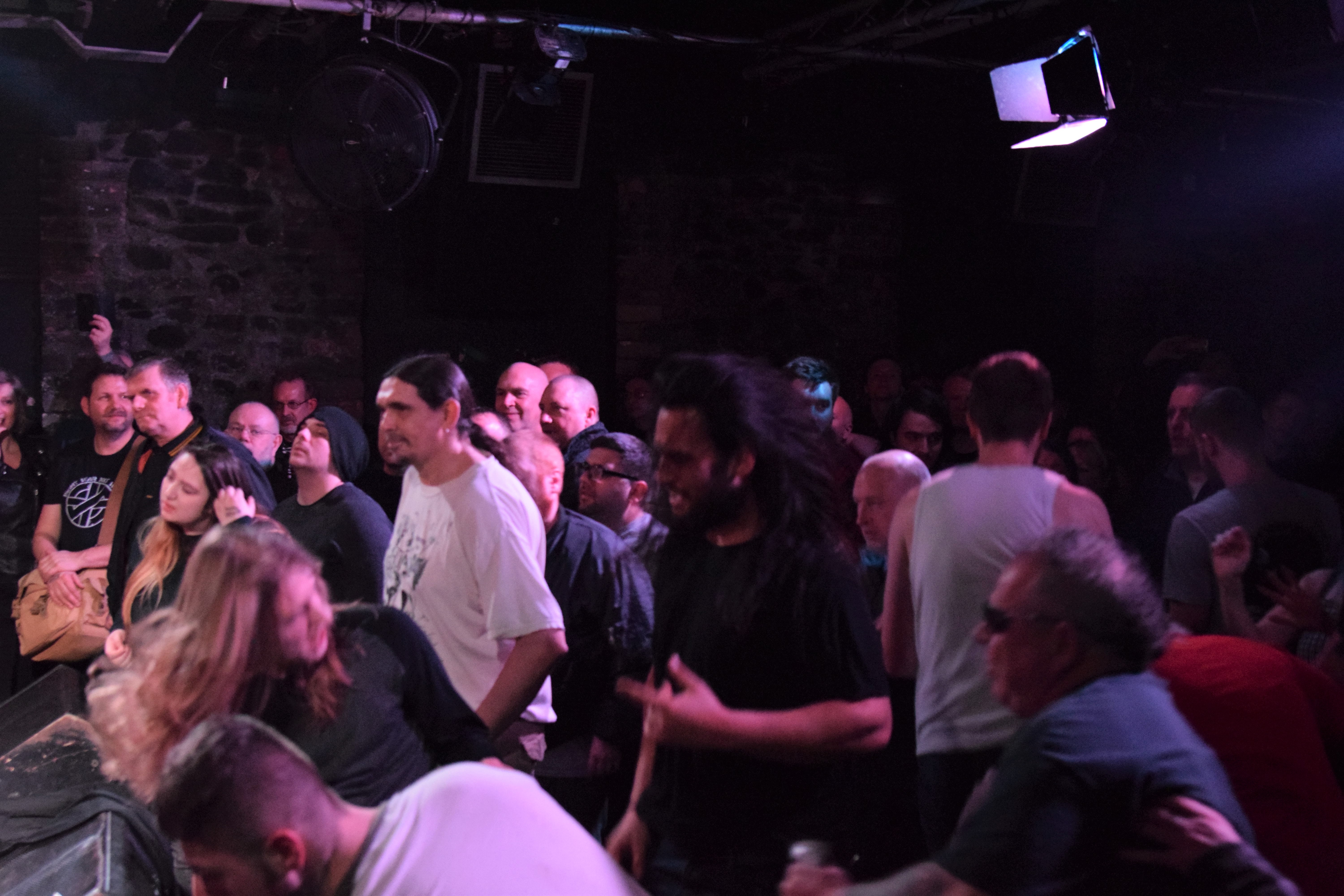 When not going out as the Subhumans half the band are still going out as Culture Shock or Citizen Fish, so this is a well oiled machine that has got its shit together and the set is tight, accomplished and defiantly danceable.

And just as you think it’s time for a rest, they dig deep and go into overdrive, with the mosh pit expanding like a collapsing star and consumes even more of the crowd and spills up on to the stage. Dick just takes it in his stride and carrys on regardless of the fact that the stage is full of punks.

And then, it’s over. Clwb gigs end at 10pm sharp these days. Not very rock and roll, but hey, it means I can have a drink and catch the last train, so no complaints from me

Half the crowd stay on stage for sweaty selfies with the band and I head slowly for the exit saying goodbye to the many faces that have turned up. Lubricated, energised and smiling. Turns out angry anarcho punk can be fun.