The big one. The Great Wall of China.

But first, a trip to a jade factory.  For factory, read gift shop. Quite impressive what they can do with Jade, the second hardest gem in the world. They tried to convince us jadeite is more expensive than jade. Which is silly. Everyone knows leatherette is cheaper than leather. The same obviously works for jade. None of us were in the market for jade though. Well, most of us weren’t.

I was keen to walk up the wall but we opted for cable car. It was a little bit busy on top. A bit like Queen Street in Cardiff on a Saturday afternoon.  Or Penyfan mountain on a bank holiday.

Photographs and selfies were taken. Loads of them. Some of them even had the wall in them.

We walked a bit as well.  The further we walked away from the cable car the less people got in the way of the photographs.

We bumped into some people who were taking action shots of themselves jumping in the air with a rapid fire shots. One of the gang had the bright idea that we do the same.

But eventually we came to a steep bit which we considered briefly, before heading back to the gift shop. None of us were mug enough to but anything though. No exceptions.

We pulled back into the car park of the Jade factory.  Panic stuck its head in the minibus but did not have time to settle as we realised there is a restaurant next door. A rather pleasing buffet this time. Most of the food was self-explanatory, although when mashed potatoes and blueberries became a desert nobody knows.

I’m not sure if the next journey was a long one or if we were lost. It was one to remember though. Or perhaps forget. It was impressive that no cyclists were harmed in the making of the movie of the trip.

I’m not sure if the Chinese have the equivalent of a Highway Code. Chaos seems to rule the roads. But despite drivers constantly beeping their horns, driving through red lights, doing U-Turns in the middle of busy streets and not giving way to pedestrians on Zebra crossings – no one seems to get angry, there is no road rage, people just take it for granted. I’ve been to Albania, which has the worst road safety record and highest road casualty record in the world. I felt ten times safer there than I do on the roads here.

By this time we were running a little behind schedule so we ended up sprinting through the Palace of Heaven and Earth (or something like that, must remember to look it up). 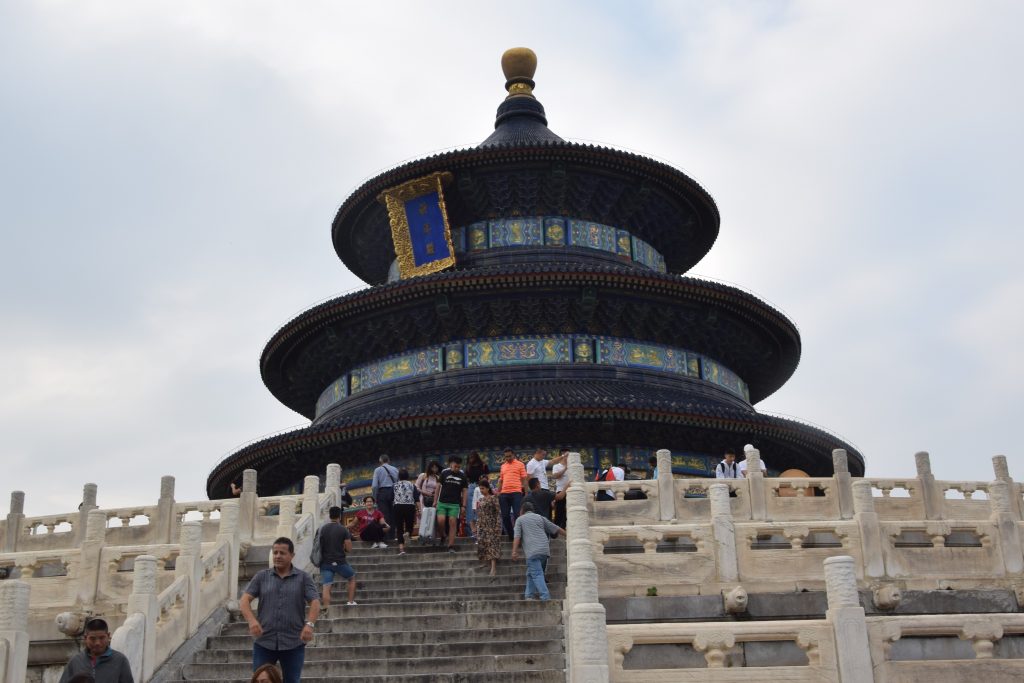 There were lots of little card schools in the park. Little did they know Dynamo was on the way to blow their minds with the best card tricks in the world. 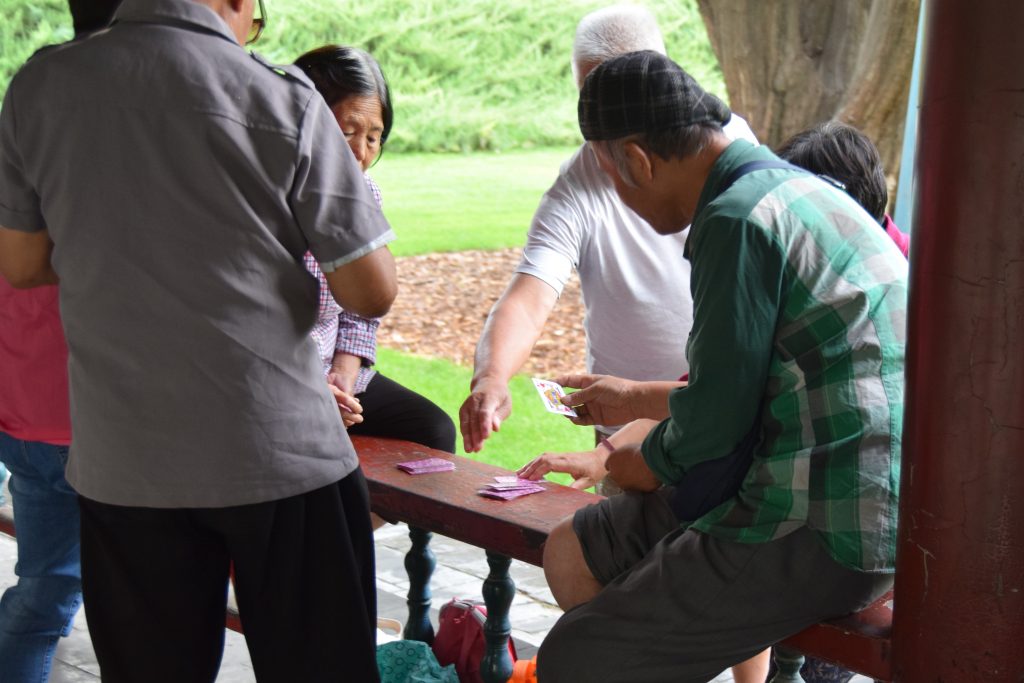 The final stop of the day was a kung fu show. An hour of immaculately choreographed violence.  It started out with a cross between gymnastics and ballet on steroids. They then progressed from snapping iron bars over people’s heads to common sense defying stunts involving swords, nails, paving slabs and a sledgehammer. We were inspired by some of the tricks to develop our jumping up in the air photography stunt – although in the end decided against it.

The show was over in an hour which meant it was not long enough to get boring and reduced the statistical odds of someone having his head chopped off.

Back to the hotel and we all did our own thing. I went for a walk and found that the hotel was not far from the Beijing equivalent of Queen Street.  It was still busy in the evening. It was a depressing clone of western town centres, with H+M, McDonalds and Gregg’s.  (One of those is not true).

I had a coffee in a branch of one of the world’s biggest tax Dodgers before buying some snacks made from peas and what I hoped was a bottle of green tea. It was. Then back to the room with Jim Bob.