Part one of a daily blog of six tourists having touristy adventures in China.

I suppose it started in earnest when I bought a new bag. Well, two bags actually.  The first was a new bag for my camera.  After the incident in the synagogue in Budapest I didn’t want my camera landing on a hard surface from a great height again. My new bag of many pockets would not eliminate that possibility, but it would minimise it. And, as it turns out, it had many pockets to store heavy things I did not know I needed to carry around.

Bag number two was a large suitcase. It came in an unfeasibly large box. So large it would not fit in the boot of my car. Why would a suitcase need so much packaging? I asked myself. It didn’t, was the answer. It was just an unfeasibly large case. I was the first customer in Argos the next day exchanging it for a more feasible case (other discount stores are available).

The journey to the airport was smooth and without incident. I even managed to remember to not leave my Chinese money in the boot of the car (oh how we laughed at that episode).

The wait at the airport was pleasant enough.  We did get mugged for an over priced omelette, it must have been cooked by a solicitor judging by the price of it. And I’m sure the hens did not see a fair distribution of the profits in this transaction.

We also had a reassuringly expensive lager (disguised as a cider)

Age and the final realisation/acceptance of how bladders work meant the traditional pre flight ‘session ‘ in the pub was frugal.

On boarding the flight the usual teaser of having to walk through first class was punctuated by seeing an old familiar face sat in the luxurious seats. Familiar, but unnameable. Was it a face from the union? Was it someone from a band I had given a gig? Was it someone I’ve met down the football? The youth wing on the trip advised me it was Dynamo the Magician. We decide to not get the cards out in case he puts them inside a bottle or turns them into cheese (with hindsight, the latter might not have been a bad thing)

On Air China being vegetarian seems to result in getting served first (unless someone else who hadn’t booked veggie steals you meal.  Oh how we laughed at that episode).

After food I dug out my book In the Shadow of My Former Self by Jim Bob from Carter, from my bag of many pockets and settled down to read. I had been looking forward to this. Then they turned the fucking lights out.

The current crop of inflight movies was a sad indication of the state of the current movie industry. I started watching the critically acclaimed Black Panther but after almost an hour I had to turn it off. Rewatching Equaliser Two it was.

Half way through the film the air stewardess tried to recover something from the overhead locker. I watched. And I watched. And yes, the bag of many pockets, with my camera inside, was soon heading towards a hard surface from a great height without a parachute.  Fortunately for me its fall was deflected slightly and then its fall was broken by a not so hard sleeping passenger in front of me.

On departing the plane, twelve hours after we first boarded, we were amazed to see that Dynamo the magician had disappeared. At what point in the flight this occurred we were not sure.

Chinese immigration is like no other that I have experienced.  The timing of the trip has been based purely on the fact that some of us have a two year visa that is due to run out. To get the visa we had to go into extraordinary detail in terms of where we were staying every single night and how we were travelling. The slightest mistake would lead to rejection.

Things have got even worse since we last came over. Visa applications now include a trip to the Chinese embassy in London to give finger prints. The youth wing had to go through this but as we had been before we had to provide finger prints on arrival at the airport.

We were met outside the airport by Tina. An extremely friendly English speaking tour guide who revealed all sorts of facts about Beijing.  She was indeed very knowledgeable. She had never heard of Wales though – so not that knowledgeable then. In fairness, she lives in a city with a population of twenty seven million, we come from a whole country that has a population of around three million. Wales would not even fill a small suburb of her home town.

We soon found ourselves in our hotel just in time to go in search of the nearest pub. But, due to not having slept for thirty hours decided to have a quick nap. Next thing I know it’s one o’clock in the morning and I am wide awake typing an uncharacteristically long blog post about nothing at all. Imagine what I will have to write about when we have done something! 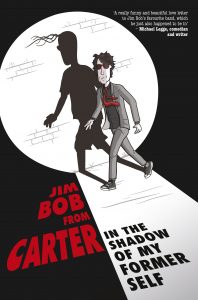