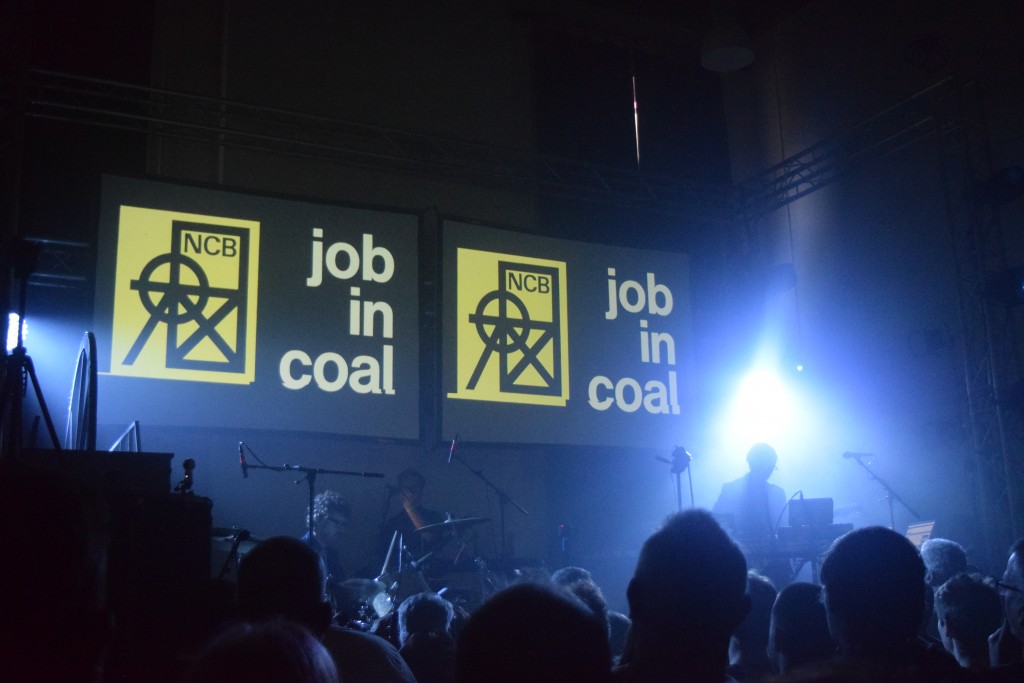 As the ballots papers were rolling in, hoisting Theresa May by her own petard, Public Service Broadcasting were in Ebbw Vale, launching their new album. ‘Every Valley’ reflects on the decline of industry in the valleys. Some would argue the decline was hastened by the last female Tory Prime Minister.

The timing was pure coincidence, the gig had been planned well before the snap election had been called, but the irony could not be ignored.

But hey, this is not a post about Westminster power trips, it is about a gig in Ebbw Vale that had ‘legendary’ written all over it from the moment it was conceived.

The third album from PSB is called ‘Every Valley’ and is “a story of industrial decline. It’s centred around coal mining in the UK, and in South Wales in particular, but it’s a story that’s been repeated across the western world and which has particular resonance in today’s political climate”.

The album was recorded in the Ebbw Vale Institute, a former Mechanic’s Institute, in the heart of what was once industrial south wales. Once home to a huge steel works and surrounded by mining communities, Ebbw Vale seems like the perfect place to record a concept album about industrial decline. Launching the album in the same building it was recorded made for a nice synchronicity. 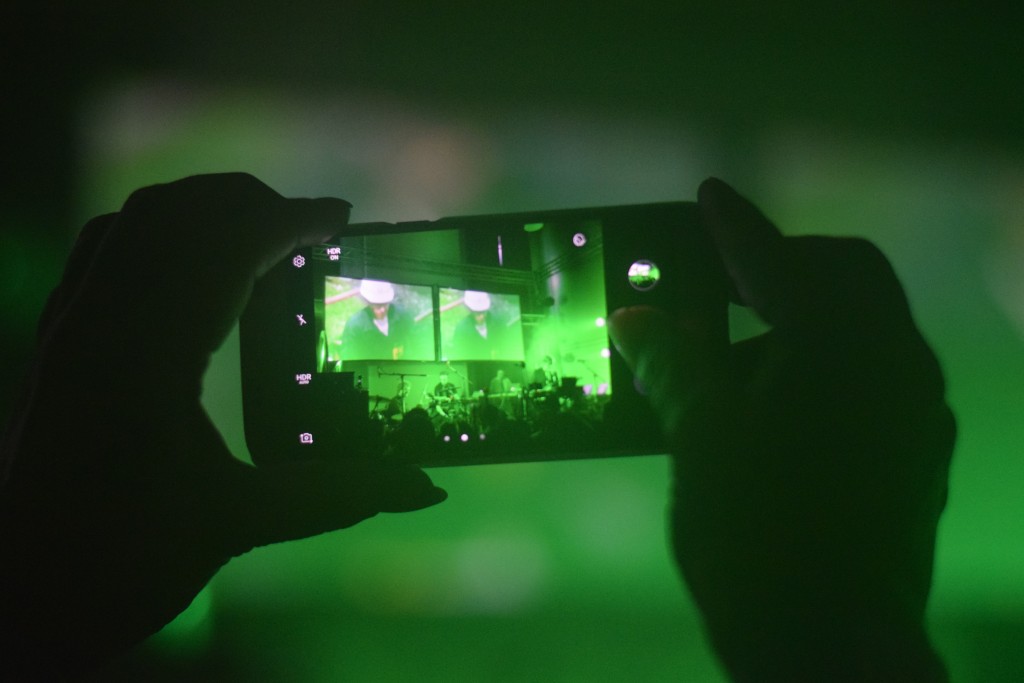 The two hundred tickets for the show sold out on line within minutes and when the day finally came, the venue was packed to the rafters. There had been a lot of press activity around the launch and the crowd was bolstered by historians, academics, members of the National Union of Mineworkers and the local Male Voice Choir who had been around to speak to the press during the day.

The packed auditorium resembled a tin of sardines simmering over gas ring but all eyes were on the stage waiting for the much anticipated gig to kick off.

As they walked on stage we were treated to something unusual from the off. The band can actually talk and do not always use computers to do their communicating.

Appropriately, they launched straight into a track from the new album. The fact that no one had heard it before did not stop the audience loving every minute of it.

We were then treated to an hour and a half of new tracks intertwined with selected highlights from the first album ‘Inform – Educate – Entertain’ and the second’ ‘The Race for Space’. As usual the soundtrack was belted out with two giant screens showing archive footage relevant to the track being played in the background. 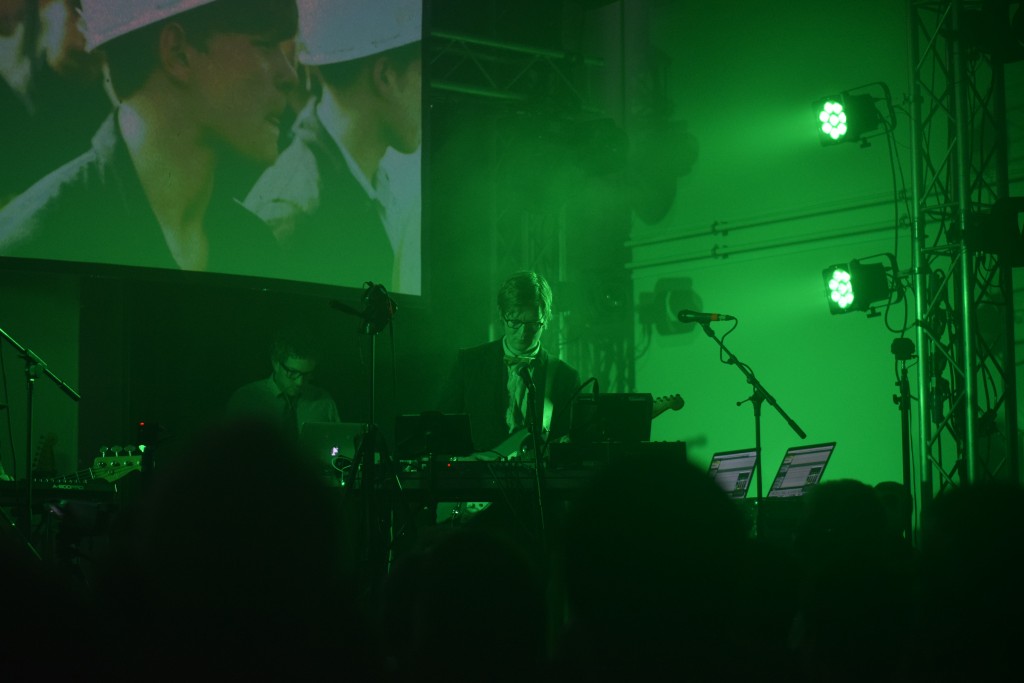 For the uninitiated PSB play chunky, funky, rocky instrumental music with samples from public information broadcasts, old TV documentaries and propaganda material. This time around, for the new album there will be samples of interviews local townspeople in Ebbw Vale about their histories with the mining industry in the region.

For live gigs they usually stick to not only using computer samples for the music but to interact with the audience. At this gig they proved that not only can the band talk, but on the new album it appears that can also sing! Guest vocalist Lisa Jen Brown of 9bach joined them on stage for a duet with J. Willgoose Esq on the new track ‘You and Me’. Other guests on the album include James Dean Bradfield and Tracyanne Campbell.

The use of computers to do all the talking between songs is amusing, but the joke wears thin after you have seen them live several times. The resorting to actual human interaction was a refreshing and welcome development 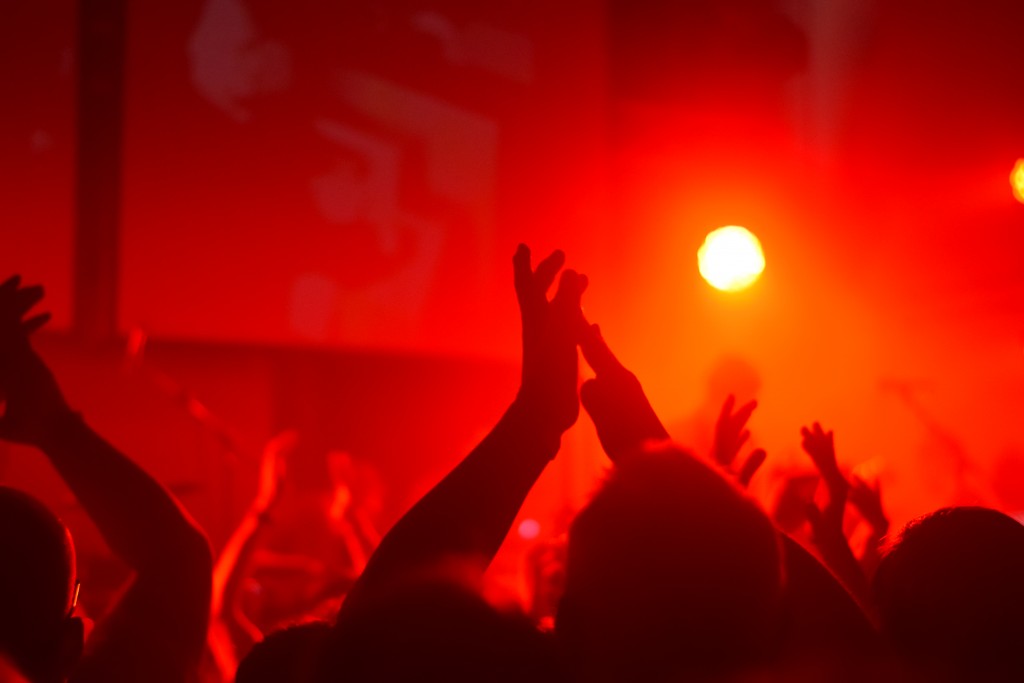 This reviewer was a little disappointed that more of the new album was not given an airing during the gig but this is a little picky. Given the two previous albums contain some of the best music recorded this century so far, it would be churlish to complain about hearing the old tunes again.

New material combined with the new organic approach means the Peppermint Iguana crew will be making an effort to check them out live again in the future.

The album, ‘Every Valley’ will be hitting all good record stores on 7th July, but you can pre-order if from the band now