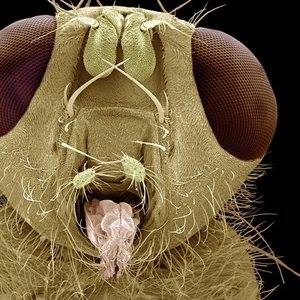 Question: What do you get when you put a shed load of Cardiff’s most unhinged creative types in a room together?  Answer: Clusterfuck. And this is their latest release. Thirteen slices of deranged floor fillers.

The biggest problem with ‘techno’ (or whatever you want to call it) is that many artists find their killer beat and just rework it time and time again resulting in – erm – repetitive beats. Clusterfuck can never be accused of falling into that trap.

What we have here just shy is fifty minutes of phat beats and dope breaks that get ya ass shaking and head spinning, with each track taking you in a new direction. The common denominator is that the bass lines are deep and heavy throughout, causing involuntary bobbing up and down but the BPM counter always manages to stay below the red line of ‘gabba’.

It helps to fend of the repetitiveness by bringing in a host of ‘special guests’. Efa Supertramp, Keef It Real, Captain Hotknives and Donald Trump are just some of the crew that help this paddle this album down the crazy river. Their irreverence and cheeky sense of humour also prevents this becoming just another boring techno record. Nothing is too serious, too hot or too heavy for these guys.

Drugs, death and Swansea are just a few of the topics covered here. They somehow manage to demonstrate that they are anti-establishment without really saying it. They are probably anarchists but don’t even know it, cos they are too busy having a party to contemplate shit like that. Which is how it should be really.