Penetration were born out of the maelstrom that was the first wave of punk back in 1976, before the chord police dictated that you should play no more than three chords and they should all be played super fast. Although this is not quite the original line up, the current band all came out of that same old school where energy was matched by rhythm.

Forty years on Penetration have grown old gracefully. Unlike many of their counterparts who have reformed, they don’t try to dress like twenty year olds, they look like seasoned musicians with rock and roll jackets and shirts.

Tonight, in Clwb Ifor Bach, the band set things in motion by getting into an instrumental groove. Singer Pauline Murray then slowly wanders through the crowd and climbs on stage, complete with silk shirt, waistcoat and trilby.

They kick off the set with a half dozen numbers from the new album, Resolution, released in 2015, which go down well. Pauline then has a chat with the audience about the merits of old tunes v new tunes and never knowing what a crowd wants, before storming into some old classics from back in the day.

A few numbers into the older material Pauline again chats with the crowd about how the older numbers require a bit more energy. She tries to engage with the audience on several occasions but the Welsh accent has her totally flummoxed and she is not even sure if the audience are speaking English.

Unlike many of the old punk bands that have reformed, Penetration were never household names and even their biggest hit ‘Don’t Dictate’, is probably only known to dedicated punk anoraks. As a result the crowd was small, but discerning. Most of the crowd looked like they were probably around when the band were in their heyday. After being encouraged to come closer to the stage by Pauline, an intimate vibe was created and it was smiles all around.

During ‘Don’t Dictate’ Pauline handed the mike over to someone in the crowd. This is always a risky strategy which often ends in drunken disaster. Tonight she passes the mike to an old head that had been on the lash all day watching Cardiff City beat Derby County in the afternoon – but he managed to stick to the script and helped with the party atmosphere. After the number he asked for the mike again and told us that he had lived his life by that song and had never let anyone dictate to him. He had a grin as broad as his face, knowing that he had sung with one of his favourite bands, but everyone else looked pretty happy.

That was the story of the night, a small but dedicated crowd lapping up every minute of it, doing enough cheering and bouncing for a crowd twice the size (and half the age).

When the main set was done, as Pauline stated; “well this is the bit where we normally go off and wait to see if you want an encore, but there is nowhere for us to go in this venue so we might as well stay and carry on”.

And then they were done. And the smiles remained firmly planted on the faces of the middle aged punks as they filed out – making room for the young clubbers coming in to party though the night.

Thanks to Claire Strodz for the pictures 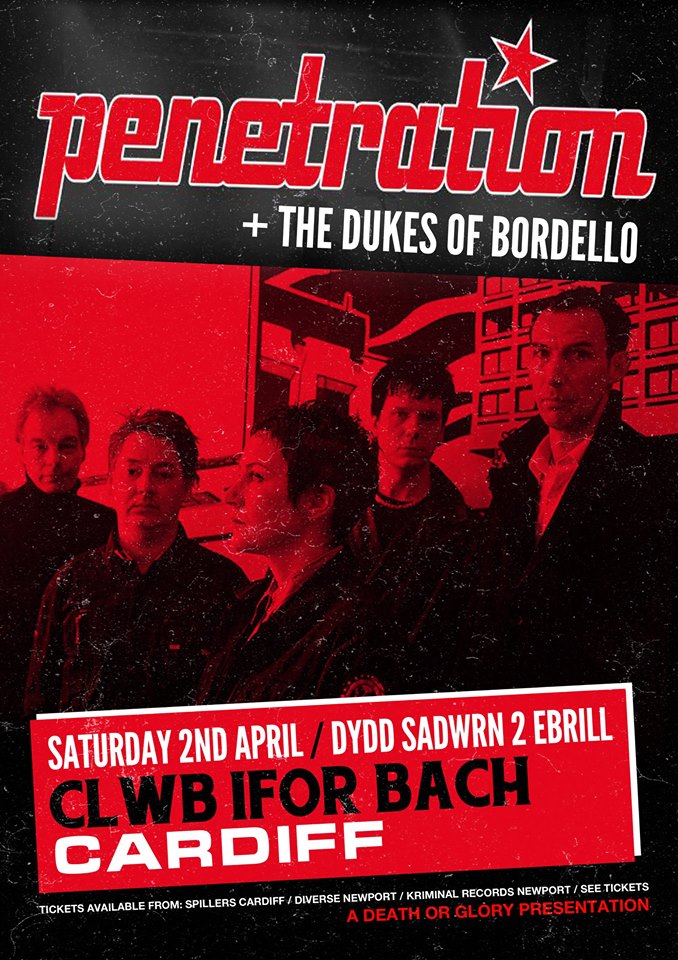