Mammoth Weed Wizard Bastard pretty much sound like the name on the tin. Which is a good thing. Right? And Slomatics, who also feature on this split 12″, hang out in the same dimension. 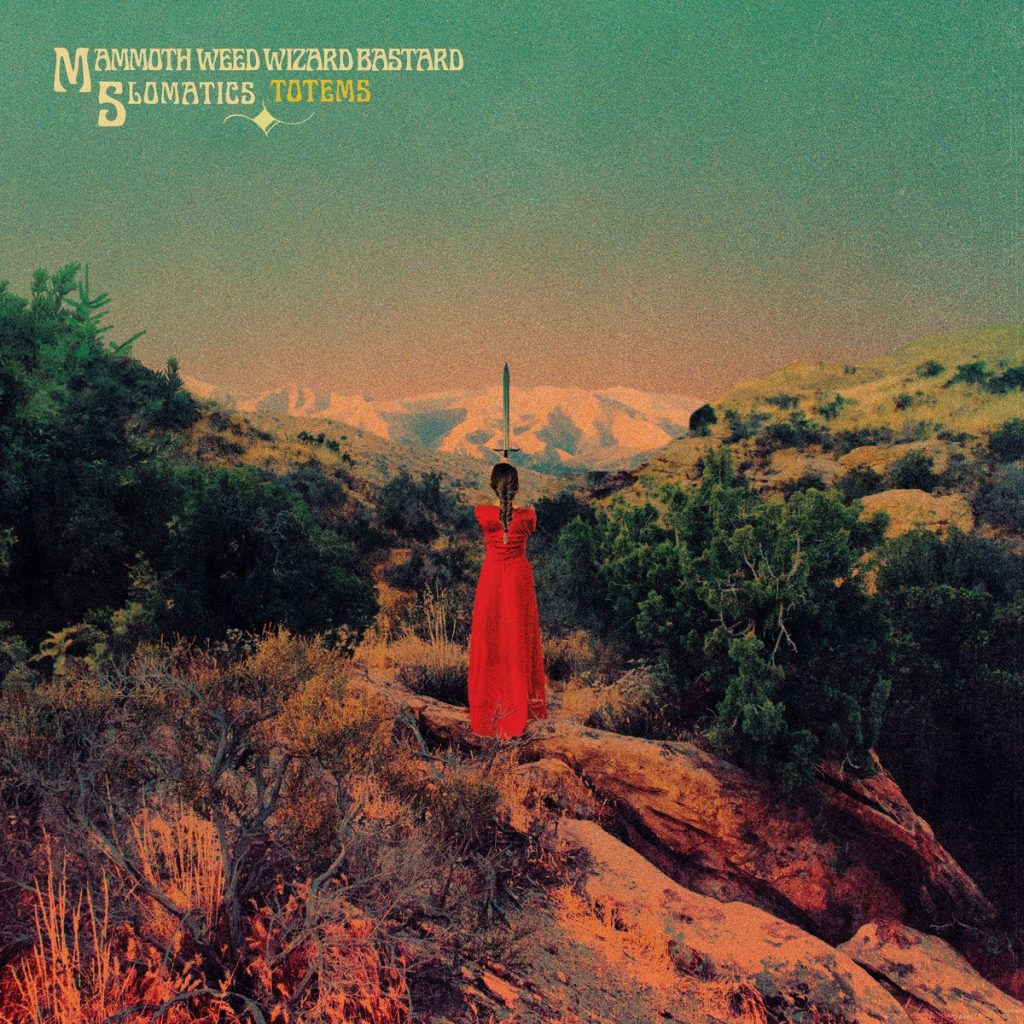 We all need a bit of extremity in our life now and again. Don’t we? If only to remind us what the possibilities on the boundaries of the outer reaches of normality are.

Hailing from Wrexham, Mammoth Weed Wizard Bastard are happy to dish out some extremes for you with their own brand of ‘Druid Doom Riff’ (their description not ours we are afraid, although we wish it was ours).

On one side The Weed Wizard’s give two sonic torpedoes that are so heavy they have their own gravitational field. Not heavy, as in super-fast guitar wank, but heavy as in slow ominous thunderous drones with a riff laid over the top. Like they are dragging out time itself. There are no doubt heavier bands out there, but we can’t think of any off the top of our heads.

They say that in space no one can hear you scream. But we are pretty confident that this shit transcends normal physical boundaries and can be heard on the other side of the universe.

‘The Master and His Emmissary’, the twelve plus minute opener to the album, tears a hole in the fabric of space and time and brushes mere black hoes to one side in the process.

‘Eagduru’, clocking in at a mere ten minutes forty, follows it up with what sounds like an intergalactic battle cruiser being jumpstarted on the edge of the galaxy.

Yes, these guys probably have “Seen things you people wouldn’t believe. Attack ships on fire off the shoulder of Orion. Watched C-beams glitter in the dark near the Tannhäuser Gate”. They are, after all, from Wrexham. But, “all those moments will not be lost in time, like tears in rain”, because they are documented here, on limited edition (well, sold out actually) 12” vinyl and digital download.

Belfast based Slomatics provide a counterbalance on the other side of the vinyl/universe to stop the galaxy spinning off its access. Equally heavy, equally doom laden, equally extreme.

They provide three neutron bombs in the shape of ‘Ancient Architect’s’, ‘Silver Ships into the Future’ and ‘Master’s Descent’. Clocking in at almost juke box friendly eight minutes-ish each.

In their own words “Slomatics aim to reduce riffs to a primal state of heaviness, to produce music which whilst imploding under its own weight, creates a joyous and euphoric state of wellbeing which can only be obtained with a slew of vintage amplifiers, fuzz pedals, analogue synths and an alarming array of percussion instruments”. To be honest, after listening to this album twice whilst writing this review, we need a bit of a lie down, so we are not going to bother trying to better that description. Although we are not sure we could anyway.

HEALTH WARNING: Do not drive or operate heavy machinery whilst listening to this album.