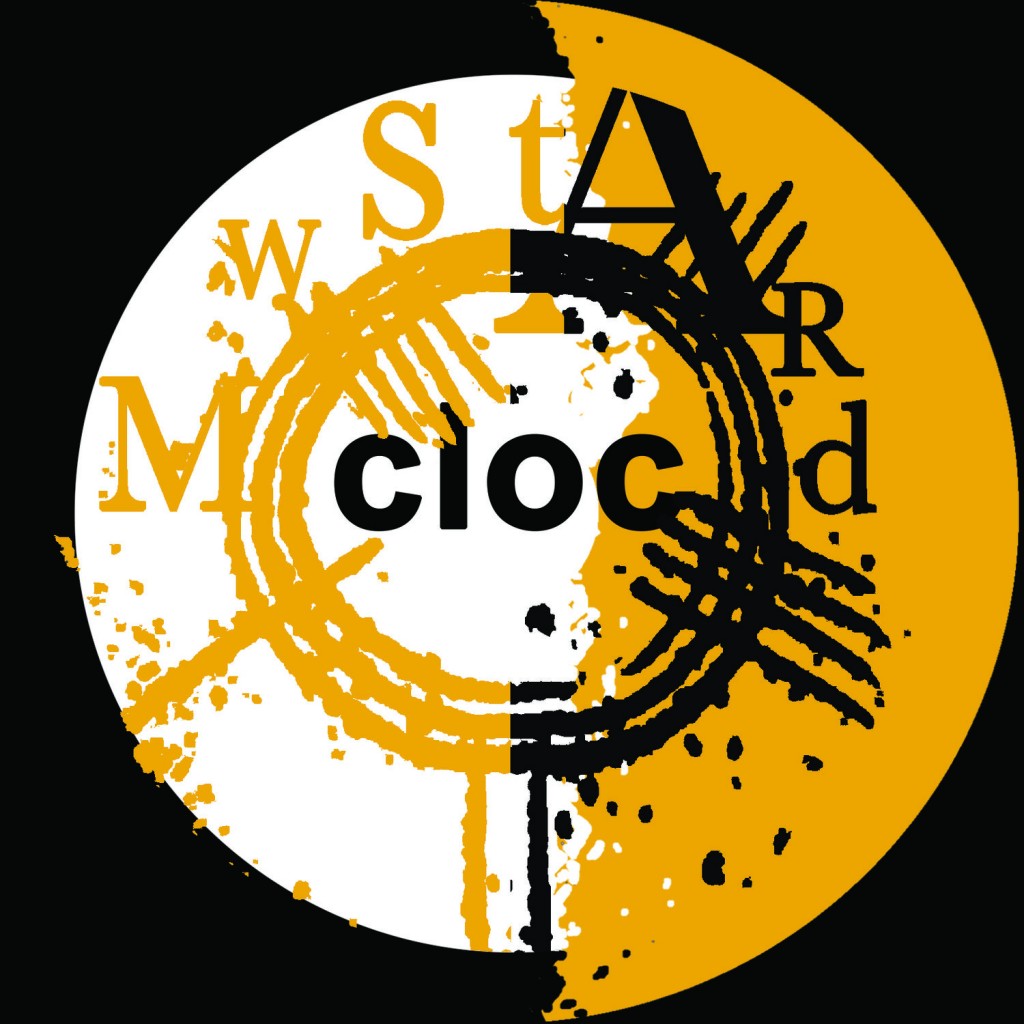 Bass does not have to be sat in the back as part of a rhythm section. Lots of bands have worked that out over the years. And so have Mwstard.

When the three members of the band got together in a community hall in to see Jah Wobble and Keith Levine recreate metal box at the Laugharne Festival they decided to form a band.

They had all been around the block a bit before, so it did not take long for them to start making their bass heavy dub-jazz-post-punk racket. As Laugharne’s most famous resident, Dylan Thomas might have said, “ugly, lovely music … crawling, sprawling … by the side of a long and splendid curving groove. This music was my world”

Three years on from that gig we have ‘Cloc’. Eleven slabs of post-industrial dub punk, creating a dark soundtrack to winter nights in deepest West Wales. Given how they met, it is fair to say the spirit of PIL shines through their music. The in ya face bass also brings to mind New Model Army and early Stranglers.

Throw in the fact that it is bi-lingual – sometimes Welsh sometimes English – and we have an unusual little outfit, not interested in following the crowd.

Power to their elbow.

Get a digital copy here