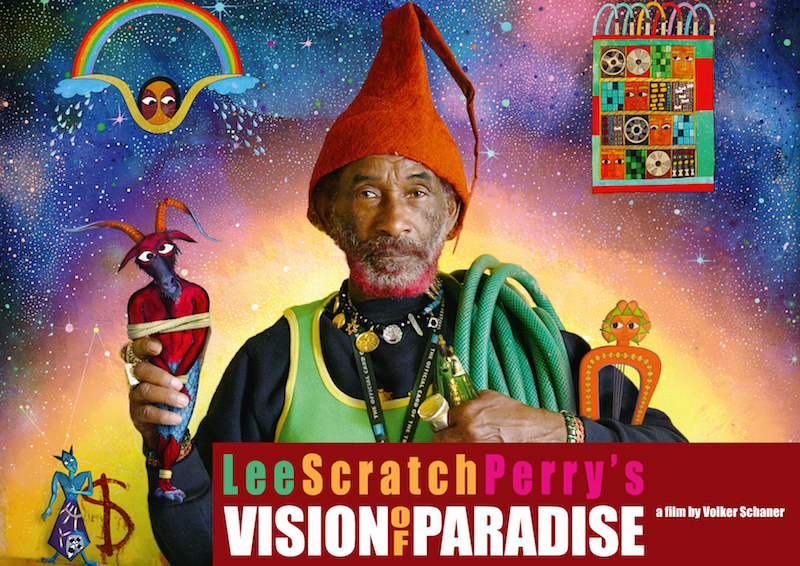 Whilst Lee Scratch Perry is hardly a household name, there can be few people on the planet that have not been touched by his work or the ripples in the musical pond that have been caused by the sonic stones he has dropped in it.

This film is the culmination of footage collected by the makers over fifteen years. If you are not familiar with the man, don’t expect to a chronological documentary detailing his life and his work. This is more a collage mixing animation, interviews with people he has influenced and conversations with the man himself. The result is an insight into the workings of the mind of a man who straddles the border between genius and madman.

There must be a side to Perry that is a functioning human being that can dress himself and go to the shop, but he comes across as being constantly one fish away from being sectioned. One minute he is stashing ceremonial swords in his studio in case he has to fight off the devil, the next he is in the sea chanting about vampires; one minute he is painting his shoes and putting money in the sole so he can walk on the queen’s head, the next he is setting fire to things.

One thing is constant though, he is always creating art in one form or another – be it music, sculptures or decorating his studio. Even walking down the road or going for a dip in the sea turns into a piece of performance art – and we get the impression it is not just for the cameras. 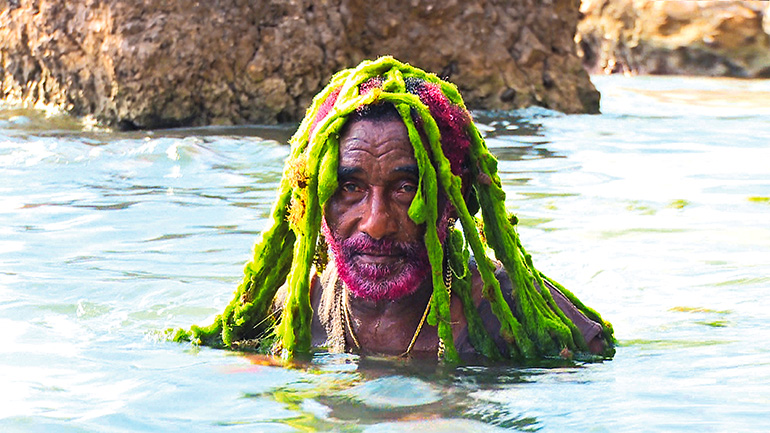 The film is subtitled throughout, even though he is speaking in English; such is the depth of his Jamaican Patwa.

In amongst the stories of vampires, Jah and Haile Selassie, we get the odd tale of the early years of dub and his relationship with Bob Marley (which did not end well). We also get contributions from the likes of Youth, Dennis Bovell, Adrian Sherwood and the Mad Professor – old school Jamaican contributors are noticeable by their absence.

There are scenes of Perry in the studio with the Orb, and you can tell from the looks on their faces that they are in awe of his genius – but even that descends into dancing around the campfire.

To fully appreciate the film, you have to know who Lee Perry is. This aint for beginners. However, if you are familiar with the man, this film brushes aside trivialities like chronology and history and lets you peek inside the brain of one of the most important musical artists of the late 20th Century – and indeed the early 21st.