Earthless play rare UK show in (or should that be on?) The Thekla, Bristol.

That one event would have made for a bloody good weekend, but as the date drew closer, the weekend started filling up with Beltane Shenanagins and the All Roads Festival in Glastonbury (review here).

All Roads turned out to be heavily dominated by lots of heavy psychedelic bluesey funkiness. Which turned out to be the perfect warm up for Earhless, who are masters of heavy psychedelic bluesy funkiness. I’ve always had a yen for this sort of thing, but I have found lately that there is more and more of it seeping into my world. And you will hear no complaints from me about that.

Before the gig we have a little wander around the dock. Like so many docks around the UK, it is a cultural destination with bars, restaurants and museums these days, rather than an actual docks. 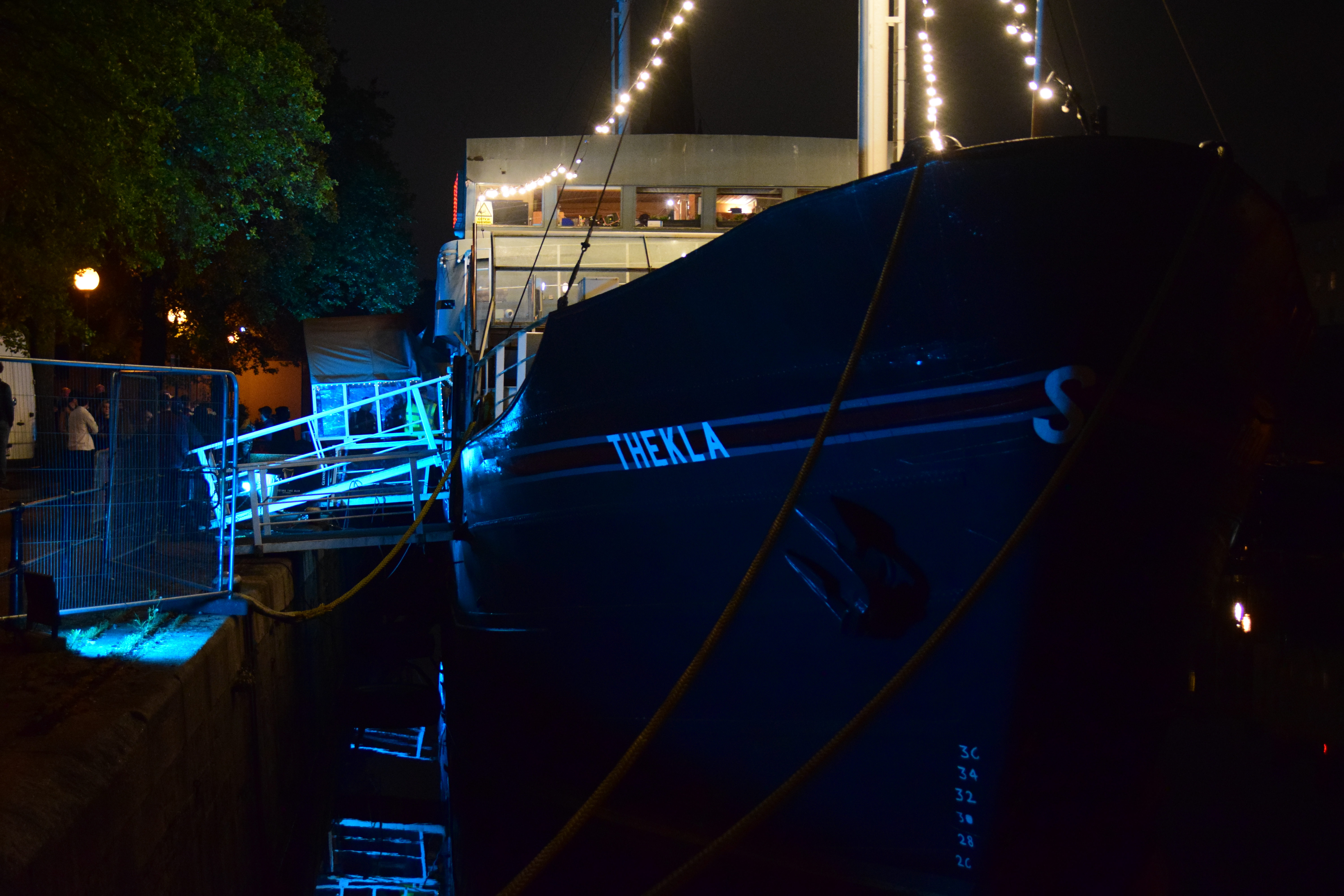 The Thekla is a former German cargo ship built in Germany in 1958. In 1982 the ship was bought by Ki Longfellow-Stanshall, the wife of Vivian Stanshall, refitted, and brought to Bristol in 1983 as the Old Profanity Showboat. It was used as a theatre to showcase music of every sort, including cabaret, comedy, plays, musicals, and poetry events. The ship also contained an art gallery. The living quarters were home for Vivian, Ki, their daughter, Silky Longfellow-Stanshall, and Ki’s daughter, Sydney Longfellow, as well as a few key personnel. By 1984 it had become the Thekla and became home to live gigs and club nights. The rest, as they say, is history.

We make our way to the venue shortly after the doors had opened, but as we wandered down the stairs into the bowels of the boat, Maida Vale are already on stage. They are a four piece all female band from Sweden and, as you would expect from a band supporting Earthless, are heavy and psychedelic. I knew nothing about them before stepping into the gig, but they won me over instantly. Judging by the faces in the crowd, I was not alone. They have everyone’s undivided attention, they have heads nodding in appreciation, and they have my hand in my pocket looking for the cash to buy the latest of their two CDs. 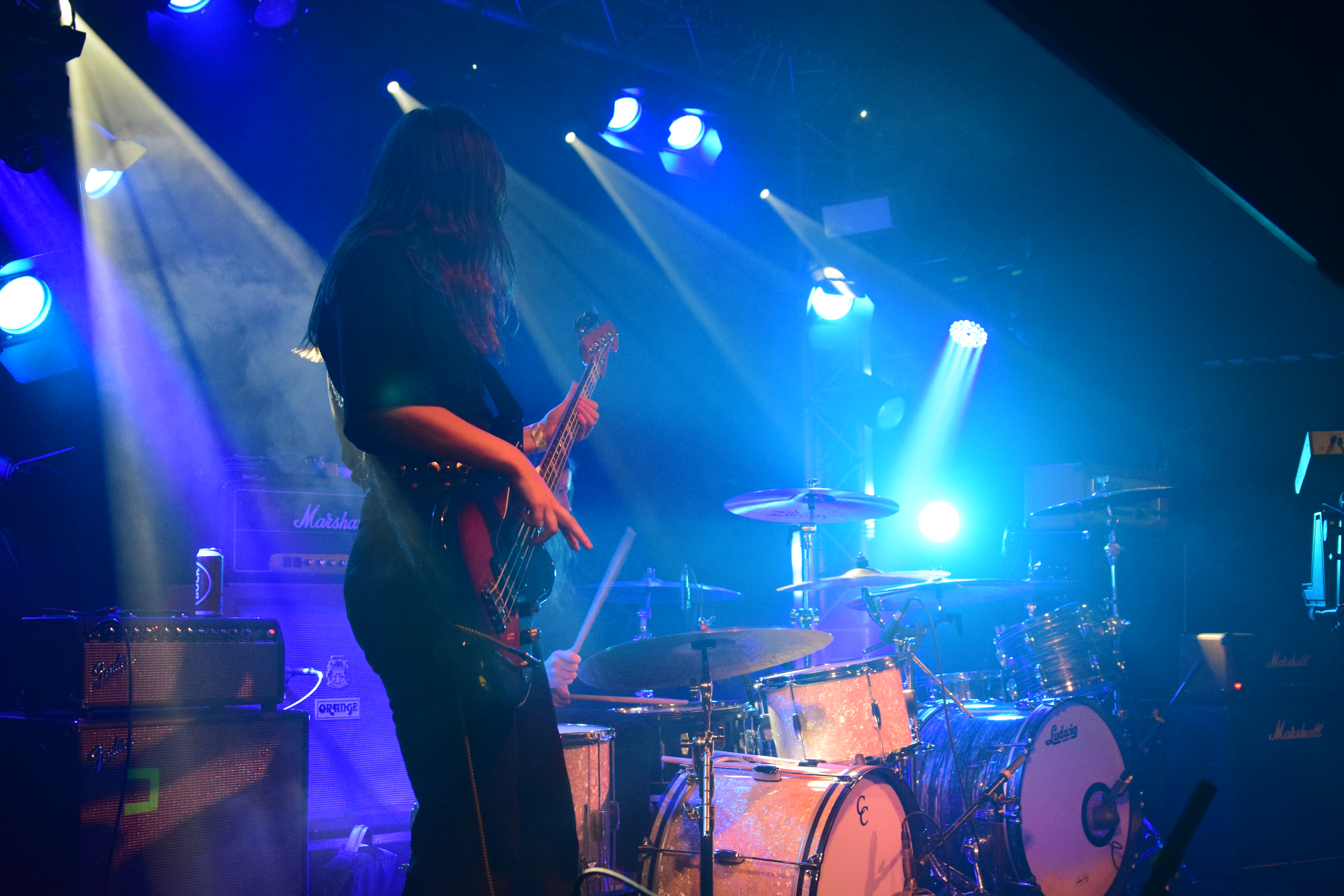 During the interval we have a mooch around the boat and find ourselves a spot on the balcony above the stage – giving us a bird’s eye view and something to lean on, propping up our now weary bodies.

Formed in 2001 in San Diego, Earthless are a three-piece band that play mostly instrumental psychedelic rock. There are no capes involved here, no banks of synthesisers and no goblins. This is not ‘prog-rock’, this a blue-collar, no frills psychedelic stoner rock, for guys and gals that come home from the factory and want to put up their feet, crack open a cold Kool Aid and trip out.

The average Earthless tune lasts about three days, but at no point do they become boring – the tunes are too busy, two funky and too – well – mind bending to get boring. The first time I heard them I remember sitting down and just thinking ‘wow, that was pretty intense. Let’s do it again’. When I first played their recent live album, ‘Live In The Mojave Desert Volume One’ in my car, I was totally lost in the music. When it finished I realised I was driving quite a bit faster than I should have been and I didn’t remember any of the journey for the previous twenty minutes.

I appreciate that any northern soul or reggae fans reading this will think this sounds dreadful. They are undoubtedly an acquired taste. But if this is your taste, they are the masters and will blow your mind. 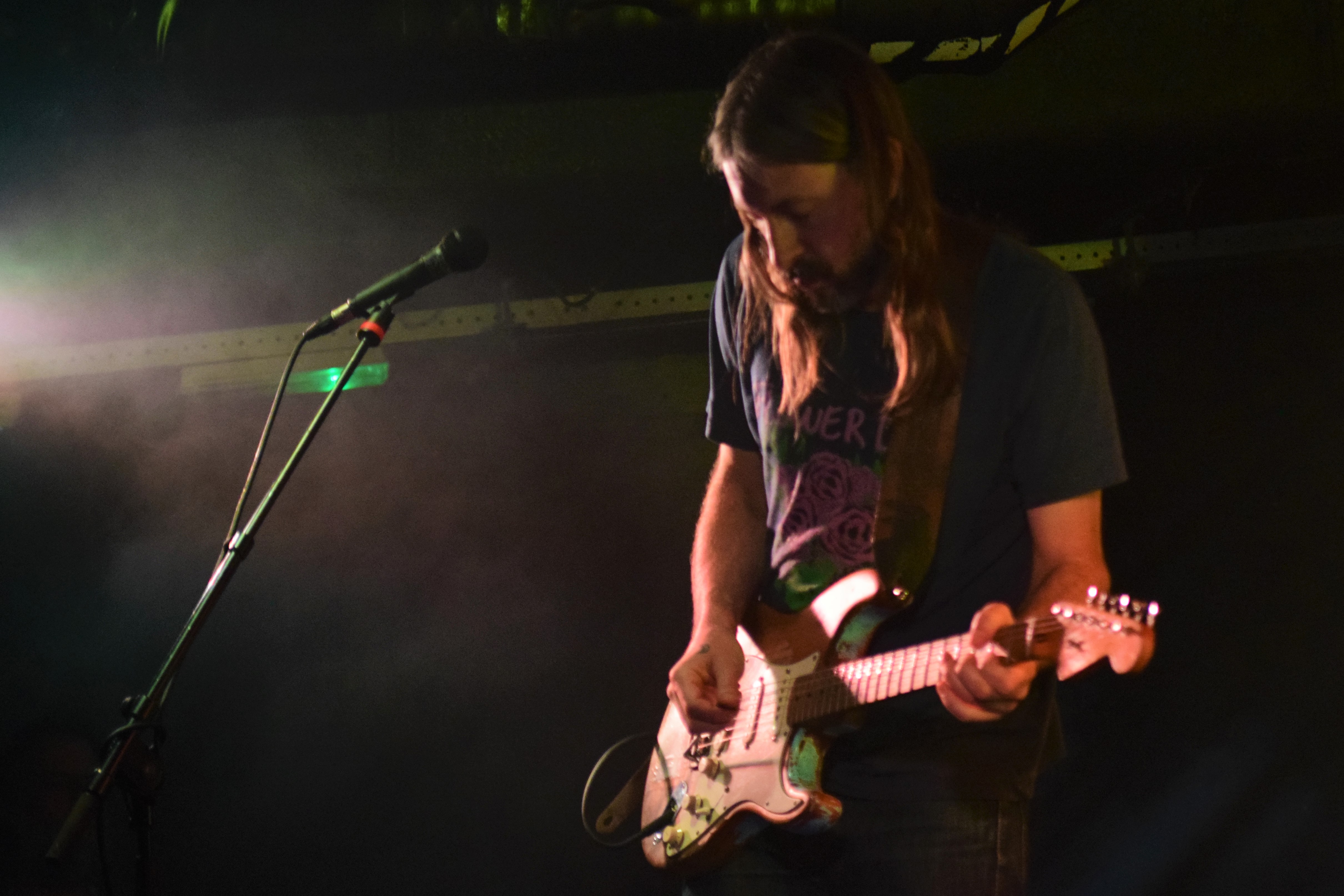 There is one minor problem with playing elongated blissed out instrumental tunes. Sometimes, the lack of lyrics can make identifying a tune a little complicated. If you have a CD in your hand, you can work it out, but at a gig, it is more of a challenge. Now I’m going to take a stab at it and say that the first two numbers tonight were ‘Night Parade of One Hundred Demons Part One’ and ‘Night Parade of One Hundred Demons Part Two’, taken from the new, sixth studio album, which is called, wait for it, ‘Night Parade of One Hundred Demons’. The album only contains three tracks, the third being ‘Death to the Red Sun’. Each track clocking in at twenty minutes, or thereabouts. ‘Red Sun’ might even have been the third song, by this point I was drifting down a cosmic loophole – and I wasn’t even drinking. I’m not sure there was a fourth song, there might have been. I do recall that the encore was much shorter, a mere ten days long and had some singing in. I think it was ‘Electric Flame’

I also recall looking around as the lights came on and everyone had a stunned smile on their face that just said ‘wow’. We had been collectively blown away by a shared an experience that very few people get the privilege of witnessing. I could see in people’s eyes ‘the rest of the world really don’t know what they are missing’. Although I think deep down this would scare the living daylights out of most people.

Fuck the rest of the world, I have experienced it and my life is more fulfilled for it. Come back to the UK soon please fellas.

In case none of this makes sense – here be a video