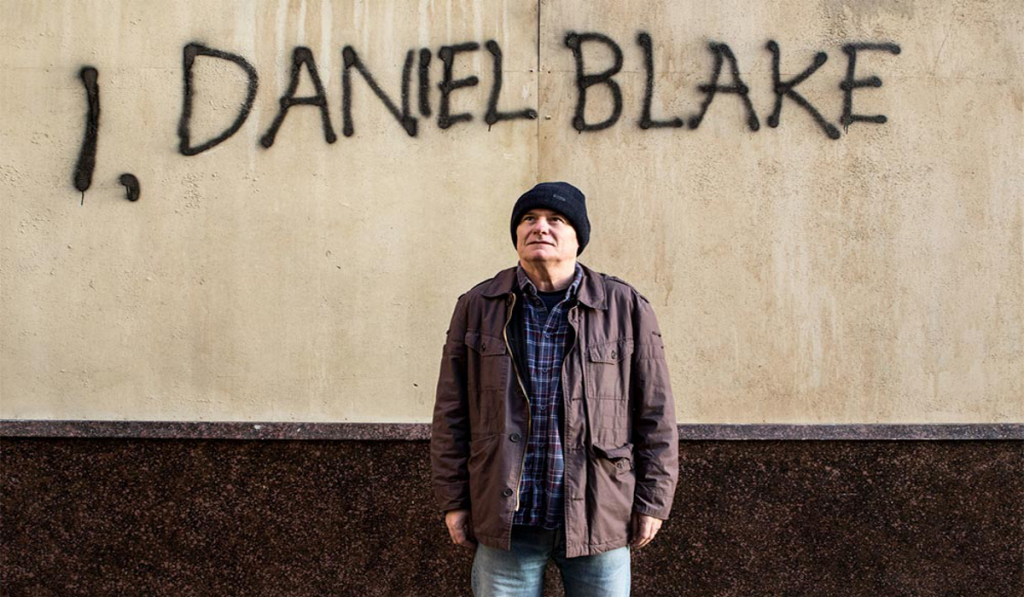 Ken Loach has a knack for making extraordinary films about otherwise ordinary subjects. And yet again, he has hit the mark.

Daniel Blake is a lifelong carpenter who has had to give up work due to a heart attack. He is then thrown into the mincer and has to deal with a benefits system that, contrary to the opinion of his GP and his Consultant, tells him he is fit to work.

It is fair to say that the film depicts someone going through a ‘worst case scenario’. But the fact is, what he goes through is not uncommon. There are lots of people that have to go through this humiliating process – having to appeal on line, even though they don’t know how to switch a computer on; having to claim Job Seekers Allowance, even though they are not fit enough to seek a job and wading through the bureaucratic treacle that moves at a glacial speed.

Even though Blake is in dire straights, he still spends most of his time helping another family that have their own problems.

If you are able to watch this film without shedding a tear, you have no heart. There are times when it is incredibly hard going. Without giving away any spoliers, the scene in the foodbank makes you want to shout, scream, kick things, cry and cuddle the people involved all at the same time. But, as is the way with life, there are chuckles. There are enough people in the film with compassion and love to show that the world is not all bad.

Loach apparently came out of retirement to make this film because he was so angry about what this government are doing to ordinary people. At times it feels a bit like we have stepped back to the days of ‘Boys from the Black Stuff’, with the spirit of Yoser ‘Gis a Job’ Hughes being revived.

Although this is a fictional drama, it strikes a chord and has already made a few Tories guiltily squirm with embarrassment at the situation they have presided over. In one hour and forty minutes Loach does as much to show up the Tories as Milliband did in five years. Let’s hope he does not slip back into retirement any time soon.