Second album from The Brewer’s Daughter, AKA, Rhiannon Crutchley. 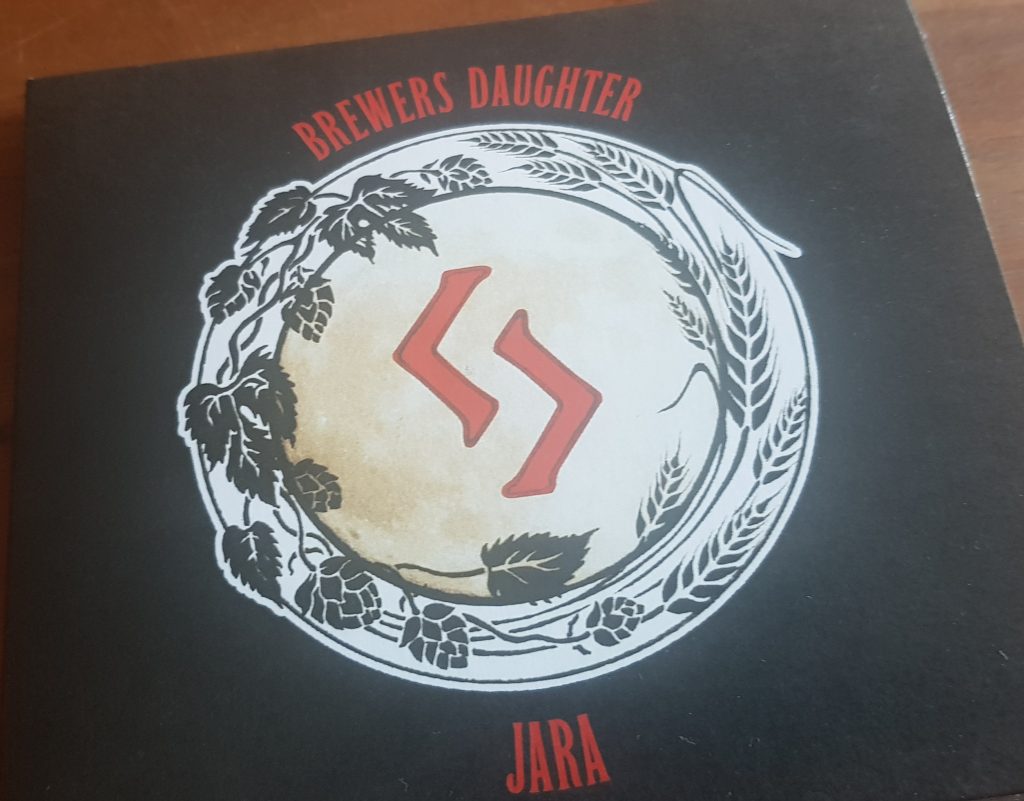 Rhiannon will be a familiar face to anyone that has been to a half decent festival in the last few years. Not only does she perform (mostly) solo as The Brewer’s Daughter, she has also been known to add a bit of diddly to the sound of festival legends Tarantism and AOS3.

For the last few years she has lived on a narrowboat travelling up and down what is left of our waterways and – as her stage name suggests – she really is a brewer’s daughter.

Although hailing from Northampton, her peripatetic lifestyle has resulted in an accent that can’t quite be nailed down, giving her a unique voice.

She has picked up the baton of the age old tradition of folk music that so perfectly fits in with the traveller life style. She stays true to the musical style of the art and, in keeping with folk singers through the ages, sings about what she sees around her.

In the case of the opening number ‘Corks’, she sings of travellers that have opted for the aquatic lifestyle: “And we float, like cork on the water, just a place where we go, to get our heads clear.”

Rhiannon is deeply concerned about what is going on around us and sees her music as a form of activism and hopes to bring attention to some of the things see sees around her. Such as ‘Shells’ in which she relates to the refugee crisis: “As a child she’d collect, shells on a beach, nowadays,  it’s shrapnel”.

“I wrote it upon hearing of my friend’s experience with those living in horrendous conditions in the jungle in Calais a fair few years ago”, she told us.

‘Language’ is a utopian antidote to xenophobia and celebrates the mixing of cultures; dreaming of a time when there are no borders.

And so it goes, traditional themes of heritage and love, intertwined with hopes of a better world. Whilst some of the songs have a modern setting, thus it has always been with traditional folk.

Having been around for some time, she gets a helping hand here and there from the festival family.  Magnus from Tarantism throws in some piano for ‘Dodola’; Fraggle from Back To The Planet splatters some electric guitar and a little bass here and there and Richard Molde Chester from the Skraelings adds vocals (read ‘viking chants’) on ‘Ehwaz’.

Max Read and Guy from Back To The Planet help out with production to give the whole thing a smooth professional sound. This was the first time Guy had worked on a folk album, but you can’t tell. Lockdown meant things had to go on hold which is where Max came to the rescue, based in Northampton it was far more practical. But he was no second best, having previously produced a couple of Tarantism albums.

You can read a cap doffing blog to all the Fiends that helped here.

Talking of professional – for a DIY production this all comes wrapped up in a slick packaging with lovely lyric booklet – with a little bit of help from The Kenneth Fund. Again many festival friends help out with the artwork. (We don’t normally bang on about the packaging but it really is a thing of beauty.)

The cover art shows the celtic rune Jara (hence name of album) which refers to the changing of the season. You can read a blog post about the artwork here

Also available from bandcamp, along with her previous album, from midnight on day of launch