As I type, I’m sat on a bus heading down the M4, returning from a slightly different weekend in London to the one I thought I was going to have when I left home.

Christmas has traditionally been a time when there are simply too many gigs to physically attend with only one body. This year had the added complication of all the bands that have been kept off the road by Covid trying to get out there and connect with audiences in the flesh. Not to mention sell some merch.

Looking at the diary this time of year is a always a bit like looking at the Glastonbury programme and trying to work out which bands you can cope with missing the most.

Then quicker than you can sing Happy Birthday, Omicron is in the news. And it turns out, it’s nor a very small Irishman. It’s the latest upgrade on Coronavirus,  released just in time for the Christmas market.

Gigs start getting pulled because of the virus hitting bands, crews and bar staff. Gigs that are going ahead suffer from lack of ticket sales because people are getting Covid cautious.

As it turns out, some decisions are taken out of our Hands. Inner Terrestrials annual Paco Racket Club bash to celebrate the birthday of the Late Great Paco in the New Cross Inn is cancelled.

The Ozic Tentacles gig in the Globe goes ahead but with a more spartan crowd than they would normally pull. Dub War, who have hardly played anywhere in last twenty years should be ramming venues, but The Lost Horizon in Bristol is half empty. In fairness though, there are enough people to make for a socially distanced banger of a night. 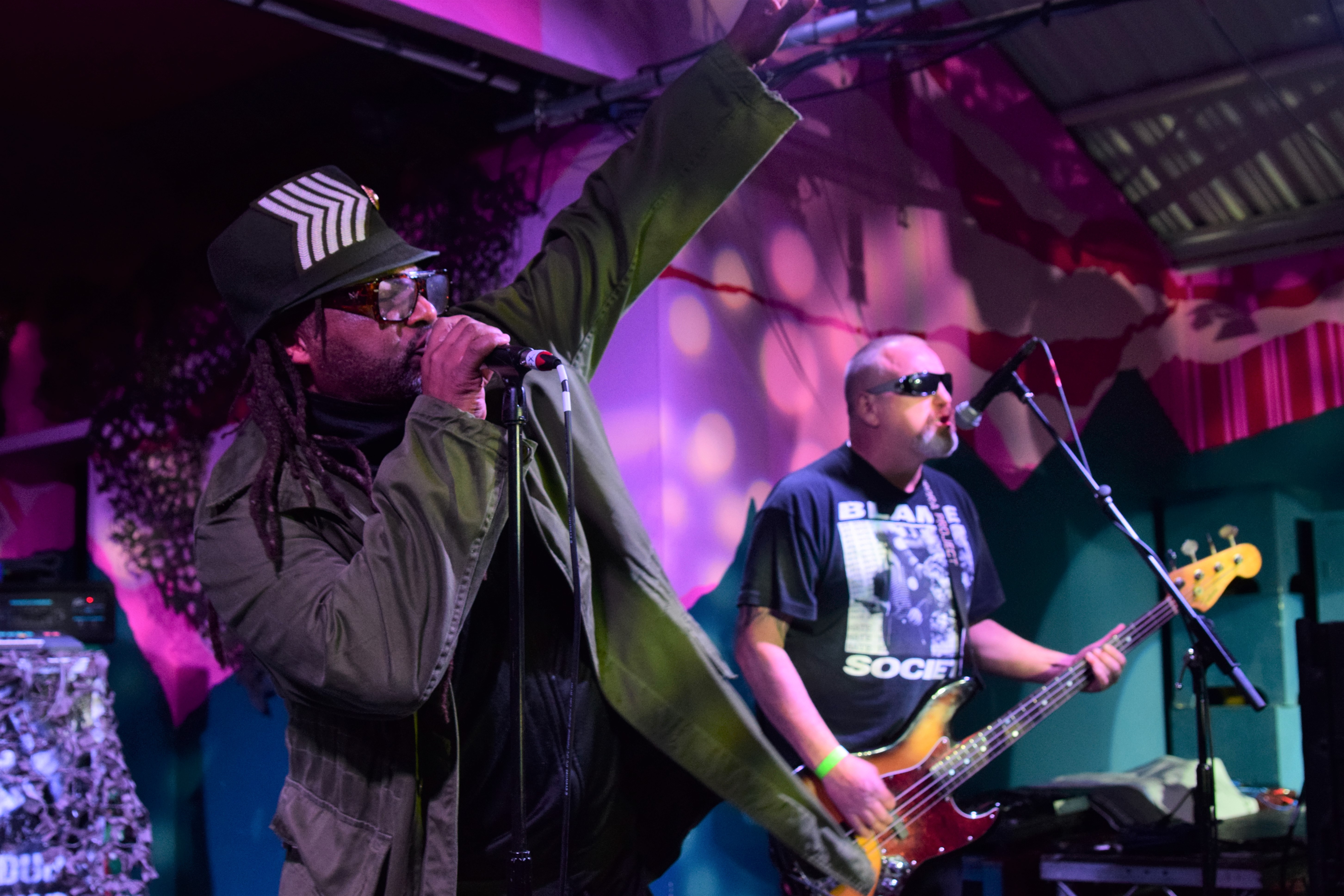 Regime in Blackwood is cancelled, then Captain Accident and the Disasters gig in The New Cross Inn is cancelled, which makes Dub War the only game in town on Saturday.  We head up to London all the more stoked because we knew how good they were going to be.

Saturday afternoon we have a ‘perfect storm’. The tube strike, which we had been aware of, seems to be hitting hard. Sadiq Khan then announces a ‘major incident’, in that London is now Omicron Central.  The thought of being rammed on a train driven by a strike breaker, in the middle of a spike in the virus is not something we are looking forward to. But the icing on the cake (or should that be the turd in the swimming pool) is that overground trains are also operating a reduced service.

In the end, the head sits the heart down and  gives it a good talking to. Common sense prevails and a night in front of the telly followed. And while we are at it, Facebook advises us the Firepit Collective gig on Sundsy is off, then Sunday morning the Ozrics gig is pulled at the last minute.

So the gigging year ends with a whimper rather than a bang.  But hey, Dub War in the Lost Horizon aint a bad note to finish on. They tore the place apart and we were joined by mates that had not all been in thd same room at same time for over two decades.

It’s not been a bad old year though, considering.  The first six months were live music free, but we did our best to squeeze in a gig or two after lockdown was eased.

After more than four decades of going to gigs I struggle to remember dates and shit, so whilst I’m sat here on the Megabus, with no light to read my book, I thought I’d list the gigs we’ve done this year – so in years to come we will be able to refer back to the list and it will come flooding back.

And that is, probably,  that for 2021. Its actually been a blast. Crowds have been smaller,  which personally I think is a good thing. I hate being in a rammed venue these days and queues at the bar have been easier to deal with.

It’s not all good though. Venues have been struggling to stay open – and indeed still are. The unpredictability of it all does not help with planning for the future. The days of bands getting rich from record sales are long gone, live gigs and selling merch at said gigs is where the money is these days. Musicians have been hit hard by the lack of gigs – although some have used the opportunity to record new albums.

The impact Omicron will have is unknown as I type.  The best thing us music lovers can do is support live music venues when they are open,  particularly the smaller grassroots clubs. Without them the future of music will be bleak. Any band worth watching will have earned their stripes in smaller venues, even if they do go on to bigger things.

On a personal level, 2021 has been particularly good cos I have a new soul mate to go to gigs with and to put me up when visiting Lundinium. Hopefully we can double the length of this list together next year. Here’s to you Megan.