For the last four years the Surplus Festival in South Wales has been one of the highlights of the grass roots festival scene. Over the first weekend in July 2017, the event went up a gear, putting on their best event yet and throwing down the marker for other grassroots festivals. It will take some doing to beat Surplus this year.

Arriving at the site near Bonvilston, just outside Cardiff, it was almost immediately obvious that this year was a more organised event.  More Stewards, better organised parking, more security – yet at the same time, the laid back vibe that makes Surplus what it is, was still there.

Once in the main arena the changes from 2016 were obvious straight away.

Gone was Wango Riley’s stage on the back of an articulated lorry, in was a new big top with top of the range sound system and lighting. The lone chip van was now replaced by half a dozen quality food outlets, including two full blown festival cafes with seating. The market was expanded with a number of stalls selling the usual festival gear and there were two separate ‘dance tents’. Three if you include the Tribe Tavern which transformed into a disco in the evenings, after afternoons of live music.

So whilst previous Surplus gatherings have served up the best live bands on the underground scene, the new look Surplus has lots of side orders to graze on, meaning there was plenty to see and do without going near any of the stages.

The Crow Stage is a peek inside the brain of veteran festival head Torrie. Sometimes chaotic, usually ska, always punk. Whilst a few of the bands on there could be described as ‘rough arsed punk as fuck noise merchants’, on the whole the quality was quite high. Highlights included PAIN’s first venture over the Severn Bridge for over a decade, The Sporadics last gig with their current guitarist and Tribazik’s full on sensory assault. Dub the Earth got everyone grooving and a rare performance by the Black Star Dub Collective got everyone feeling irie.

There were occasions when the timings on the blackboard outside the Crow Stage bore no resemblance to what was actually on stage, but given the quality of bill in general, it didn’t really matter. When the Defekters got stuck in traffic, their singer Cara Jane Murphy got up to do a solo set, which is about as cool a substitution as you can get.

But no matter the slippage and changes in the line-up, the stars all came into line at exactly the right time on Sunday night when Radical Dance Faction burst into ‘Surplus People’ for their encore. The stage was invaded and the whole of the site bounced as the gathered masses realised the sands of time were running out for this year’s Surplus. 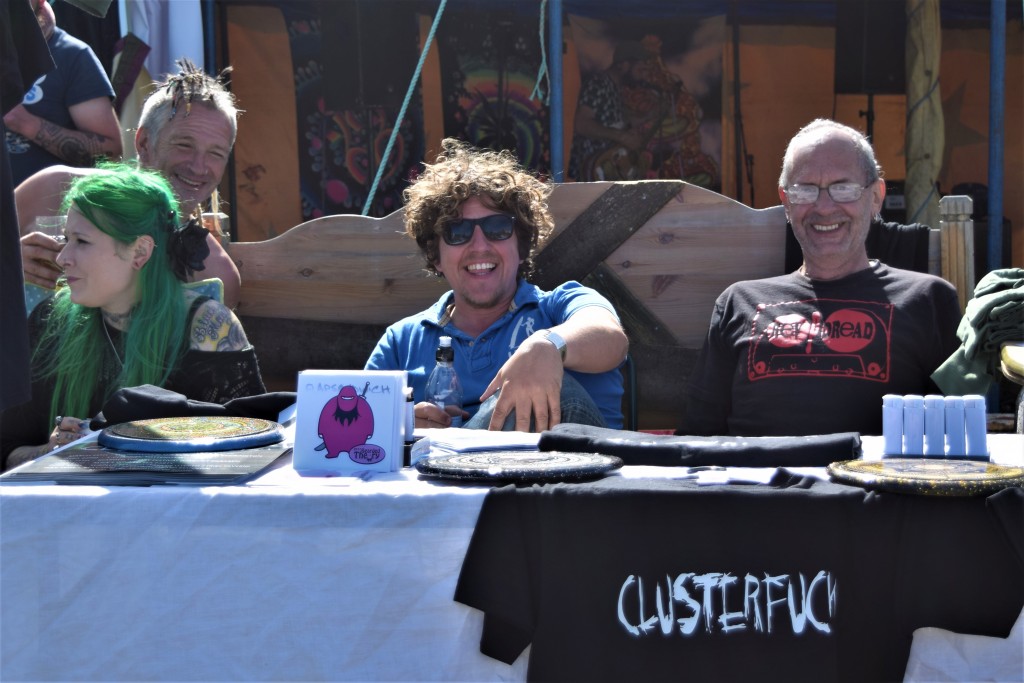 Just up the hill Keith it Real and Jo, were running the Tribe Tavern, which was where everyone chilled and soaked up the rays in the afternoons. Ciders were drunk on the bales of straw, Joe Yorke made everyone smile, Cosmo made everyone laugh whilst punching the air, and Clusterfuck made everyone check to see if their drinks had been spiked. 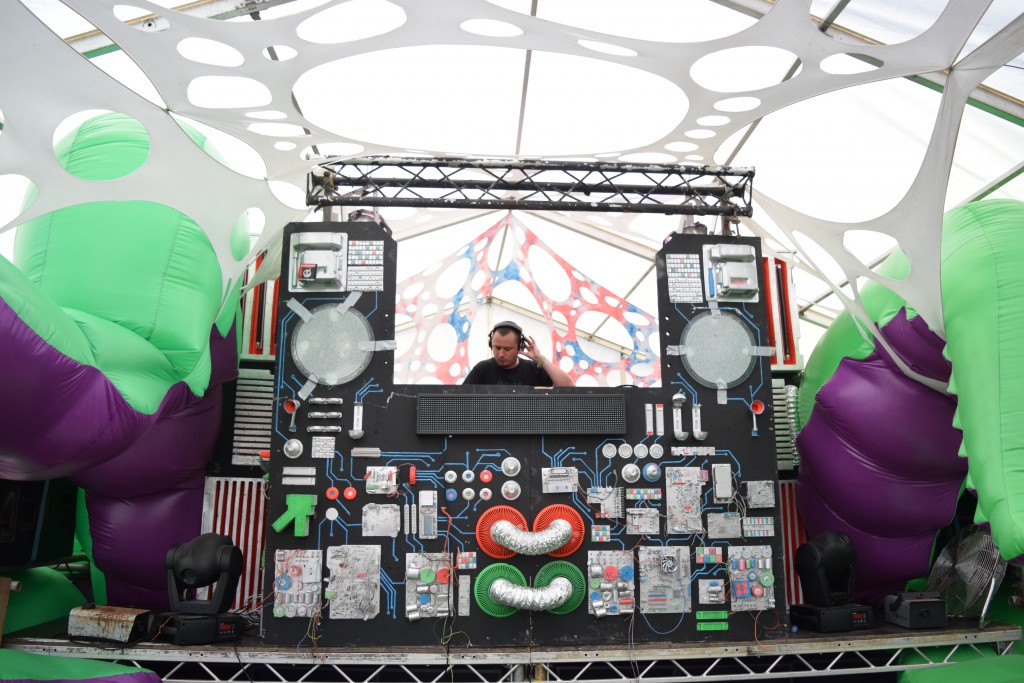 In the nights the tavern went all big box little box, but just over the hill Two Speed Steve was running the Incubator, which provided a space for the serious gurners. Benji 303 and the legendary Chris Liberator were amongst the pilots of the spaceship over the weekend.

The Levitation stage was the big top where the Boy Fry was splattering his psychedelic thoughts over the stage like a sonic Jackson Pollock. West Wales number one ska outfit The Chalk Outlines warmed up the Friday night before AOS3 took the ska vibe, dipped it in LSD and punked it up.

Throughout the weekend the cream of the UK psychedelic and stoner grass roots rolled on and off the Levitation stage, from new comers such as Cardiff’s The Biggest Thing Since Powdered Milk (catch them while you can, these guys are going places), through Cymbernetic Witch Cult and Trevors Head, to seasoned festival legends such Kangeroo Moon and the Hawklords.

And of course, a tent is just a tent, until you have the likes of Crocker and Felix working their magic on the PA and Grub painting the tent with his lightshow.

But it takes more than a collection of stages, live bands and stalls to make a festival. What makes Surplus special is the vibe. People had travelled from all over the country for a piece of the action, the festival family all looked out for each other and laughed together, old acquaintances were renewed and lifelong friendships formed.

This can only happen when the organisers are in the same headspace as the punters. And boy are the Surplus crew on the same page. It is something of a miracle that a bunch of wreckheads like this can pull something off as professional as this. Sure, there must have been chaos behind the scenes, but front of house was like a well-oiled jigsaw.

Pervious Surplus gatherings were pretty special. This year was bigger and better than ever, improving on things we did not know needed improving. It would be incredibly easy to fuck this up in the future, but for the time being, we are just going to enjoy being part of this little bit of history that, no matter what happens in the future, will go down in festival folklore as a special chapter. 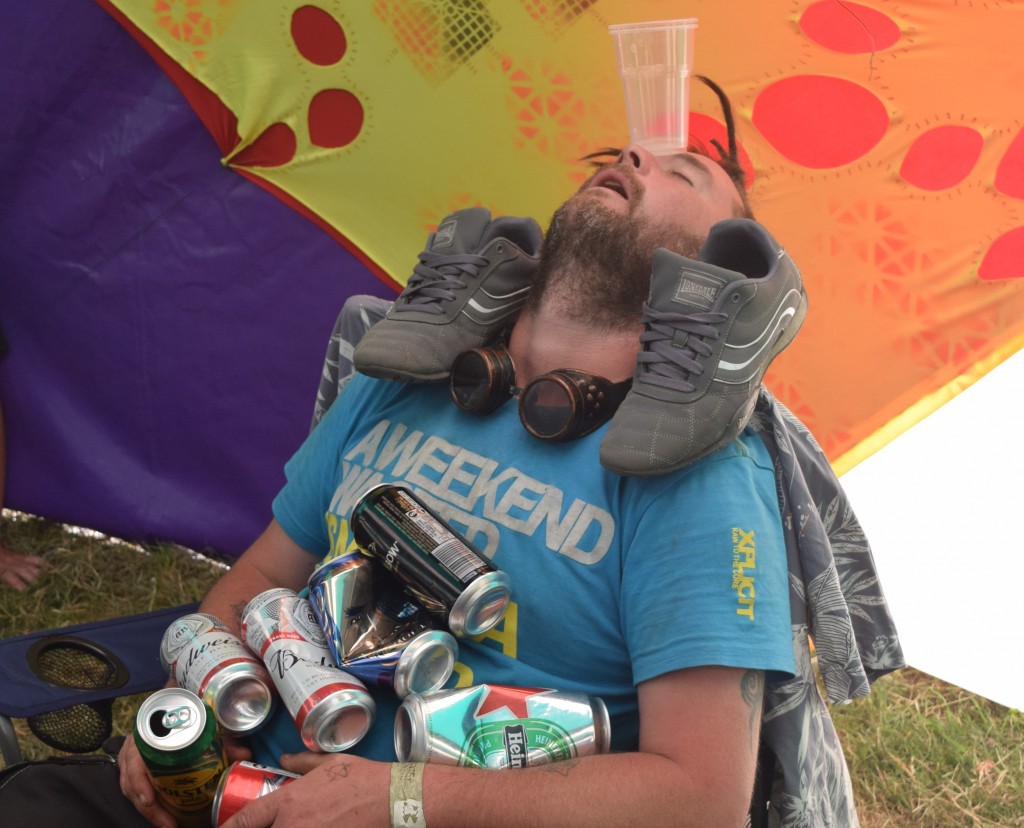