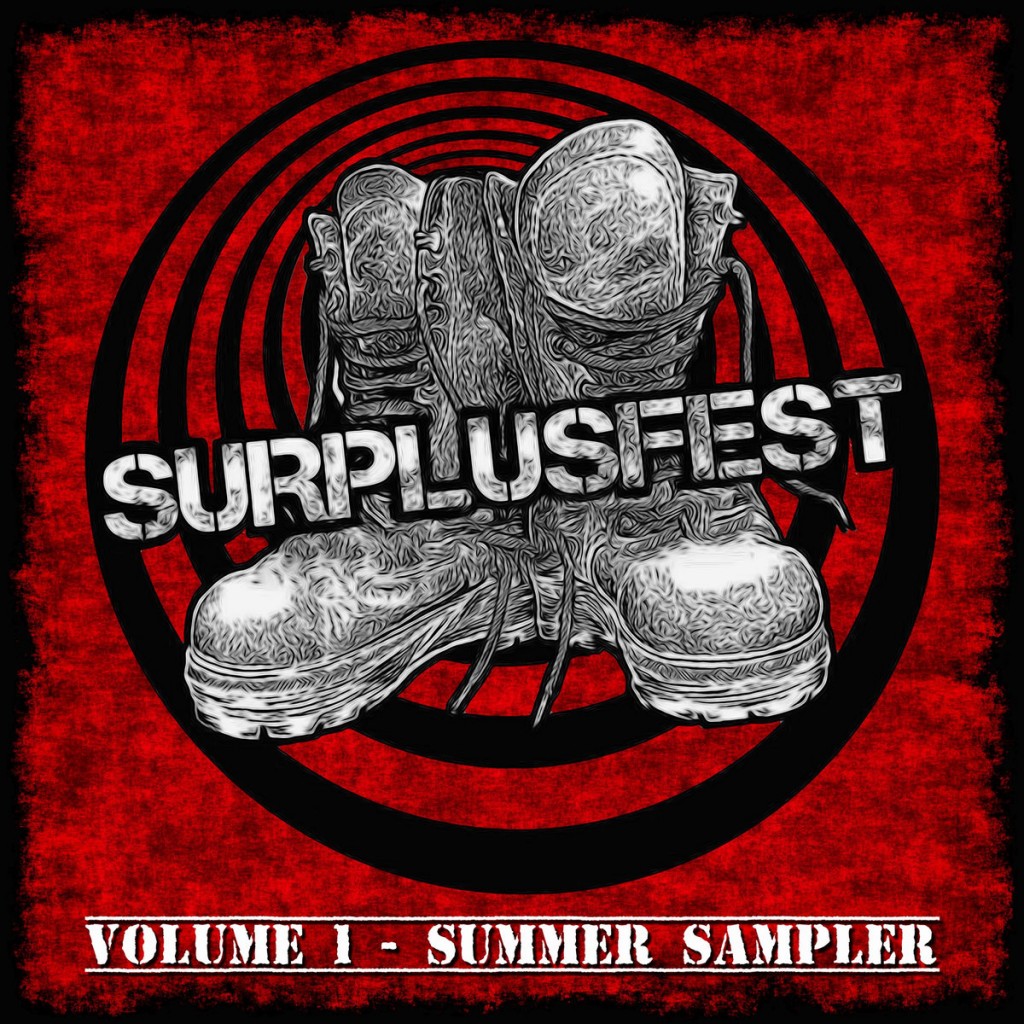 Can’t wait for the festival season to start? Fear not, this fifteen track sampler from the Surplus Crew will help blow those winter blues away.

Given that most of the best bands on the underground festival circuit have played at Surplus, an album put together by the crew would inevitably be worth a listen. “Of course it will be good”, we thought to ourselves. But then – “Hold on – who are this lot?” Yes, fair play to the Surplus Crew, they have managed to dig out some bands we had not come across before – and boy is this album a belter.

Kicking off with Manchester’s Autonomads and their top draw anarcho-ska-punk, the scene is set. Rebellious high octane music that you can get angry to and dance to. Buff follow on with their 21st century free party traveller style take on punk rock.

Just as we were settling down to listen to some old favourites – who the hell is this? It’s none other than the ‘Chubby Thunderous Bad Kush Masters’ with a six minute long stoner beast that quickly has us up out of the chair and googling them. *mark them down as new discovery of the week.

Then we sit down with a grin, chuffed that we have found a new band to keep an eye on, only to have to get back up to google ‘Flutatious’. They weigh in with a seventeen minute jam of three tracks recorded live at the Cosmin Puffin festival. Celtic space dub? It’s a long time since we have heard Celtic vibes get so heavy and psychedelic. *mark them down as joint new discovery of the week.

The Surplus house band, ‘Lacertillia’ then follow up with the aptly titled ‘Fire up the Engine of God’. These are the guys your mother used to warn you about.

The mighty ‘Radical Dance Faction’ throw in ‘For the Poor Man’ off 2014’s ‘Ammunition’ album, featuring the vocals of the late great Steve Swan.

Cardiff’s number one festival DJ ‘Rev Dread’ donates ‘Fuck the Poor’, a funky dubby little number that is far more cheerful than the title suggests. Then ‘Sendelica’ beam in from the furthest reaches of the galaxy (well, West Wales) to demonstrate why they are so popular throughout the entire tripasphere.

Then, ‘Shom’. Up to Google again. Thirteen minutes of blissed out instrumental space rock. *mark them down as another bloody joint new discovery of the week.

Fraggle and the band that nobody can bloody spell, let alone say, next, the ‘Skraelings’. Again the spirit of 80s free festival space punk is conjured up.

Then the bloody ‘SpacedOgs’ make it four new bands that we have fallen in love with in one day with their blissed out space rock from another dimension.

‘The Dharma Violets’ ‘Hypnotic Wave’, pretty much does what it says on the tin and then there’s ‘Trevor’s Head’ – bloody hell, we are not going to be short of new bands to explore in the next few weeks.

Last but not least ‘Tribazik’ with ‘Space Time Collapse’ off the ‘Data Warfare’ album from 2014.

(Sorry, just realised our music player has played this in the wrong order, but no matter, all the more fun discovering them again in the right order)

In the past we have bought Various Artists Albums just cos they have two or three good tracks on. We have a few of them that are mostly good, but we are struggling to think of any others we have where every single track is a solid gold cracker. But hey, it’s Surplus. They are an old skool, seat of the pants, by hook or by crook, shady bunch, but hell do they know what sounds good.