Reggae has, pretty much from its inception, always reinvented itself, deconstructing, reconstructing and recycling everything. Nothing goes to waste.

And this is a perfect example. 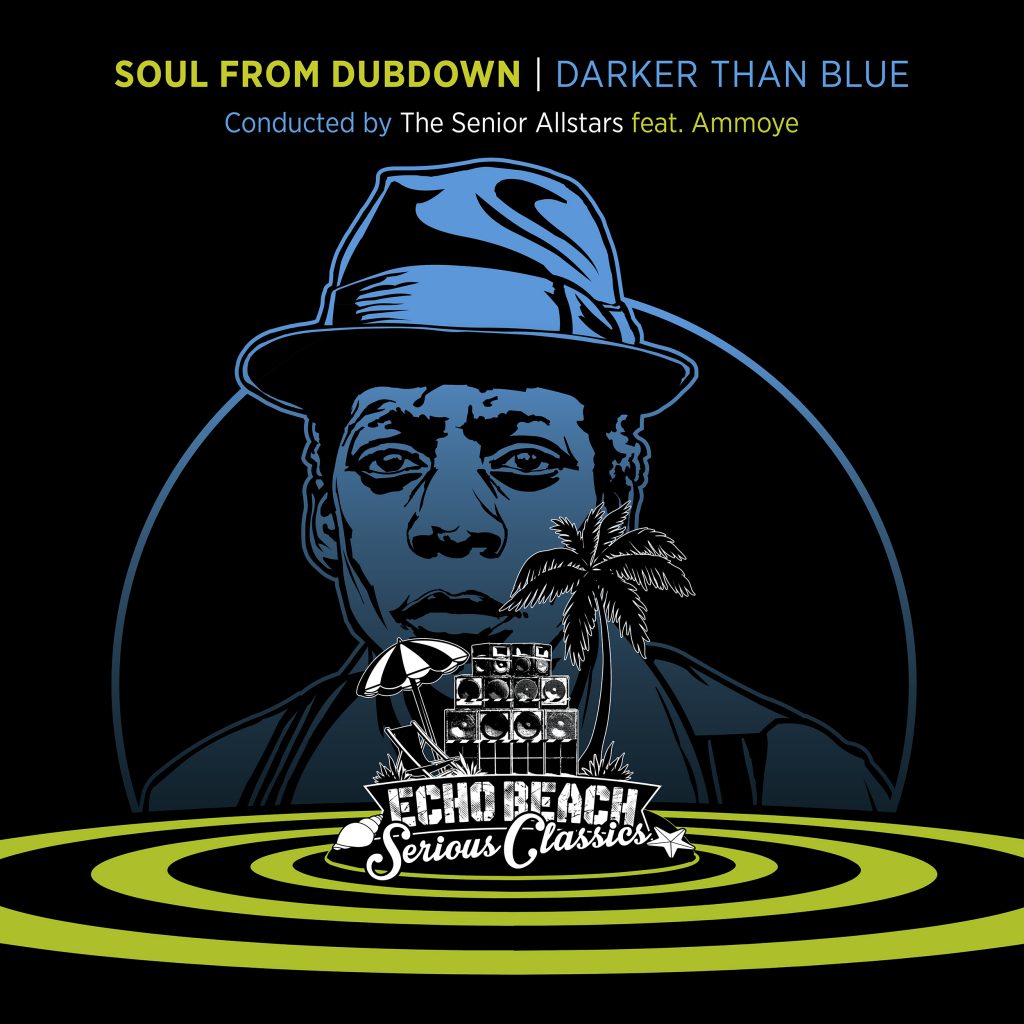 In 2001 manchester’s Blood & Fire Records put out a collection of old soul tunes, given a dub revision. Darker Than Blue – Soul From Jamdown.

In spring 2014, the Senior Allstars were asked by the impecable Hamburg-based dub label Echo Beach to record their interpretation of the collection.

The result was Dub From Jamdown Darker Than Blue. It was an original, collective, improvised and organic live dub that is in the tradition of the original songs and with new versions that fully deserve to be mentioned in the same breath as the originals.

Fast forward to 2019 and Echo Beach decide to rework the album again, this time putting the vocals back over  the instrumental dubs. They hired the Juno winner (the Canadian musicprize and pendant to the American grammy) from 2017 Ammoye, to lay her amazing voice over the top. She is more in RNB and Gosple than in Dancehall or Reggae, but do you know what? It works. It works really beautifully.

Tunes by Smokey Robinson, Bill Withers, Randy Newman and Timmy Thomas are just a few of the soul standards that are reconstructed for this sublime album.

It’s a dangerous game, reworking a reworking. you dont always bring something new to the party – in which case why do it?

A the time of writing, we have not heard either of the predecessors of this album – but we will, you can bet your bottom dollar on that. So we cannot really comment on whether or not this is better than the dub version. But we dont care, this is a gem. If the dub is better than this we might just wet ourselves.