What, the Sly and Robbie? And Dubmatix? On one album? Expectation overload. Can this possibly as good as it has the potential to be though? 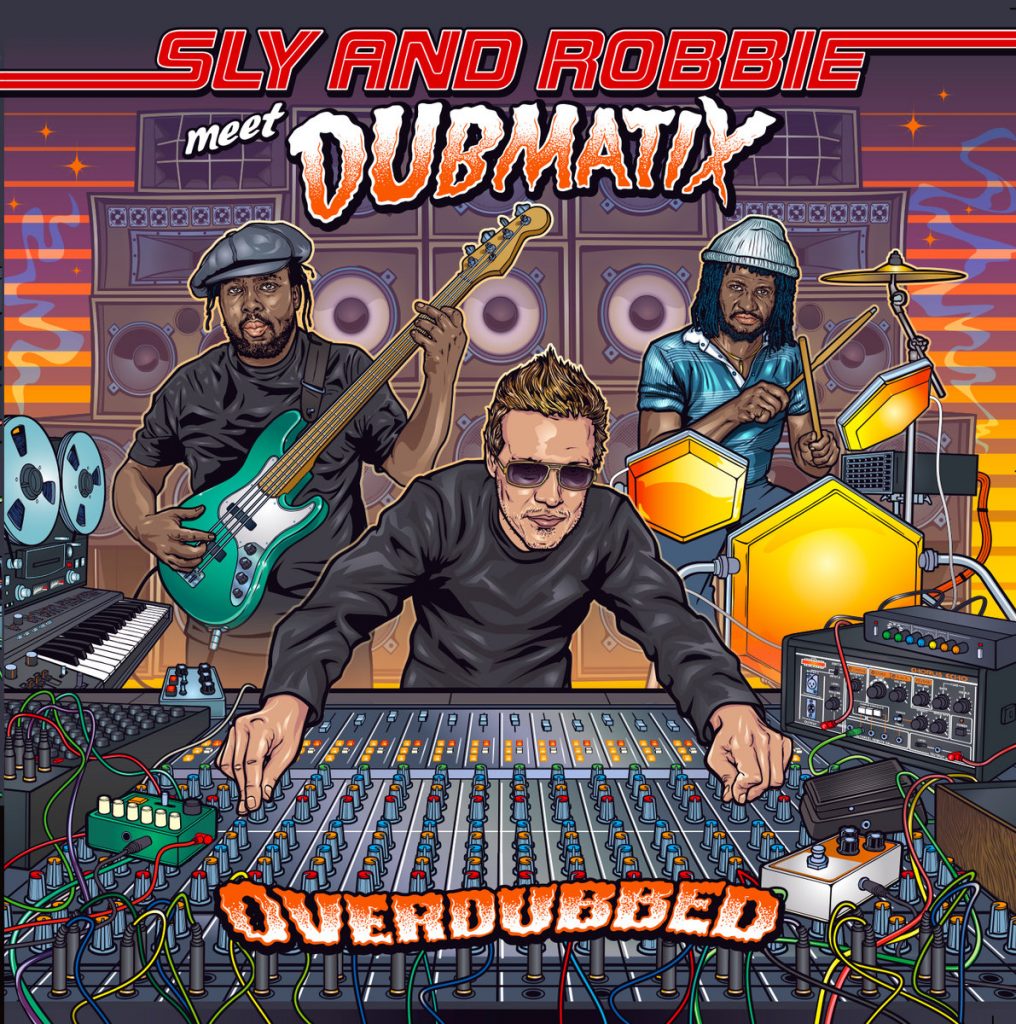 Let’s go back to basics, for the uninitiated.

Sly and Robbie are one of the most prolific Jamaican rhythm sections and a production duo. Drummer Sly Dunbar and bassist Robbie Shakespeare teamed up in the mid-1970s after establishing themselves separately in Jamaica as professional musicians.

They are woven deep into the fabric of reggae music, having worked with a veritable who’s who of artists, including Peter Tosh, Black Uhuru and Prince Fari. Not to mention the countless albums they have released in their own right.

They have been at the forefront of the development of reggae music over the years, but have not restricted themselves just to reggae. They have worked with a wide variety of artists from the likes of Bob Dylan, Joe Cocker and Mick Jagger to Serge Gainsbourg, Madonna and even Ian Dury.

So who is this Dubmatix upstart then? This Canadian composer, producer, multi-instrumentalist and seven-time JUNO Award winner and nominee hails from Toronto but has carved out a massive following on the international stage. He is a recording machine, from his debut release Champion Sound Clash in 2004, the Toronto-born Dubmatix has gone on to produce and record over 500 releases (Albums, EPs, Dubs, Remixes).

His vast collection of recordings have garnered multiple music awards from all over the world including France, Portugal, Germany and the U.K., along with critical praise from the international music industry insiders and tastemakers such as BBC Radio’s Don Letts, XM Radio USA, iTunes Canada & USA respectively who have recognized & celebrated Dubmatix’ relentless inventiveness and creative style.

No slouch himeslf then!

You can see why the prospect of a collaboration between these two powerhouses of dub had our mouth watering in anticipation, but at the same time in fear of it not living up to its potential.

We were less than thirty seconds into the opening track, ‘Dictionary’, before we decided that this was going to be a stormer of an album. Dub vibrations to shake the best of sound systems were almost immediately rattling Iguana HQ.

Other guests dip in and out throughout the album, including Pato Ire, Tréson and Jay Spaker. These all add to the warm vibe that this album is about collaborations, community and unity.

The dubs are all warm twenty-first century smoothness, but without wandering too far from the roots of the mother vibe. Modern technology used as a means to an end, rather than the end in itself. There are, after all, some pretty natty players involved in this project.

‘Dirty Flirty’ ups the tempo. A simple tribal beat but with a groove that grabs the attention and gets the most static of heads nodding and shaking. ‘Great Escape’ has a slightly Middle Eastern vibe just under the surface. Jim the Boss steps in to help with some King Tubby style twiddling for ‘Shabby Attack’.

Of course, as is the nature of the beast, the album eats itself and turns itself around with dubs and remixes towards the end.

Dub has been around as an art form for at least fifty years. It is one of the simplest of styles, yet half a century on it is still taking us to new places and this album shows there is still mileage in the genre yet. This album sits quite comfortably next to the best of them over the last five decades.

There was no need to worry after all.

There are only two artists on the planet that are in with a chance of making better a better dub album this year. One of them is Dubmatix, the other is Sly and Robbie.