Not letting the grass grow under their feet, Slow Faction knock out three more tunes following their, not one, but two albums released last year. 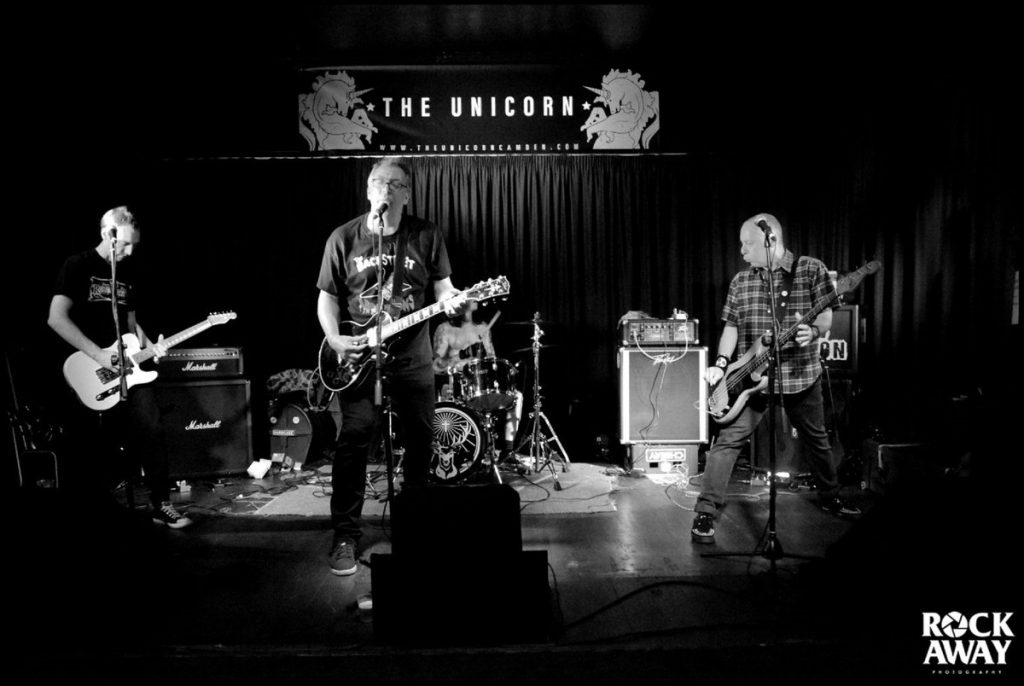 Punk was/is all about breaking down barriers and doing something different. So setting out to sound like the class of ’77 punk rock is a dangerous move. Slow Faction have dodged the bullet though. They manage to combine that old skool vibe with a modern twist.

If you are going to do retro, look back at a period when music was interesting we say. These guys do have an advantage over the snotty nosed teenagers that made up that first wave. They already have a few years totting guitars under their belt, resulting in riffs at tight as their jeans and rhythms as steady as a Zimmer frame.

The lyrics are also more mature, leaning towards the more rebellious of the old guard, rather than songs about orgasms, glue and being sick.

They’re probably not going to set the world on fire, but judging by these tracks, they are still able to set a few dance floors alight and keep the next generation on their toes. We suspect that is all they want to do.

We have three tunes here to whet your appetite. Available for free, gratis and nout on the old Bandcamps. Be rude not to grab ‘em. If you like ‘em – check out their albums from last year.