This third album from Slaves, Kent’s number one punk outfit, is a full frontal dose of sass and attitude. As we have come to expect. 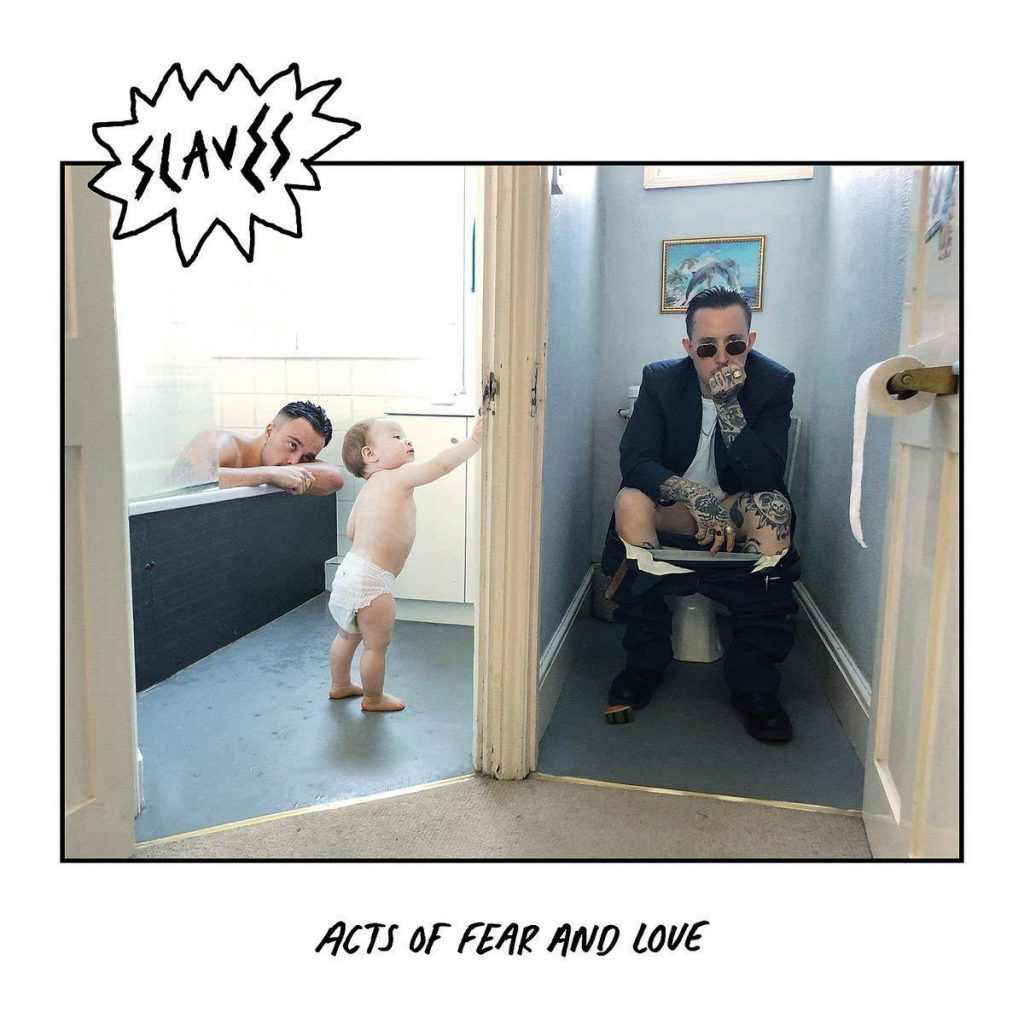 Chwarae teg, they don’t half make a racket for two guys with drums and some guitars.

They first grabbed our attention when we caught them live. Boy do they put on a show and a half. Does that translate onto disc? Well, sometimes. Old numbers like the Hunter have blown us away with their raw power.

For this album they have tried to progress with their sound, taking it into new territory. Now we would normally be the last to complain about that sort of thing, but there is a limit to how sophisticated you can get with just guitar and drums. These more melancholy moments don’t work for us – at least not on the first half dozen listens. Maybe they will grow on us with time.

It’s not all bad news though. Tunes like ‘Bugs’, ‘Chokehold’ and ‘Artificial Intelligence’ show glimpses of that old sonic attack and we remember why we liked them in the first place.

No doubt if we persevere with it we will grow to love it. But life is too short, too many other good albums out there for us to wrap around our lives.

We will still be making a beeline for their next live gigs in the ‘hood though.