A day off to roam free around Beijing, and perhaps finally find a pub.

After the full Chinese breakfast, armed with a pretty, but rather vague, tourist map (why do they do that? What’s wrong with accurate ordinance survey maps?) we head rather vaguely ish towards the old hutongs. We know we are in the right area because of the piss guards on the tyres.

Apparently the Hutongs are 700 years old. But judging by the freshly tarmaced roads and the modern construction of the buildings, a little artistic licence is at play. A bit like Trigger’s broom on Only Fools and Horses, which was thirty years old but had twelve new heads and fifteen new handles.

Eventually we stumble upon a pub. It’s not great. The beer is ten quid a pint (fiver for half pint bottle – same thing). We hang around and have several rounds.  After all, who knows when we will find another pub. Eventually we head out to explore some more and discover that we had actually found the mythical ‘bar street’. The best pubs in the city. Mainly because they are the only pubs in the city.

Each pub has live music, which sounds like a good thing, but it all appears to be a strange strain of the blandest, sterile pop music in the world. It is so bland it defies categorisation. 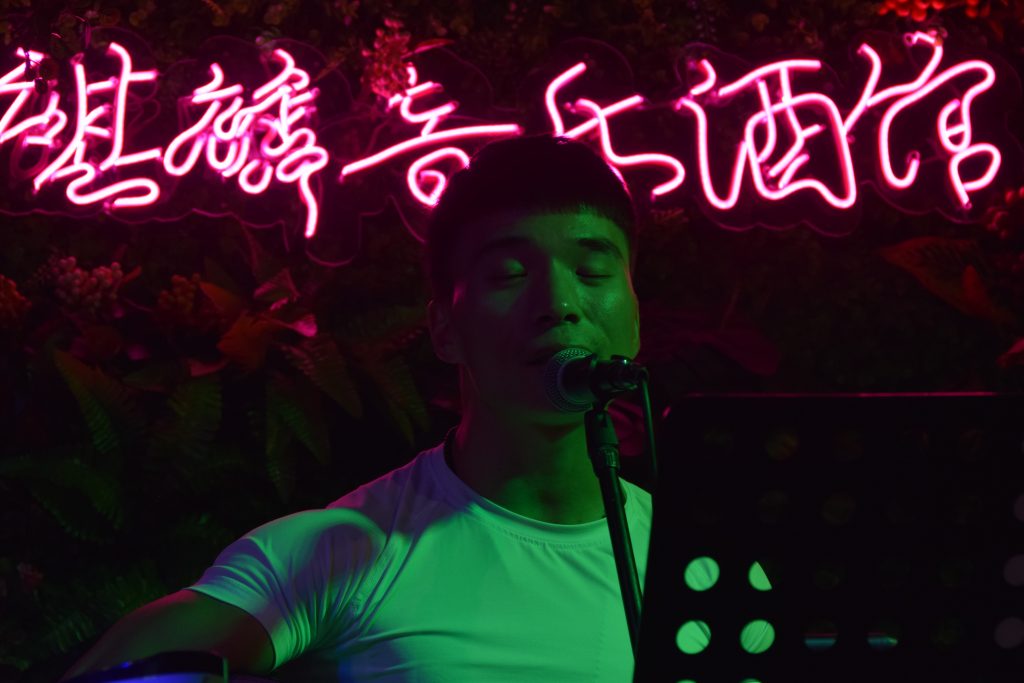 We pile into a pub that is decorated top to bottom with reggae paraphernalia, including a sign saying ‘no drugs’, nestled between a picture of Bob Marley toking on a spliff and a giant poster of a ganja leaf. As reggae pubs go, it had a major failing. A total lack of reggae music playing.

It did have one interesting feature.  The worst bog we have seen so far, complete with a cistern held on the wall by red, gold and green gaffa a tape and a hand written sign that simply read ‘no poo’.

The best bit of entertainemnet was the boat jam in the canal that runs through Bar Street.

We head for Pizza Hut. The only veggie option is a Margarita, which is basically just a cheese pizza.  So be it. By the time it finally arrives I am starving.  But for reasons totally beyond me one of the crew decides to send it back because it’s only a cheese pizza.

After much confusion I finally manage to get it back before it is given to someone else. Then one of the other guys decides my deep pan pizza is nicer than their thin pizza and tries to swap. I wolf it down before anyone else tries to liberate me of my food.

Back to hotel for our last night before leaving Beijing. Great Wall of China, Tiananmen Square, Forbidden Palace. Can the trip get any better?