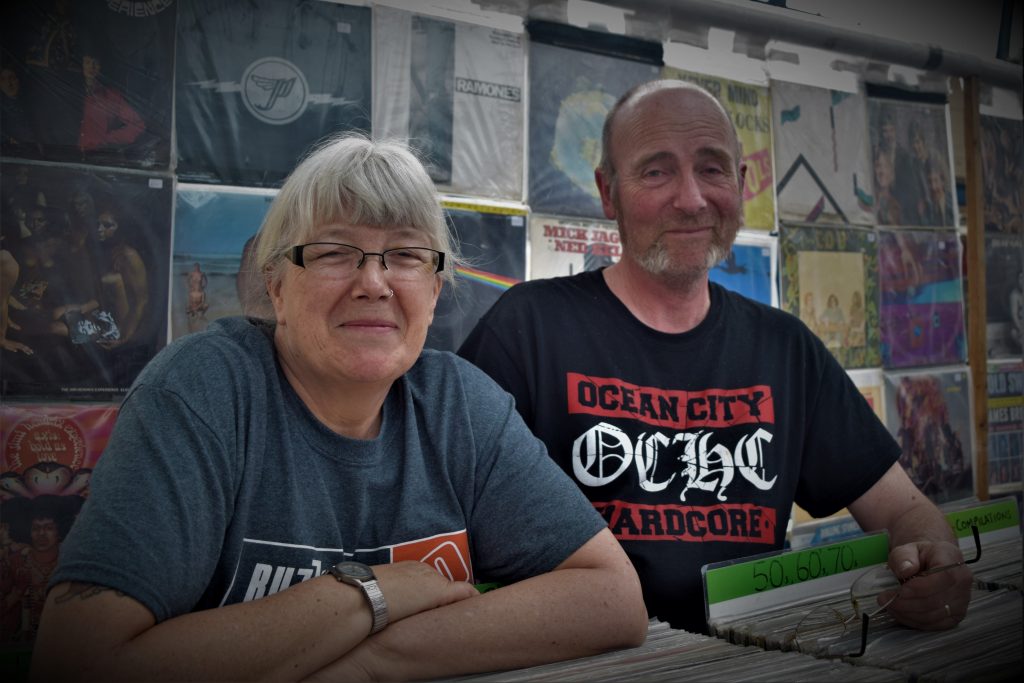 Want to know the truth about that legendary Kurt Cobain proposal to Courtney Love in TJs? Want to know some of the secrets of John Peel’s record collection? Want to hear about Green Day being lower on the bill than the lucky dip? Well this is made for you.

On 23rd February 2016 we had the pleasure of being joined in the studio by Mr Cheap Sweaty Simon Rockaway Phillips. Pusher of records to vinyl junkies, gig promoter and all round eminence grease.

Simon started out with Rockaway Records, a small record stall in Newport Provisions Market, and ended up organising record fairs the length and breadth of the UK. Along the way he casually put Newport on the map and played a major role in making Newport’s TJs Legendary throughout the world.

With no ambitions other than to get some of his favourite bands to play his home town, with a cheap ticket price, he played host to names that went on to take the world by storm, from local boys Dub War and Sixty Foot Dolls, to the likes of Therapy? Bad Brains, Green Day, the Butthole Surfers, The Misfits and The Melvins.

Listen again to the show and hear tales of incidents with Kurt Cobain, John Peel and several tons of shredded paper

PLAY LIST
1. In a rut: BY THE RUTS
2. Trail and crosses: BY LEE SCRATCH PERRY
3. Fix: BY NOTS
4. Bastard son of a teddy boy: BY BAD SAM
5. Capitol radio: BY THE CLASH
6. Mountain of soul: BY TOMMY PAXTON
7. In cold blood: BY MECCA AND CODE
8. Transmetro politan: BY THE POGUES
9. Strictly hardcore: BY GOLDBLADE
10. Walk with me: BY ROGER ROBINSON
11. Hey Joe: BY LEAVES
12. Mr jolly fucker: BY THE SLEAFORD MODS
13. Babylon gorgon: BY BAGS
14. Democracy: BY THE DAMNED
15. Autographs: BY CITIZEN FISH
16. Accountability starts with me: BY GIT SOME
17. Sweet loaf: BY THE BUTTHOLE SURFERS