Saving Banksy is a film that set out to document Banksy’s work on a trip to San Francisco, and turns into a tale of the conflicting motivations and morals of street artists, the art establishment and art collectors. 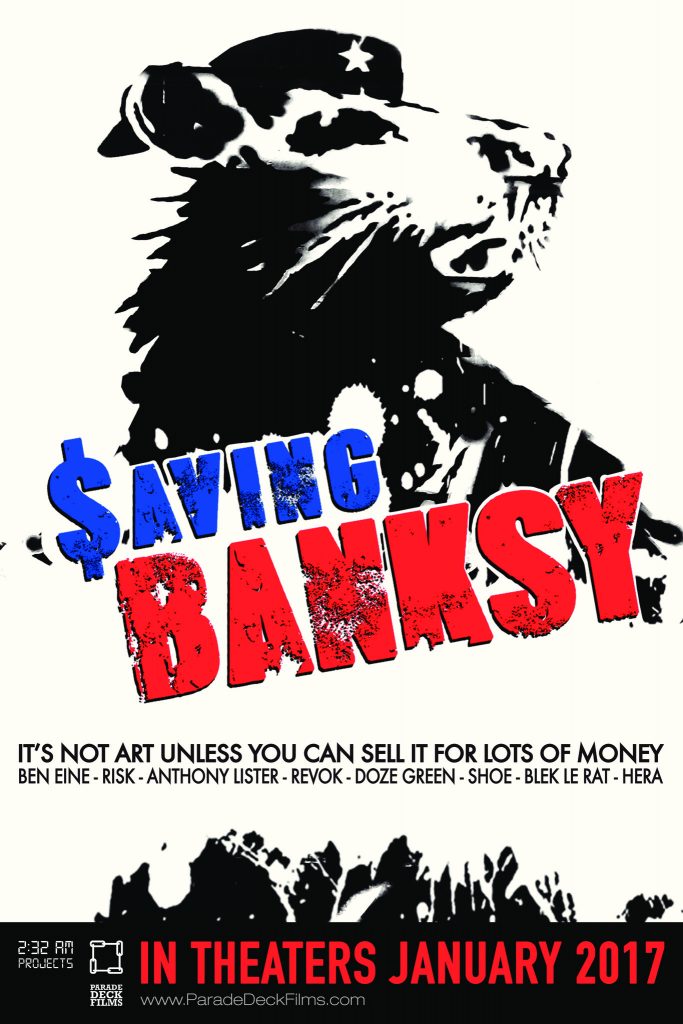 For many years graffiti was simply considered to be vandalism. Ultimately, it is. But there have always been people who see it as a way of expressing themselves. Artists.

Over the last few decades opinions as to the validity of graffiti as an art form has been evolving. One artist in particular has bizarrely gained an iconic status and in the process given the art form a cache of respectability in some quarters. His identity is a mystery but his style is instantly recognisable. His work is replicated on t-shirts, mugs and wall hangings throughout the world – all without his permission and he gets no recompense. Banksy.

Very few of those artworks survived more than forty eight hours. Some were simply painted over by the owners of the property they were sprayed on, some were tagged over and some were stolen.

One artist-collector, Brian Greif, thought this was a tragedy and set out to negotiate with the owner of one of the buildings that had been ‘vandalised’ by Banksy. His aim was to remove the giant rat painted on the building and have it shown in museum or gallery. He was not motivated by money, he simply wanted it preserved.

Bizarrely, no galleries were interested, because the work could not be authenticated. There are a myriad of reasons behind this. For starters, validation would suddenly give the work a unique status, it would involve revealing himself and it would be condoning the removal of the work in the first place.

So Brian now has spent a lot of money removing a wall with a Banksy on, has it stored in his bedroom and nobody wants to show it. At least, not for free. In steps the villain of the movie, Stephan Keszler. A New York art dealer that is literally making millions selling artworks he has stolen off the streets. Whole walls are removed and installed in galleries and sold to collectors for profit. Banksy himself condemns this practice and makes no profit from it. 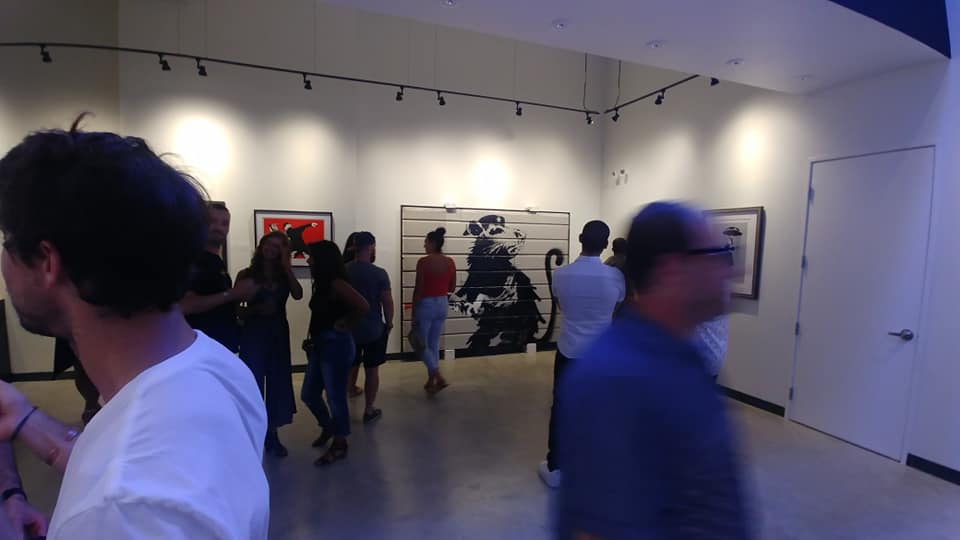 Keszler is willing to throw ridiculous money at Brian to get him to part with the ratwork. To his credit, Brian resists.

The movie features interviews with some of the world’s top street artists, art critics, and the key players in the story. Philosophical analysis is engaged in around the merits of graffiti as an art form, whether street art belongs in a gallery and the greed of people looking to make money from the work of others.

This intriguing documentary prompts questions not just about art, but about morals, money and – as all good art should – the human condition itself.

The interesting thing, for us, is that the film asks these questions and the director, Colin Day, gently nudges you in the direction of who he thinks are the heroes and who are the villains. But the film is available on DVD, on Netflix and i-tunes. So this film and its director also form part of that debate.