We start the evening in The Famous Cock, soaking up noth London’s hospitality. Conflicting thoughts are going through my head. Firstly,  I’m thinking that expensive as north London boozers are, its bound to be cheaper than drinking in the venue. But in the back of my mind is a memory that the last time I saw the Peatbog’s, there was no support band, but the guys played two sets.  And so it was, we poured ourselves to the other side of the road and into the garage.

The Garage was originally a Temperance Billiard Hall which quickly gained a reputation for serving great pies, as well as being a haunt for local villains in the sixties. The Highbury Mob often used the Billiard Hall as a meeting place. It became the London Town & Country Club 2, a sister venue to the Town and Country Club (now The Forum in Kentish Town), which is when the first live music events began to be programmed in the building. In 1993, the building was officially reopened as The Garage.

It’s a long time since I’ve been in the venue, but I’m pretty sure I must have been there ‘back in the day’.  My money is on New Model Army being one of the bands I’ve caught there.

With a pre-covid capacity of six hundred,  it’s a nice size venue, well laid out with clear PA and decent stage lights. The door staff are friendly, and the bar staff are efficient with quick service. And guess what? Although it’s a fiver a pint, it’s still cheaper than the pub over the road.

I’m not sure if it’s a Covid thing, or the band just ain’t that big a draw, but the crowd is just right. The venue is not rammed, but a good two hundred or so, and every one of them up for a party.

My memory hadn’t been playing tricks, when we walk in the band in full swing and the dancefloor is already bouncing. The bagpipes are out and legs are flailing all over the dancefloor.

With thirty years of gigging and recording under their belt, I’m not fully up to speed with their back catalogue. There are familiar tunes such as Jakes on a Plane and Strictly Sambuka and tunes I don’t recognise,  but get the hips swinging none the less.

As I suspected,  there is a break, whilst the band get ready for a second set. We use this opportunity to make a drunken visit to the merch stall to get a t shirt, and come away with the gaps in our cd collection plugged.

Whilst the first set had been pretty lively,  they announce the second set as when they play their dance music. And indeed things go up a gear, with the north London dancefloor turning into a proper hoe down. Cares are thrown to the wind and the crowd is hit by a mass outbreak of tarantism.

The main set ends with Folk Police. This had been my introduction to the band over two decades ago. I remember it blasting out from a PA in the live in vehicles feild at Glastonbury.  The crowd goes wild.

As all good things do, the set then became to an end. There was an encore,  I don’t recall what they played, I was lost in the moment,  grinning from ear to ear, and cup running over.

The fact that one of the gang was celebrating a significant birthday made it even more special. Nights out don’t get much better than this. 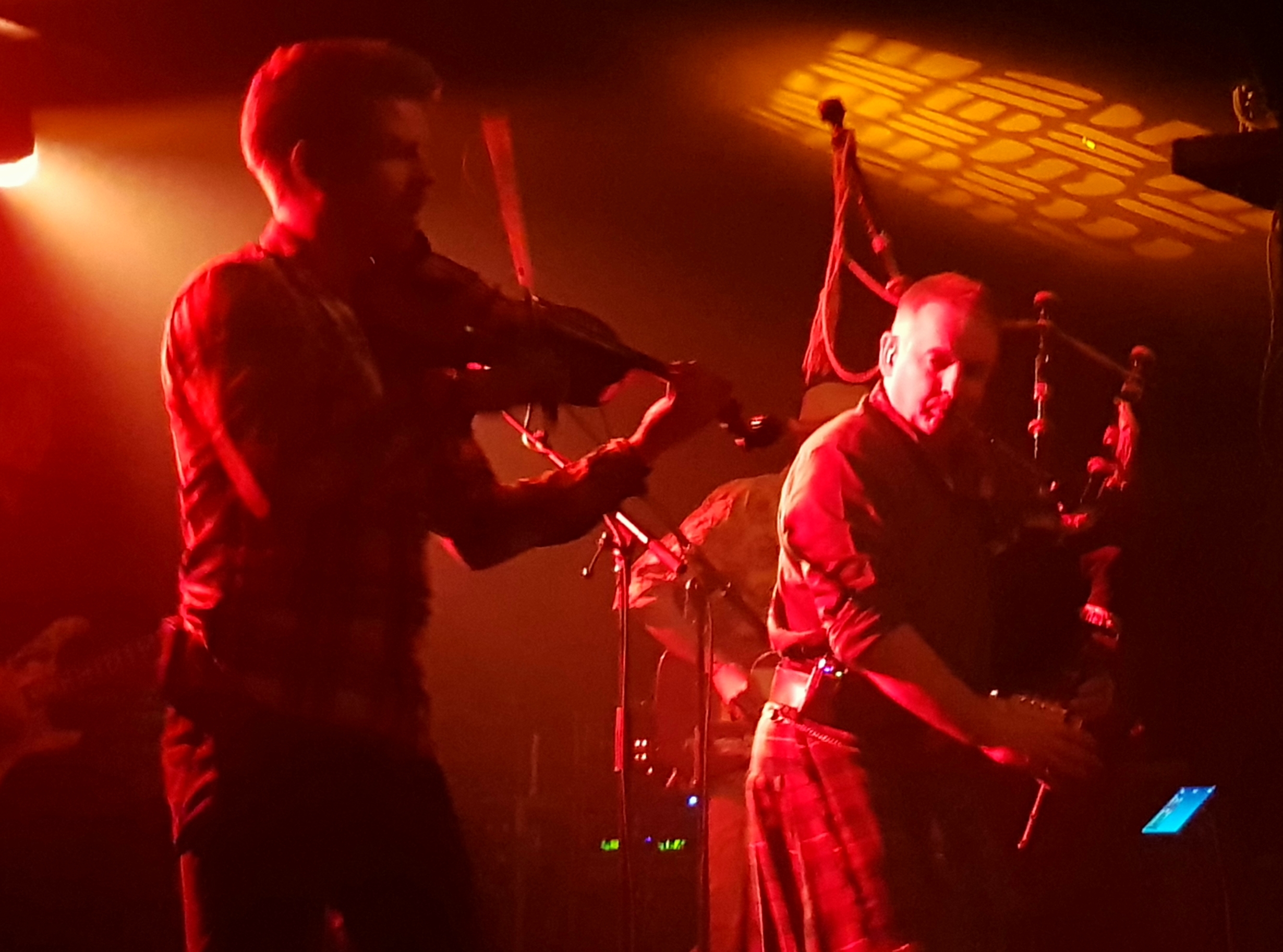