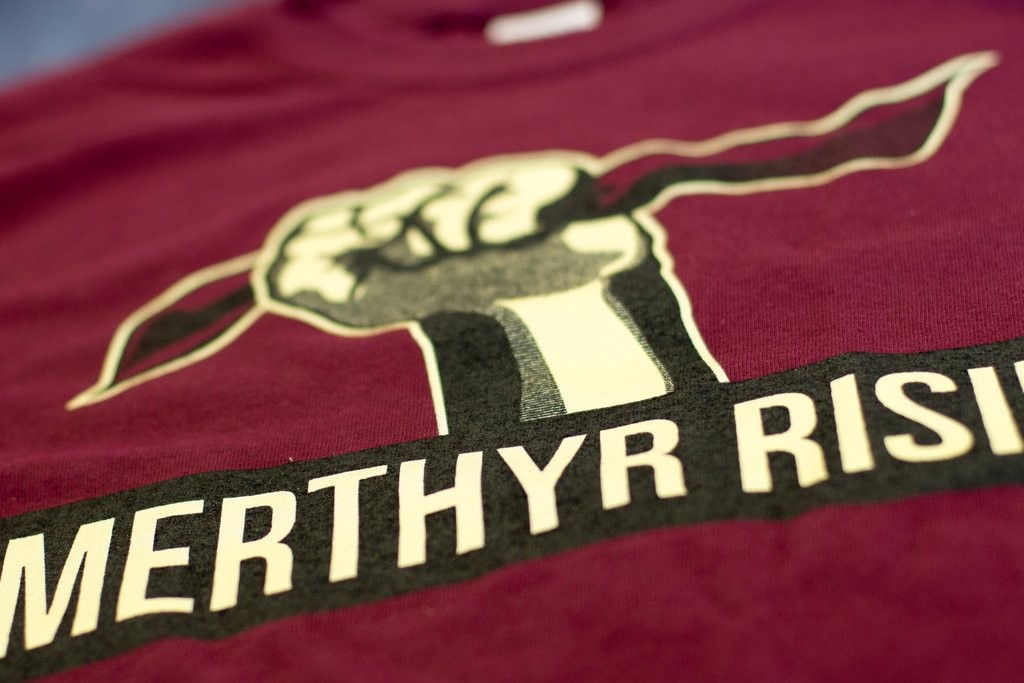 Since its monumental success in 2017 where the likes of The Alabama 3 and the Stereo MC’s shook the ground that the festival stood on to their core, there has been talk that the Merthyr Rising Festival had outgrown its spiritual home on Penderyn Square and that the next step was to go to a larger area within Merthyr Tydfil to hold the event in 2018.

The initial thoughts seemed that Cyfarthfa Castle and its grounds were the obvious choice due to it carrying a much larger capacity; allowing for any expansion plans that the festival organisers were developing or felt necessary. After some careful consideration the organisers have decided that the festival in 2018 will continue on Penderyn Square albeit with a few changes to allow for some steady but organic growth and festival development.

Festival Organiser and Director, Lyn Williams told us, “The Merthyr Rising Festival in 2017 was a huge success and through some very hard work from everyone involved surpassed the year before in every way possible. As a growing festival we did think about the various options regarding relocating the event to a larger area but it has been decided that we simply cannot leave Penderyn Square. The whole ethos of the festival revolves around the 1831 Merthyr Rising which happened on this exact spot so to move it just for the sake of it seemed illogical. We are a not for profit run festival so profit isn’t a driving factor for us. As long as we continue to develop the festival as a town centre event and maintain a strong community feel to the weekend both we and our sponsors are happy. We also realise the importance of increased trade to the town centre from visitors outside the area and this has been another major reason for us to keep the festival centralised within the town”

As mentioned, there will be some changes afoot to allow for a larger scope in 2018. The plans are that there will be a larger area closed off to include several street closures around the Penderyn Square area. This will increase the capacity of the festival and will create a more open feel to the whole festival grounds. This expansion will finally allow for a second stage area which will be located in the castle car park and will include a larger family fun area with kiddies rides and bouncy castles. Next year the festival will also be trying to ‘outdo’ the previous event’s line up and are already talking to a number of ‘highly respected’ live bands to play the main stage and there will be a much bigger area to host the street food court that went down a storm in 2017. There are loads of other things planned that will be announced over the coming weeks and tickets for the 2018 festival will go on sale in October so keep an eye out on social media for more details.

Once again Merthyr Rising 2018 looks set to an amazing weekend filled with amazing live music, thought-provoking talks and debates, arts, street food and above all fun.