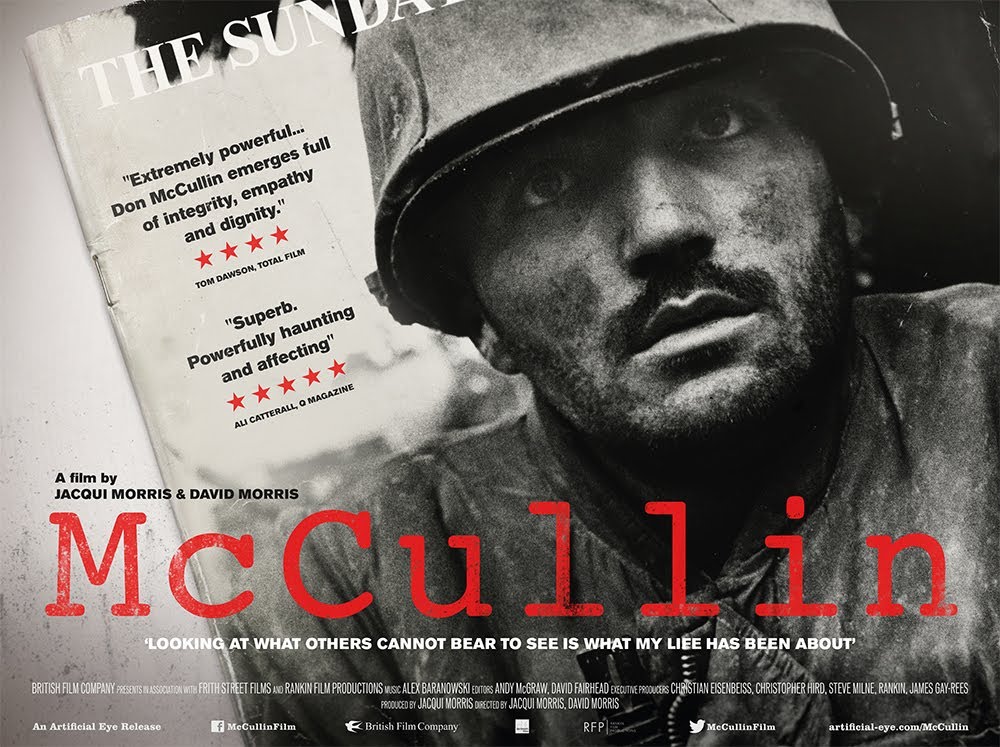 If a picture can paint a thousand words, Don McCullin must be one of the most verbose photographers of the 20th Century.

His images from the front line captured some of the worst moments of conflict in the latter half of the century and will have moved anyone with an ounce of decency that saw them.

Initially working for the Observer, then the Sunday Times, he captured images that brought conflicts such as Vietnam, the Lebanon, Biafra and Belfast to the breakfast tables of millions. In this documentary we see the human being behind the camera that was at once professional enough to take photographs in situations where most of us would be recycling our lunches, but human enough to know when to put his camera down and help people to get medical attention.

Whilst ostensibly a documentary about photography, this film also documents mans capacity for inhumanity to man and delves into the psychology of war reporting.

McCullin did not set out to be a war reporter and is horrified when he realises that he has become one, but openly admits that he had become addicted to wars and sought them out where ever he could.

His reportage documented the worst side of man and on several occasions he made some dangerous enemies for exposing the brutality of war. He describes the death threats from extremists in the Lebanon as a badge of honour because it showed that he was cut from a different cloth to them. But he is shocked when he finds that he was banned from going to the Falklands because the British establishment did not want him to present any images which could show the British forces in a bad light.

To compensate for missing out on the Falklands he make a journey back out to Beirut, despite death threats, to capture the tragedy as it was unfolding. Another thing that strikes home in this film is the fact that there is never a shortage of wars in the world to report on.

Whilst working for the Times he was given total freedom to travel the world and trusted to come back with the goods. That all changed when Rupert Murdoch took over and Andrew Neil became the editor. Pictures of dead children do not sell luxury goods apparently, and the advertisers have the final say in the world of News International.

With the advent of digital cameras and the internet, there is no shortage of quality photography covering the trouble spots around the world. But the days of magazines such as the Sunday Times Supplement printing images that may put us off our muesli (and hopefully putting us off going to war) are gone. We may not see the likes of Don McCullin again.