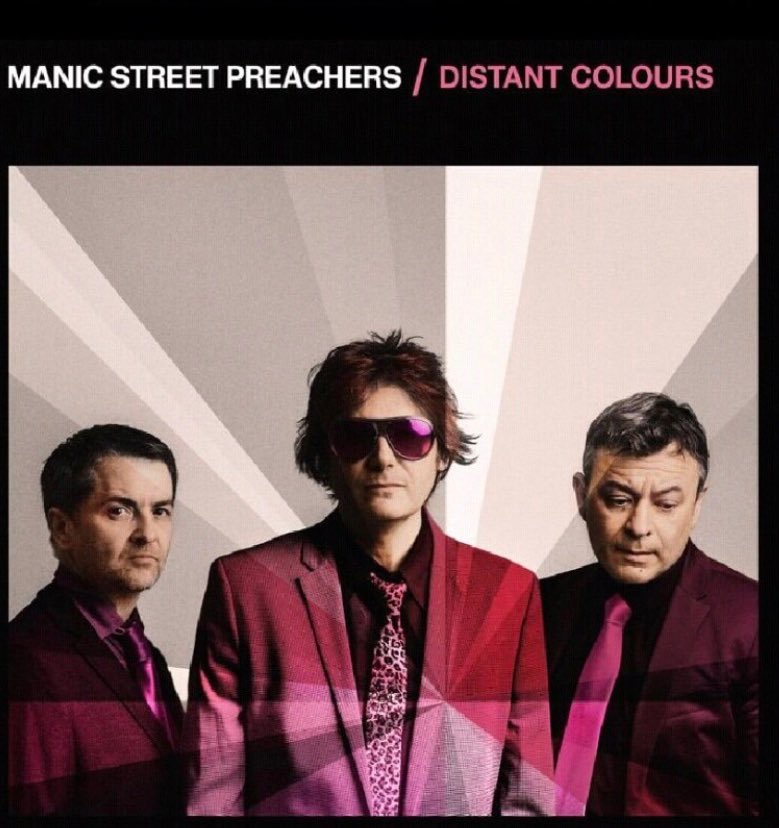 Blackwood’s most famous sons, the Manic Street Preachers return to the scene of their riotous gig in the Blackwood Little Theatre to film a video for their latest single, ‘Distant Colours’.

Whilst the band can sometimes appear to be a little aloof and media shy, it has to be said they have stayed close to their roots in the south wales valleys, often offering a helping hand behind the scenes with various artistic projects.

This can be demonstrated by this video which includes scenes shot in Mid Wales, the heads of the Valleys and in Blackwood itself.

Iconic landmarks in the video include the statue of the statue of Welsh warrior Llewelyn ap Gruffydd in the grounds of Llandovery Castle, the Aneurin Bevan memorial stones outside Ebbw Vale and the giant collier statue on the site of the old Six Bells colliery in Abertillery.

In the video they can be seen playing to an empty Little Theatre. The last time they played their was in 1986, when they were supporting Funeral in Berlin, who later went on to become 100,000 Bodybags. The Manics were bottled off by punks wanting the more hard-core FIB to come on.

The next time the Manics played Blackwood was in 2010 for a BBC gig in Blackwood Miners Institute. This time as headliners.

Rare and extremely ropey footage from the ‘riot’ can be seen here.