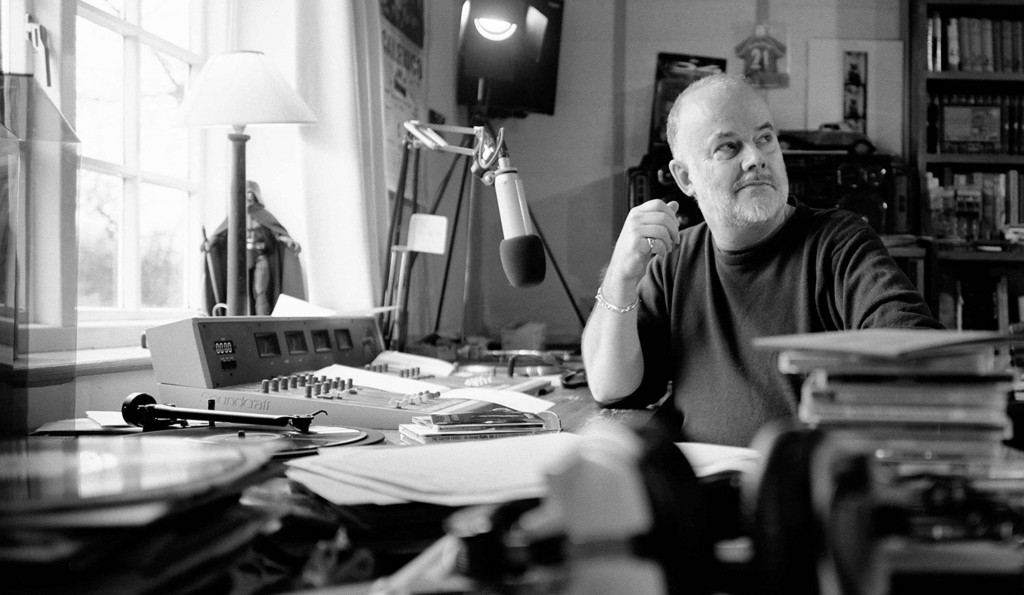 The next Peppermint Iguana Radio show goes out live on 25th October. The anniversary of the departure of the greatest radio DJ the world has ever seen.

John Peel died suddenly at the age of 65 from a heart attack on 25 October 2004, on a working holiday in the Inca city of Cusco in Peru.

We can but dream of one day being fit to lace his boots, but we can pay tribute to him on this week’s show. So we will.

Back in the days when it was acceptable for young boys to go to school in the morning and proudly announce they had been hidden under their bedsheets with a ‘tranny’, many of us will have spent many an evening listening to the John Peel show on a little transistor radio when we were supposed to be getting a good night’s sleep.

Who amongst us did not find ourselves scrabbling for pen and paper after hearing a tune that flicked our switch for the first time.

It is fair to say, over the years, he played an awful lot of crap, but you knew that somewhere on the show you would hear a tune that would change your life.

So this week, alongside the new releases from the underground that John would want us to champion, we will also feature some of the tunes that ‘Uncle John’ turned us on to. We will also try to dig out a few of those legendary Peel Sessions that could often make the career of young hopefuls.

To listen live, tune in to www.dapperfm.co.uk from 8pm o’clock UK time on Tuesday 25th October 2016.