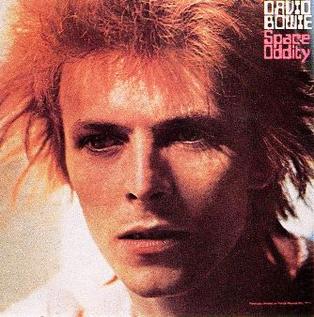 On 19th January we paid tribute to David Bowie. None of us here at Iguana HQ were massive fans of ‘The Thin White Duke’, but it is fair to say he was one of the most influential musicians of the last 50 years – so hats off.

He was often described as a chameleon, which is missing the point slightly. Chameleons change their colours to blend in. Bowie changed his couloirs to stand out – and others changed their colours to copy him.

For us at Iguana, he had not recorded anything that really flicked our switch for over forty years, but some of his early work was absolutely spot on. Changes, Suffragette City, Gene Gene, Space Oddity, Rebel Rebel – all timeless classics. For other generations there will be other periods of his work that did it for them. The point being, everyone out there will like at least one Bowie tune, if not more. Not many artists can claim that.

Then of course there were the collaborations with the likes of Iggy Pop, Mott the Hoople and the movies he made.

In this show we pay tribute to his Bowieness by including tracks written by him, inspired by him and even performed by him. As you can expect from an iguana show, our selection wanders away from the expected hits

And it goes without saying, we also spun a selection of new choonage and songs relating to other things going on in the world.

Listen again by going to the cloudcast below.

1. Kooks: BY DAVID BOWIE
2. No feelings: BY SEX PISTOLS
3. Born for a purpose: BY DR ALIMANTADO
4. Steel town: BY THE RED GUITARS
5. Running in the rain: BY NEW MODEL ARMY
6. Queen bitch: BY DAVID BOWIE
7. Up the bracket: BY THE LIBERTINES
8. Dred it: BY AOS3
9. I need a nurse: BY THE SICK LIVERS
10. World destruction: BY TIME ZONE
11. Jah pickney: BY STEEL PULSE
12. All the young dudes: BY MOTT THE HOOPLE
13. Ziggy stardust: BY BAUHAUS
14. Cherry red: BY THE GROUNDHOGS
15. Betrayed: BY PENETRATION
16. Search and destroy: BY THE STOOGES
17. Sick on you: BY THE HOLLYWOOD BRATS
18. Good fortune: BY PJ HARVEY
19. Seven day fool: BY ETA JAMES
20. Liza Jane: BY DAVIE JONES AND THE KING BEES
21. Open up: BY LEFTFIELD
22. Tell me it’s just a rumour baby: BY THE ISLEY BROTHERS
23. Soon forward: BY GREGORY ISAACS
24. Pity the fool: BY THE MANISH BOYS
25. Seven nation army dub: BY PRINCE FATTY MEETS NOSTALGIA SEVENTY SEVEN
26. One drop: BY PUBLIC IMAGE LIMITED
27. Rock and roll suicide: BY DAVID BOWIE
28. Stars die: BY PROCUPINE TREE
29. Life on mars: BY DAVID BOWIE