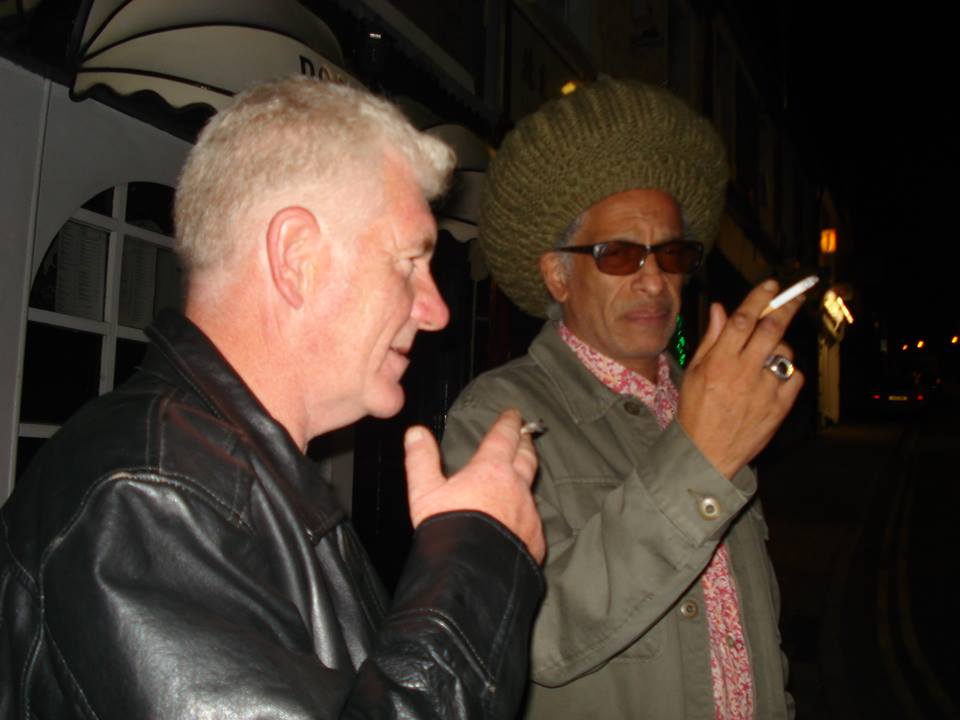 There were two themes running through show 127

As we rapidly approach five years of being on air, Ginger (almost) Gone has decided to hang up his headphones. Show 128, our fifth birthday, will be his last show. So for the last two shows he will be revisiting some of his favourite tunes that he has spun in the last half decade, including PAIN, Dr Alimontado and Ty karim.

He also paid tribute to ska legend Prince Buster who went to the great dancehall in the sky on 8th September.

Clint is not going anywhere though and will continue to bring you the best of the underground. This week his play was heavily loaded with bands playing the last festival of the season, Something Else in the Dean, which takes place in the forest of dean over 23/24/25 September.

He also paid tribute to Graham Wiggins, AKA Dr Didg, who sadly passed away in his sleep on 7th September

To listen again, check out ye olde coudcast below.

1. Earthquake: BY PRINCE BUSTER
2. Rough lover: BY ARETHA FRANKLIN
3. Baka: BY OUTBACK
4. Rave on: BY DR DIDG
5. Neat neat neat: BY THE DAMNED
6. Crackdown remix: BY TWENTY FIFTH OF MAY
7. Freedom Fighters: BY THE DEFEKTERS
8. Freedom fighters: BY SPANNER
9. Lighten up baby: BY TY KARIM
10. Born for a purpose: BY DR ALIMONTADO
11. Streets: BY PHAT BOLLARD
12. Twenty four seven: BY DUB THE EARTH
13. Shake em up: BY UK DECAY
14. Legion: BY THEATRE OF HATE
15. Not nowhere: BY MUDDY SUMMERS AND THE DIRTY FIELD WHORES
16. Disturbing one: BY TARANTISM
17. Just a little bit: BY ROSCOE GORDON
18. Grow more weed: BY PAIN
19. Music must destroy: BY RUTS DC
20. Sky high: BY CULTURE SHOCK
21. Subway joe: BY JOE BATTAN
22. Move way Babylon: BY ROGER ROBINSON
23. Mouths wide shut: BY CAPTAIN ACCIDENT
24. Hey aliens: BY THE BOUNCING SOULS
25. Why must I cry: BY PETER TOSH
26. You dont know: BY ELLIE GREENWICH
27. May you never: BY JOHN MARTIN
28. I dont wanna go home: BY DOOZER McDOOZE