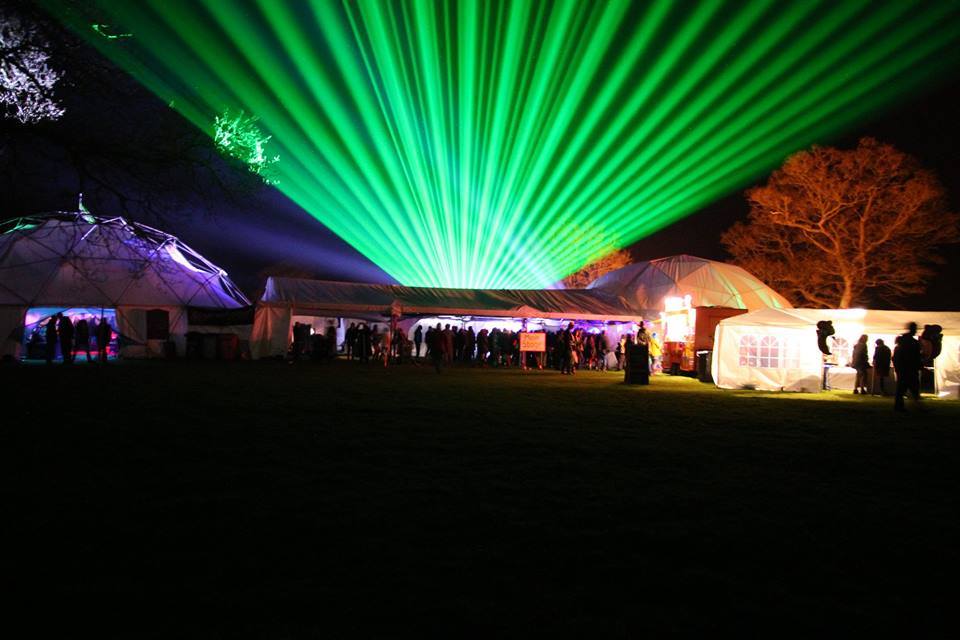 Over the weekend of 29th April to 1st May the hills will be alive to the sound of Landed Festival. Snuggled away in the heart of Mid Wales (Between Llandrindod Wells and Rhayader) Landed is one of Wales best kept secrets, mixing live music, DJs, theatre, crafts, healing and stalls, all surrounded by some of the most picturesque scenery in the UK.

We asked the Landed crew for some info about the festival – with a few questions to prompt them. They were so helpful, it would be a crime to chop up what they said – so here it be.

What was the inspiration for starting the festival?

Paul: Let’s be honest – the River Wye is breathtakingly beautiful, and the fields between our particular stretch of meandering banks and the grand Doldowlod Hall scream ‘festival’ to anyone who has ever felt a throbbing urge to throw a party. Thanks to the loving support of the Gibson-Watt family (the generous landowner-descendants of James Watt himself) we were offered the amazing opportunity to start the festival season at home – testing and road-readying all our equipment before the long year on the road.

Welsh winters are long and dark, so we’ve always been keen to get the toys out as early as possible – as soon as the days get a bit longer we’re ready to celebrate and with no other local excuses to get the gear out we started our own Beltane gathering. 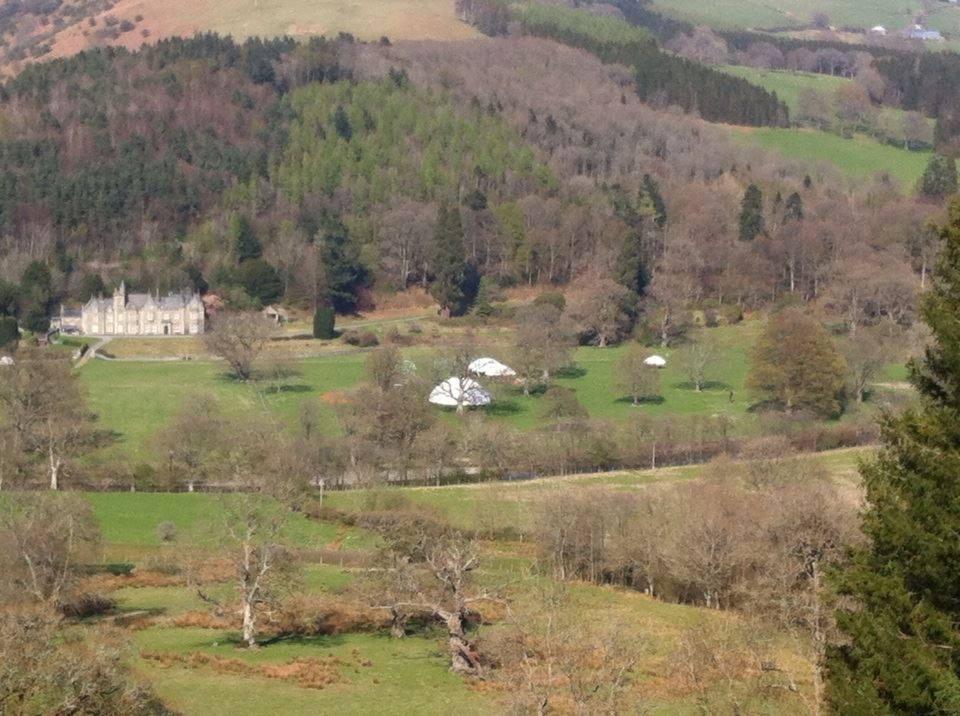 Did you have experience of organising festivals before Landed?

Paul: Well, Grubby grew up partying in the hills as well as working on event medical rescue. He’s been dashing about in Land Rovers since he were a lad – either rigging nets, power and soundsystems for hilltop ‘excursions’ or saving people from mountain-bike crashes and bog-snorkling incidents (as featured on tv across the world!).

Moving from ‘excursions’ into professional lighting design on big shows in London inspired him to take on the considerable ball-ache of throwing a full scale fully licensed gathering… after helping to organise Newfoundland festival, and fulfilling crucial site-manager roles at a number of events across the UK, he mustered the troops and inaugurated Landed in 2011.

Opus Jody’s the ‘sound bloke’ having worked for 15yrs at Opus Audio Technologies, and now touring his custom Opus sound systems at the more pleasant UK festivals, with a fair few private & public parties in between. He’s been involved in many festival dance areas, like Sunrise Solar Dance area, Bearded Theory Festival and The Glade area in Glastonbury, but Landed is the first ‘whole event’, complete with all the boring bits!

Paul is an itinerant festival contributor who’s helped organise stages and areas at loads of events including Boomtown, Shambala and Secret Garden Party.

Tina has never done anything like this before, but she’s better at it than any of us!

Do you have any particular mission with regards the environment, the local community, raising awareness about anything, money to good causes – or is it just a good party?

Jody – We’re all nuts about the home made & upcycled here. Pretty much all the stuff at landed has been hand built, or saved from imminent destruction!

We’ve got loads of local, and not-so-local artists, traders & caterers, and all their products are home made.

Goffannon Forge are building an amazing stag sculpture out of metal, for Landed 2016

Tina – We’ve got a number of charities here, like RSPB, Operation Street Dogs Varkala, and the Green Party are attending. We have specialized disabled camping places with power, and close arena access, and we’re working in partnership with Cartrefi Cymru to offer support space, and a carers tent, promoting equality and enabling disabled people to attend this sort of thing. 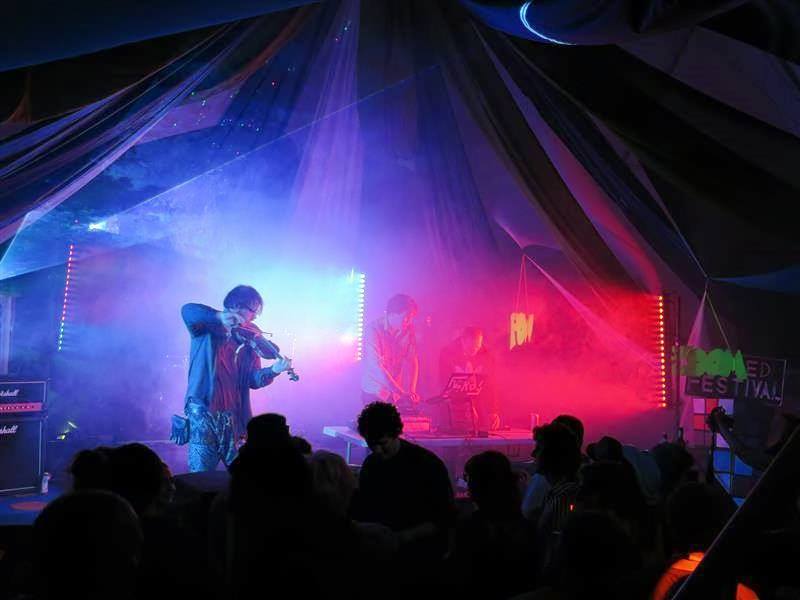 How many people involved in organising?

Mr Grubby is the main bloke, as dictatorships are much better than committees. He’s the lighting guy, and normally has at least 12 wacky missions on the go.

Opus Jody is the sound bloke, and has been stuck here at Landed since Grubby sabotaged his lorry, and made him break down here. Grubby is massively dyslexic, and blatantly needed a hand with Landed so Jody introduced him to the notions of spreadsheets and maps.

Tina Traders is actually organised, so she sorts out all the H&S stuff with all the traders, caterers, and, well everything. We would be completely doomed without Tina!

Poetic Paul arrived at Landed four years ago, after working alongside Grubby at events stretching back to 2008. After sticking his nose into all kinds of areas we’ve made him curate his own stage – the venerable Verbal Melodies is Landed’s home for spoken word, hip hop and collaborative jam sessions.

Anna looks after Landed’s little people in our Kids’ tent alongside a multitude of shows and activities for kids including circus (from arts open-door aerial workshops, arts and crafts, etc). 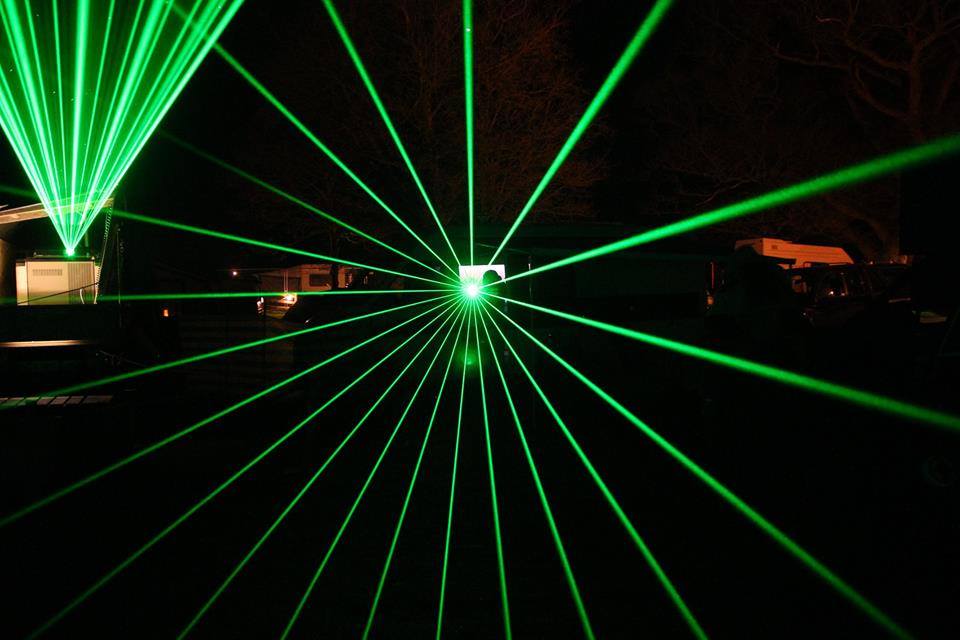 Bella is the Priestess of Stewards, and putting the domes up, and another Doldowlod resident.

Steve, our boat dwelling ex-military man. Amazing fixer of things, and a fountain of knowledge. Always the first of our site crew to arrive, which is just as well, as there’s a lot of stuff to fix!

Ady is all about the Unicorns! Apparently they would come a-.galloping, if we could just find someone to run the new Busking Stage, so obviously, Ady was happy to oblige.

Tony is not a unicorn, but he’ll do until Ady finds one.

Marv is just Marv! You don’t see him for months, and than he miraculously appears, and sorts loads of stuff out, including his marvellous “Marvs Bar”.

Chris, Ed (website), Anna (kids), Yazz & Flow (lights & Twitter), Anne (Instagram), …… The list goes on & on, We’re all a great team of volunteers, and we do what we can, with huge ‘to do’ lists all over the place, and mind-boggling amounts of emails flying around, but somehow it sort of works!

Are the locals engaged with the event?

Check out Upbeat Sneakers, a great eight peice ska band from Merthyr Tidfil, all between thirteen and nineteen years of age (*Iguana have already spotted them and will be featuring them on our radio show!) 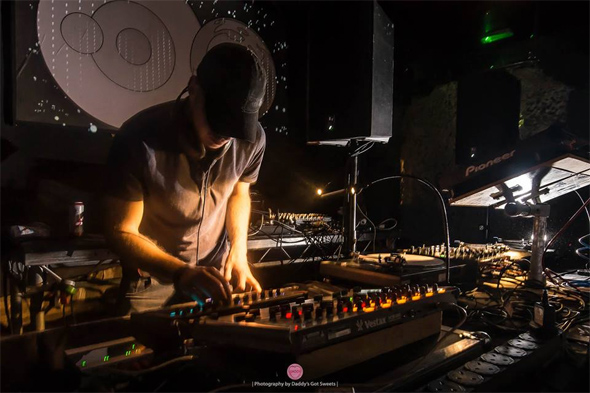 It’s gotta be good! In general it has to be upbeat, uplifting and with a vibrant live atmosphere. Landed is deeply committed to original music and has a firm no-covers policy, which applies equally to our new electronic dance area as to our more ‘organic’ music stages – at Landed you will only hear music created by the person presenting it to you.

When was the first festival – how big was it and who played?

The first Landed was in 2011 and featured the mighty Slamboree in their enfant terrible stage, in fact their first or second ever gig (told you Grubby has pedigree ;)) alongside Molotov Jukebox, Dr Meaker, Goldray and mountainloads of other great acts. It’s hard to keep count when having such a great time, but we estimate somewhere between five and seven hundred people came. 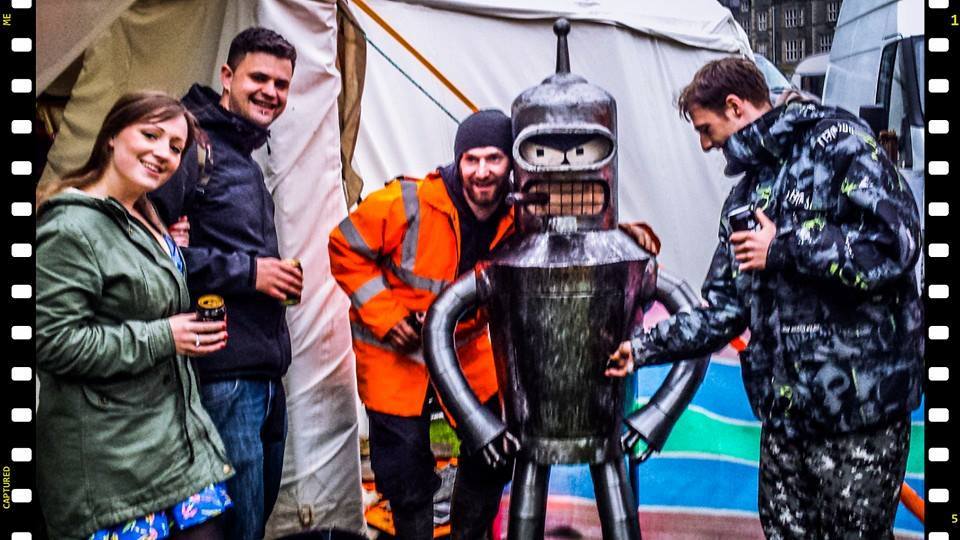 Has the event grown since you started?

Now in our sixth year Landed has more stages than ever, more circus, more original crafts and maker-traders, more great bands, more kids provision, basically more of everything, while still keeping close to its (upside-down) roots and a commitment to low prices – advance weekend tickets are just £50

What is new since last year – extra stages?

Errrrr, yeah. like, a lot…. pretty much everything in fact. Except for the duck race … which continues to prevail – Sunday 2-4pm, following the annual duck-pimping (12-2) where competitors augment their chosen vessels in preparation for the gruelling battle down the river wye chasing two free tickets to next year’s Landed, their name engraved on our (also new) Duck-Race trophy, and a rather fetching rosette.

We’ve totally overhauled the site, managing to move all of our production and heavy vehicle movements to the edges on more accessible tracks at the same time as opening up a good deal of the middle of the field for less heras-fence related activities.

There have been quite a lot of changes behind the scenes including a change from a committee management to a dictatorship of Grub and all seems to be well and good – team morale is an all-time high, although production is still a week away haha.

The other new stage is a busking stage, with lots of small bands planned, and some spaces for anyone there who wants to have a go.

Free activities for all ages. 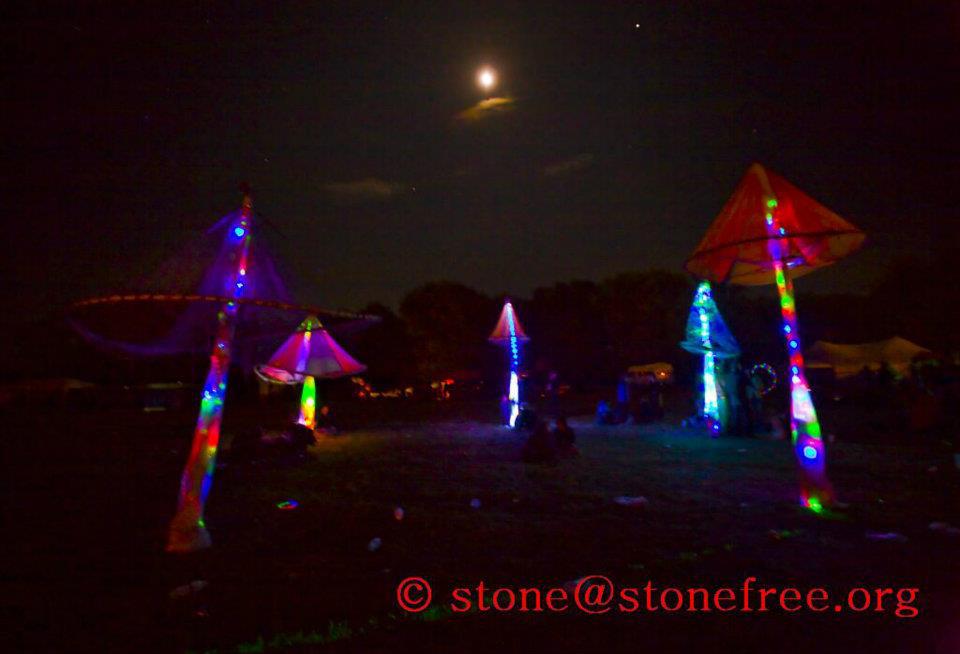 Are you planning on growing more?

Paul – yes, within reason and organically – without hurrying too much… long-term we’ll always be limited by the size of the site and frankly we’ve no interest in running anything all that large – we’re not exactly breadheads! That said we’ve still got a fair few tricks in store for the next few years and are confident that we can look after a few more people than we already do.

Jody – It’s great when you’re always at the same venue, as you get to refine the systems, so it gets better & easier each year.

It’s still early days yet, but we could double our current numbers I reckon. Beyond that, we’ll just concentrate on making it BETTER!

All images blatantly stolen from the Landed facebook page