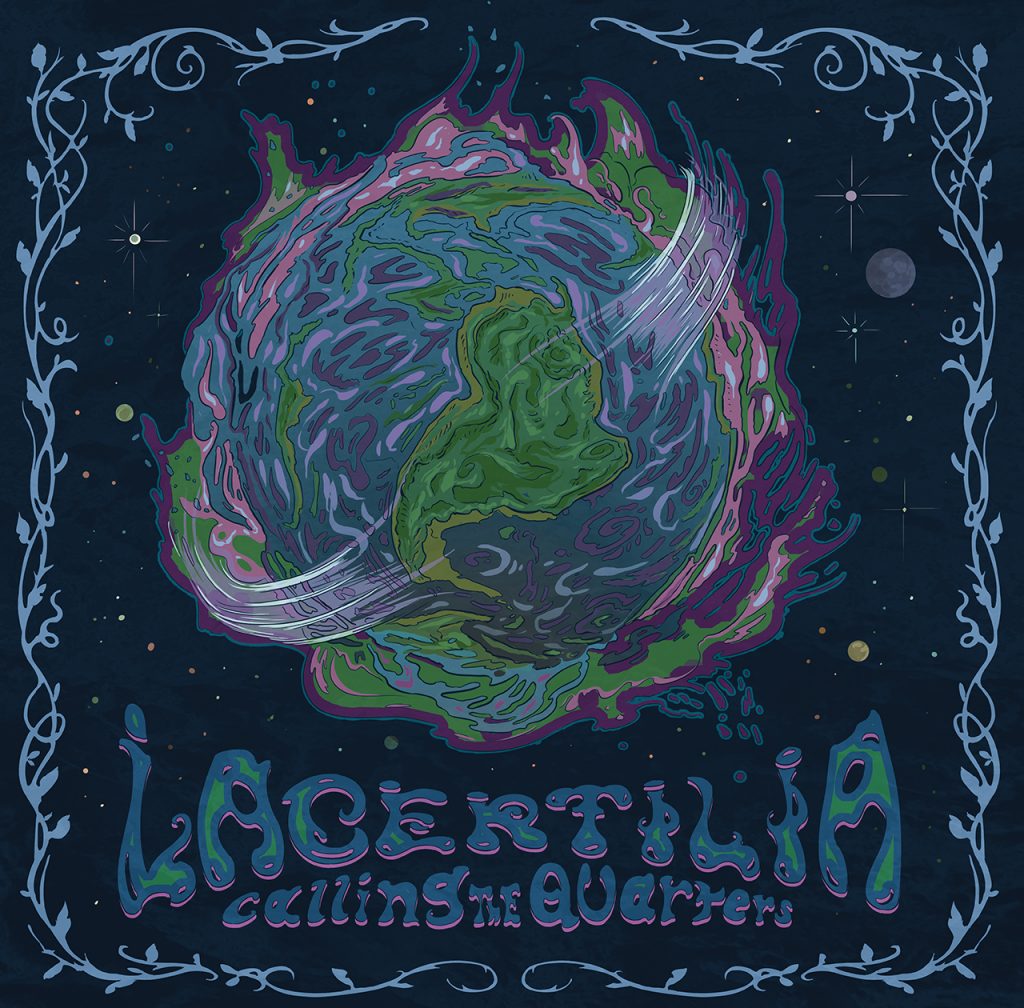 Noun: a division of Reptilia (usually a suborder of Squamata) comprising the true lizards, chameleons, geckos, and various related limbless forms all related closely to Aberdare snakes in structure and of origin no earlier apparently than the Jurassic period. Typically found in dark, noisy caverns in South Wales or further a field on remote grasslands away from civilisation. Their mating call is one of the loudest in the natural world and the mating ritual involves rubber gloves. Renowned for looking and sounding fierce they are surprisingly approachable and love to have their their belly tickled.

This recording features the sound of Lacertilia locked away in Foel Studios in deepest, darkest Mid Wales back in mists of time, before the virus descended on the land (2019)

The opening track, ‘Cloaks and Daggers’, sets the tone and leaves you under no illusion about what is to come. Balls to the wall, no nonsense, in your face rock and roll from another dimension.  If you were flying your star cruiser across the galaxy,  this would be the eight track tape you would slam in as you navigated your way through an asteroid belt.

The pace slows slightly for ‘Labyrinth’ but some how still manages to sound incredibly heavy and menacing.

Rather like their cousins, the Chameleon, they change colour slightly for ‘Further’ and ‘Procession’, coming over like shamanic lizards that have been lunching out on peyote in the desert.

But just as they are basking in the sun, a wild Mad Max style truck drives past at full speed, taking them on a full throttle ride, dropping them ‘At the Edge of Utopia’, just ‘Inside the Circle’.

‘Feral’ is a strictly acoustic interlude before the album collapses into a sweaty slushy mess with ‘So Mote It Be’.

It seems like yesterday this band burst onto the scene but they have been fermenting like a pot of magic mushroom coffee since 2013 now and they just get more potent as they mature.

As this album is released chances of seeing them live anytime soon are slim because of the ‘Lockdown’, but play this loud in your garden and you can be sure your neighbours will stay at least 2m away – thus helping the NHS and bringing us closer to the end of this chaos.