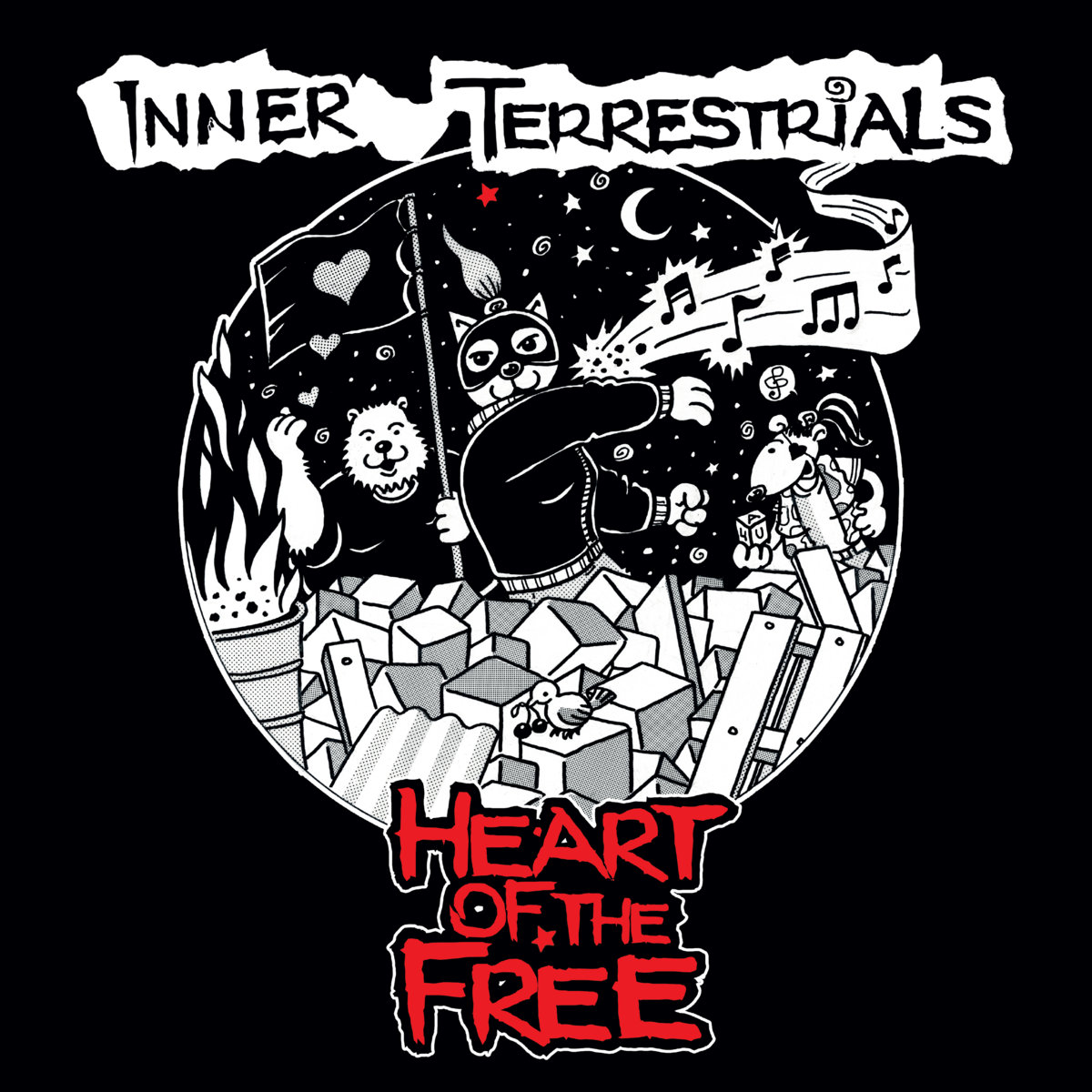 Early I.T. releases were noted for being intense, in ya face slabs of punk dub, that pushed the envelope and knocked everyone off their feet at the time.

A quarter of a century later, they still have that fire in the belly, but on this album the beast is on a chain. Still allowed to occasionally bark at passers-by, but restrained nonetheless.

One of the inevitable side effects of being one of the hardest gigging bands on the scene it that you tighten up your shit and learn a few new tricks along the way. For some time now, as well as laying down killer riffs, Jay has had his side project The Firepit Collective, which focuses on softer acoustic folky stuff. And that folky leaning is more in evidence here than on previous releases, resulting in a more intricate sound that means every time you listen, you discover something new.

Fran is still solid, laying down the foundations with his funky bass lines, accompanied by Ben “The Boy Wonder” on drums to form a formidable rhythm section.

This is the first album to be released with out the mighty Paco (RIP) beating out the rhythm in the background. We have no intention making comparisons (even if we wanted to, Paco was beyond compare), but Ben is doing a killer job and we are sure the big fella is looking down with approval.

Whilst they blend folk, dub and blistering punk – at no time do they ever sound like a folk band, dub band or punk band. Neither do they sound like folk-punk or ska-punk. They seem to have found their own unique sound that blends all the ingredients seamlessly. The idea of laying folk melodies over a reggae rhythm bizarrely works really well.

At any other time, the band would have been out touring the shit out of this, not just through the UK, but the length and breadth of Europe. We are in strange times though, with Covid putting a stop to UK gigs and Brexit throwing up challenges in terms of European gigging in the future. But as some Chinese bloke once said, “When the winds of change blow, some build a shelter, others build a windmill”. IT aint the type to head for shelter, we look forward to seeing how they mutate and survive.