Aberdare based posse Head Noise return with their second EP this year. 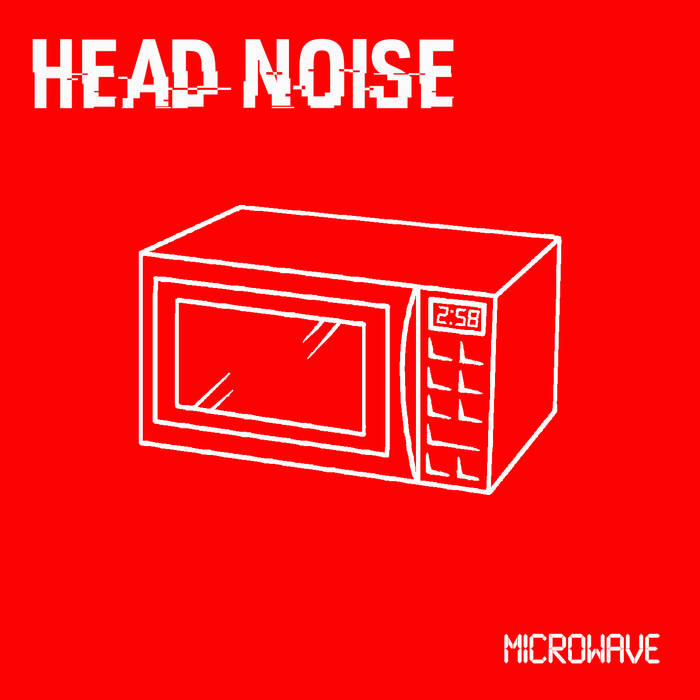 Eighties Electro Pop is an odd genre to revive. And a brave move, it is a style has not really stood the test of time. But Head Noise somehow manage to make it sound cool. Cooler than it was in the eighties.

This EP mixes nostalgia with irony in a way that really should not work. But does.

The title track, ‘Microwave’ looks back at a time when everyone was looking forward to a brave new world; freeing housewives from hours of slaving over a hot stove and allowing students to warm up their takeaway in the morning.

Yes, younger readers, there was time when these appliances were not standard and were considered revolutionary. A time when mobile phones were the size of house bricks, mobile music was limited to Walkmen cassette players and pubs used to shut in the afternoon. And back in those days, the charts were dominated by music like this. Only not as good.

‘Sufferin Succotash’ adds a rawer element to the proceedings, more post-punk that electro-pop. The problem with song though is that it is too short. Just as you start breaking sweat it is over before you can get into your stride.  Which is a shame, cos it is ace.

Things take a darker turn with ‘Fluffy Uranus’, wandering into early goth territory. Deep, guttural bass lines and lyrics about acid rain don’t want to make you jump up and down, but you do want to just sway from side to side as you survey the dancefloor wondering who you want to take home.

The final track, ‘I want you dead’, harks back to the first wave of punk, lyrically at least, with an upbeat kraut-punk rhythm in the background.

Short but sweet. If they are going to keep dropping these little EPs on us every few months, we are not going to complain.