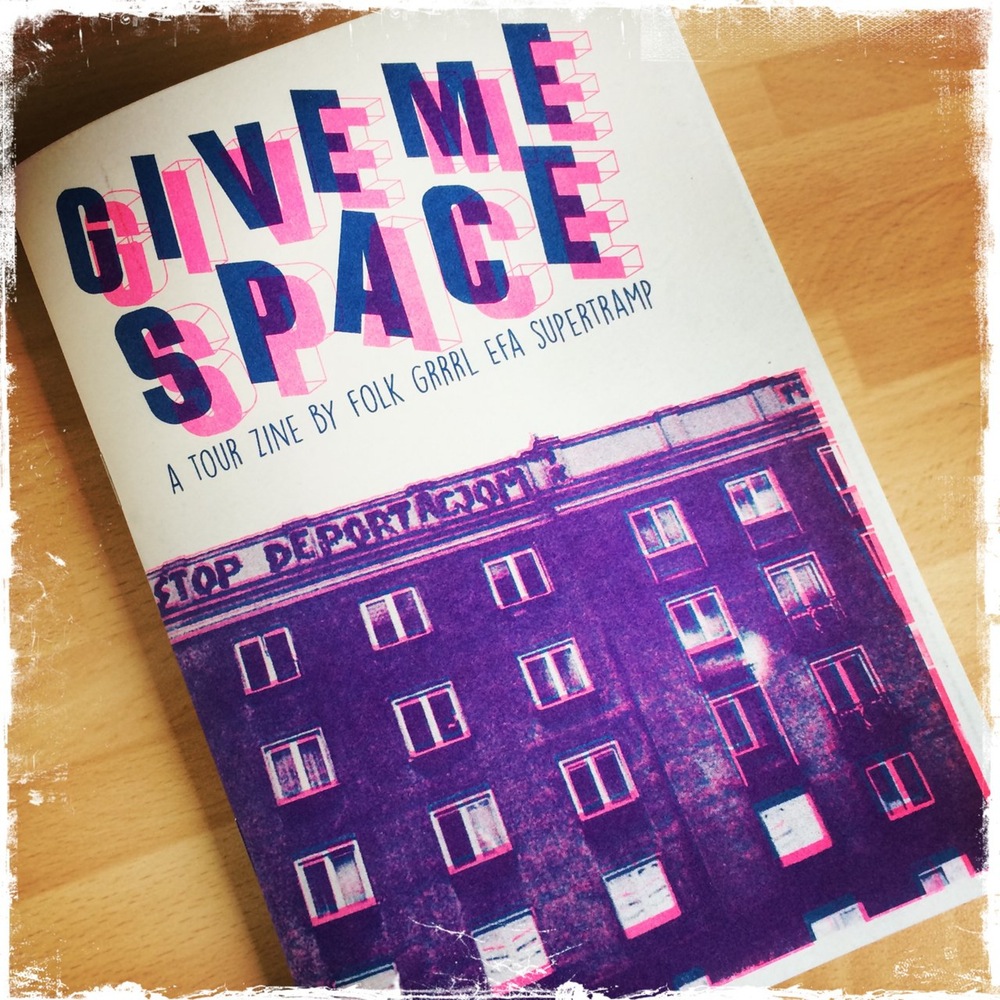 Ever fancied spending six weeks touring Europe on shoestring budget, playing gigs, supporting the DIY activist scene and meeting loads of cool people? Well, some people don’t just dream about it, they do it. Efa Supertramp has. Thirty three gigs over six weeks in eight countries and more than 4,383 miles. And what’s more, she has turned her adventure into a zine for you to read, be entertained by, educated by and – hopefully – inspired by.

Efa, for the uninitiated, is a North Walian riot grrrl that writes songs, sings them, records them, put them out on her own label (along with a shed load of other bands), sets up autonomous spaces, puts on gigs, cooks, rages against the machine and in her down time writes about it all in various zines. We really don’t know where she gets the time to do it all.

In 2015 Efa embarked on a journey taking in Netherlands, Germany and Eastern Europe. Along the way she played gigs, interviewed other artists, picked up vegan recipes, travelled on public transport, hitched lifts, rode bicycles and drunk some beer.

It is not a traditional rock and roll tour, there are no TVs thrown out of hotel windows, no tour busses and no snorting cocaine off the backs of dwarfs. This is a radical and conscious tour, with the autonomous spaces and the people she meets being just as important as her music. From performing in cellars liable to flood in Budapest and squatted community spaces in Amsterdam to festivals on ex-Russian air bases. Fortress Europe and the border crisis are talked of, along with providing food, not bombs and love poems are written to a caffeinated carbonated mate-extract beverage.

This zine could easily have been expanded upon to make a book, but that is not the way Efa does things, we have instead fifty six pages jammed with stories, interviews, discussions, illustrations and more. Read it, enjoy it, then go and visit some of these places. The very nature of some of these spaces means they will not be around for ever.

No doubt Efa will keep us all updated with the spaces that spring up to fill the void, cos this was not just a once in a lifetime adventure, this was just Efa doing what she does.

Want to get your mits on this zine? It can be yours for a mere two squids. Visit her websiste. While you are at it, check out her record label.