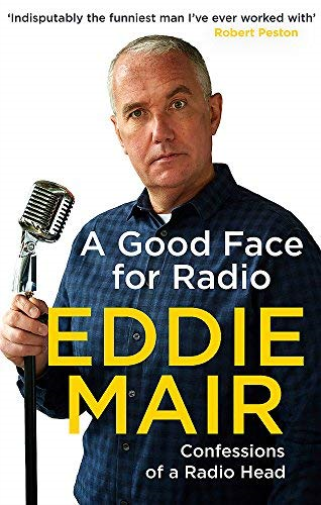 Eddie Mair, until very recently, was the jewel in Radio Four’s crown. Host of the five o’clock news magazine, ‘PM’ and frequenter stunt double on shows such as Newsnight, The Daily Politics and The Andrew Marr show.

Those of you that don’t listen to Radio Four, which I suspect may be many of you, might not be familiar with his dulcet tones and dry wit. You have missed out on one of the greatest broadcasters ever to grace the radio.

As lovers of music, we here are Iguana HQ cannot abide day time radio. At least, not the stations that play ‘music’.  Which means car journeys either have a soundtrack provided by CDs, Radio Four or Five Live.

The homeward bound commute was always much easier when PM was on. Traffic was never a problem, in fact there were times when we hoped for traffic so we could soak up more of Mr Mair. We could, theoretically, have put Radio Four on when we got home, but hey, who listens to Radio Four in the house?

Although, now he has left the BBC, we wish we had taken more time to indulge in PM. Even in the house.

This book, selected highlights of his column for Radio Times gives us a chance to catch up with his dry wit. After all, who the hell reads the Radio Times?

Mair is to the radio, what Bryson is to travel writing. He has the ability to turn the most mundane of things into hilarious diatribes.  From getting a haircut to travelling in lifts, from taxi rides around Turkey, to stale pork pies in the office fridge. All take on a new significance at the end of Mr Mair’s pen. The thinking man’s Peter Kay, if you like.

Despite there being no rhyme or reason for this book, there is no theme (other than intermittent rants about Robert Peston), it is un-put-down-able and laugh out loud in places.

Although he is a journalist, often hosting political shows, the book is almost free of any commentary on daily politics. We have to wait till we get the last two entries before he tantalising gives his thoughts on anything remotely political.

Now we have read this book we are kicking ourselves for not making more of an effort to listen to PM when not in the car. He has not gone away, he does a show on LBC, but we will have to make sure we do not forget to turn off when Nigel F****e comes on after him.