South Wales metal dub punk legends, Dub War are to play a one off special gig in the Cwmcarn Hotel this Christmas 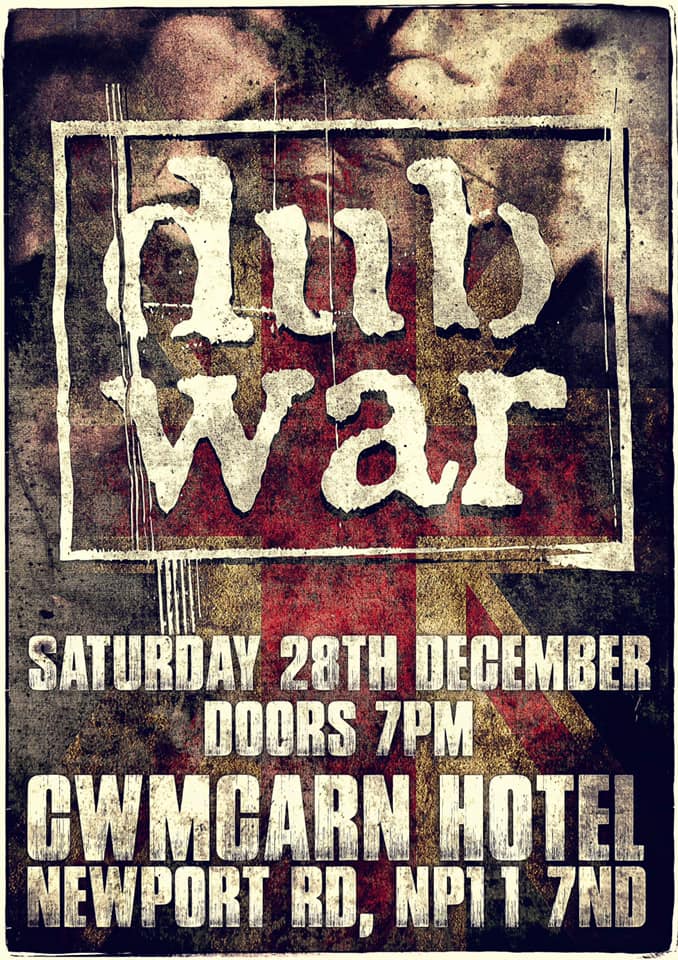 For the last year or so Cwmcarn has been treated to some pretty impressive gigs in the Cwmcarn Hotel, a venue that has been punching above its weight in terms of bringing quality vibes to the valleys.

The venue even won an award recently for being best live music venue in South East Wales.

However. On 28th December, they will be surpassing themselves by hosting Dub War for a one off gig.

Dub War burned brightly but briefly in the nineties before splitting in 1999.

In 2014 they played a handful of gigs but have rarely performed together since.

This one off gig in an intimate venue, just up the road from their home town of Newport is bound to sell out quickly, so Strike, while the iron is hot and snap up those tickets.

Venue owner, Chiska told us: “I’m more a fan of good friends than bands, i’m fully gassed to have spars such as Benji, Glover & the boys playing my yard, it’s humbling, This band hold the power & presence of any competitor on the world circuit, they are the original Rudeboys, non fuckery, straight up punks with that dirty dubness”.

You can grab tickets in person from Kriminal Records in Newport or Twisted Chilli Tattoos in Blackwood.  Or online from eventbrite. But hurry. When they is gone they is gone.