First post in what will hopefully turn out to be a collection of anecdotes of jolly japes in Campervan World. And possibly some tips on where to venture (and possibly not venture).

It was a long drawn out delivery. Having made the decision to take the plunge, the bank was doing it’s best to make sure I had given it proper thought. I was actually sat in the van with the keys in me hand when I made my first attempt to transfer the asking price online. A warning popped up about fraud and needing to ring the bank. Rather than sit in the van doing it, I just accepted that i would need to go home and do it properly.

After speaking to someone with a Scottish accent on the phone, I was advised that only scammers would ask me to transfer money, genuine people would take a debit card. I don’t know about you, but if I was selling something, I wouldn’t be able to take a debit card. Private individuals just don’t have that sort of facility. I hung up and had a chat with the main man. We decided to try PayPal. It didn’t work. We decide to call it a night, literally, and i would go into my bank the next day.

Next day comes along and I rock up to the bank. It turns out my money had fallen into some sort of blackhole between my bank and PayPal. “I’m afraid we can’t sort that, you have to ring the fraud line”. Through gritted teeth I thank them for their time and head off to ring them again.

Turns out everyone I speak to on the phone has a Scottish accent. I’ll let you draw your own conclusions. The call takes ninety minutes and highlights include me entering in the details four times and being completely locked out of all my accounts twice. After answering a series of questions about whether or not I had actually seen the campervan, how the seller made contact with me (he didn’t I bloody contacted him) and whether or not they seller actually had a gun to my head making me say theses things, the money was finally transferred.

Almost twenty four hours after my first attempt to pay, I am the proud owner of a new campervan. the magic of online banking eh! In fairness, despite the hassle, I am actually reassured to know that the bank were looking out for my interests (and no doubt their interest on my savings).

A quick phone call and Greta is on the way up from Caerphilly to join my Vanfleet. See what I did there? Yes, before she had even arrived, she had a fucking name.

The van was dropped off by the two guys that had fitted her out. One, I had met before, but his brother in law came with him to give him a lift home. He seemed quite passionate about the van and genuinely sad to see her go. Or at least he seemed as genuine as anyone can in a five minute conversation. We chatted about the features they had installed and their next project.

They had bought the van last year with the sole intention of converting it and selling it on. Now whilst my street cred would have been better if I had bought a van and converted it myself, I’m not the most practical of people, and even if I was a little bit handy, I would never have been able to do a job as good as this. Everything is brand new, it is all solid and they have done a cracking job on installing solar panels on the roof and lost of electrical points, fridge, mood lighting, even a fucking projector for watching films inside.

Up until the guys bought the van, it had been a minibus for disabled people in London. Whilst the thought of stop/starting in traffic in London is not good for a vehicle, it sounds a lot better than a van getting hammered with all sorts of shit thrown in and out of it and driven ‘like it was stolen’. Second hand vehicles are always a gamble, but this seemed like a gamble worth taking. A test drive by our tame mechanic Gazz also confirmed there was nothing obviously wrong with the vehicle (apart from being a Renault). Cheers Gazz.

NOT MY FIRST RODEO

I have never ‘lived on the road’, or anything remotely as cool as that. I have had caravans before through. Thirty odd years ago, when kids arrived on the scene, it seemed a better option than doing festivals in a tent. 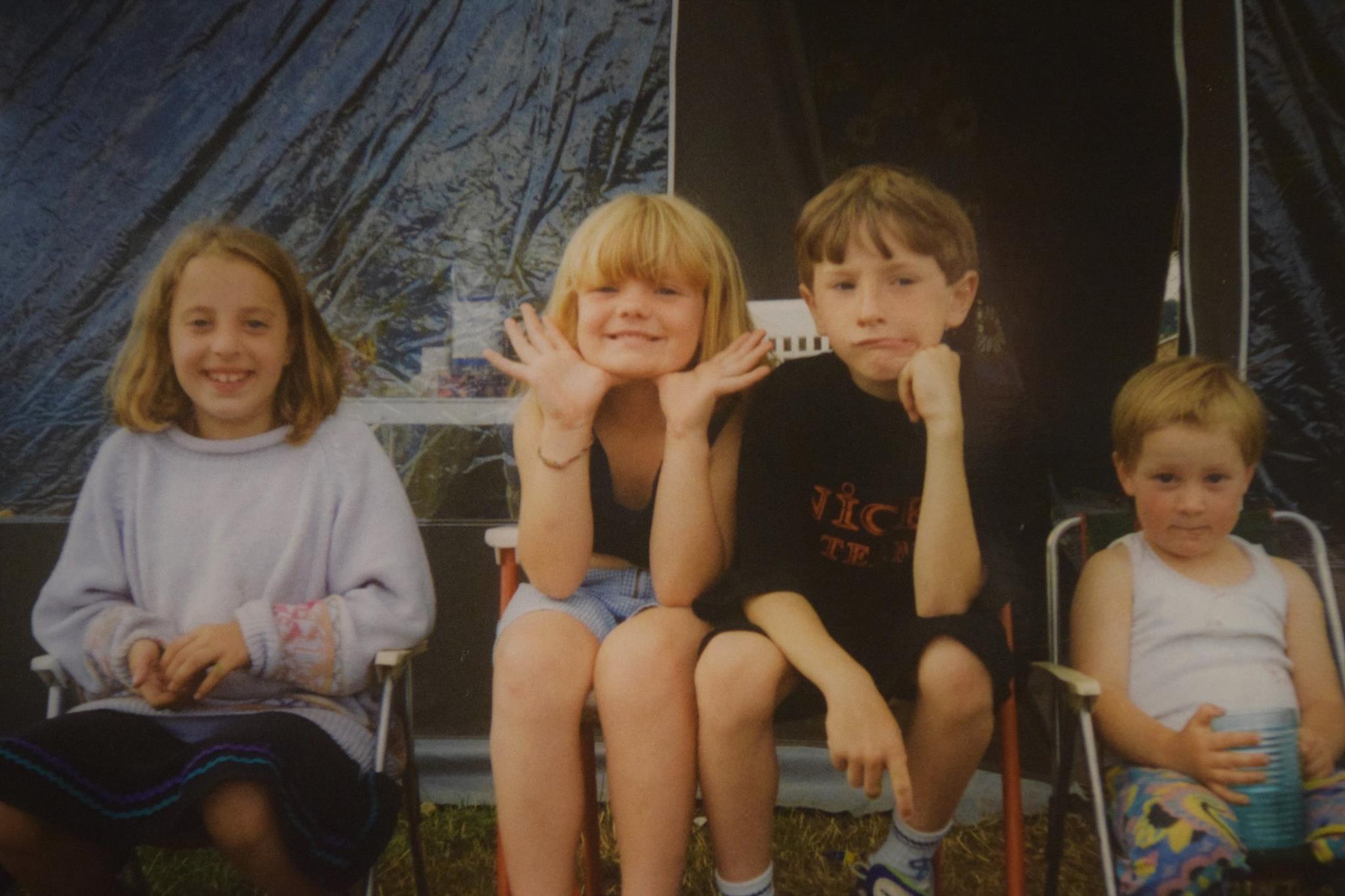 Caravans have several advantages over campervans. They don’t need tax, insurance, MOT or servicing for a start. You can also leave them and drive off to explore the local area. And for the price I paid for Greta I could have bought a really nice car and caravan.  But I fancied the idea of being able to go off at the drop of a hat and just park by a beach, on a mountain or wherever and just chill. A caravan is a bit too much of a potch for that sort of malarkey.

After fifteen years of caravans, I asked a mate to tow my caravan to Glastonbury with my new car and I would meet him there. I was at a union conference and could not make it till the Thursday night. One job. He managed to smash up my new car and my caravan on the way in to the festival. One fucking job. he was not hurt though, which was all I really cared about. 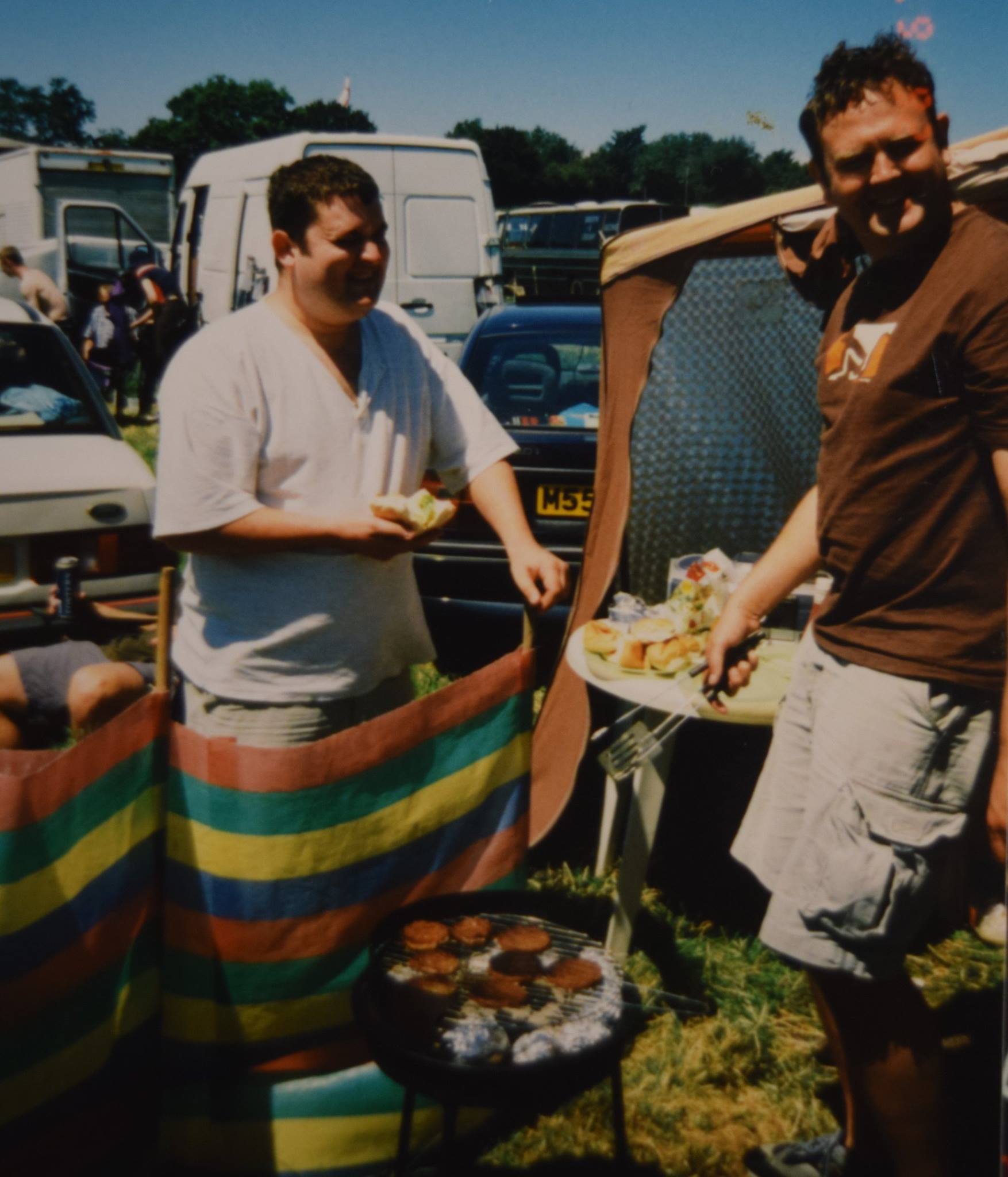 Being a dreadful procrastinator, I never got around to replacing the caravan. There were occasions when I would tow Ginger John’s caravan, his own cars were never really up to it. That ended when the axle of his caravan snapped . Yes, his caravans were never really up to it either. Other than that, for almost twenty years it has been a mixture of tents and occasionally sharing mate’s vans.

When lockdown came along, there was a bit of a break for the festival scene. When it all started coming back to life, the rest had made me realise that tents can be a bit shit on times. the putting up and taking down, the not enough room to swing a cat, the airbed that never stays up and the trying to open the zip in the middle of the night when you are bursting for a piss.

And whilst I had coped with roughing it on my own, Gromit came into my life and she deserves better. The hunt for a van began. And, as you can tell, ended, on 24th June 2022, when the keys to Greta were handed over.

Now begins the fun of personalising her and plotting adventures. Watch this space. 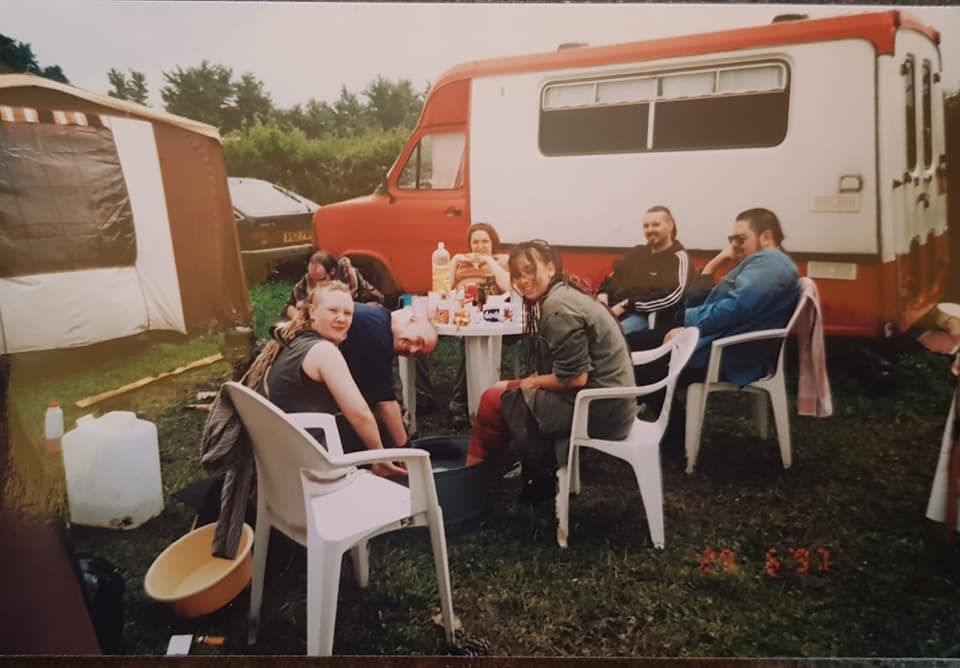