Dead at 27 drop ten new tracks to (hopefully) prove that you don’t have to be dead to be appreciated. 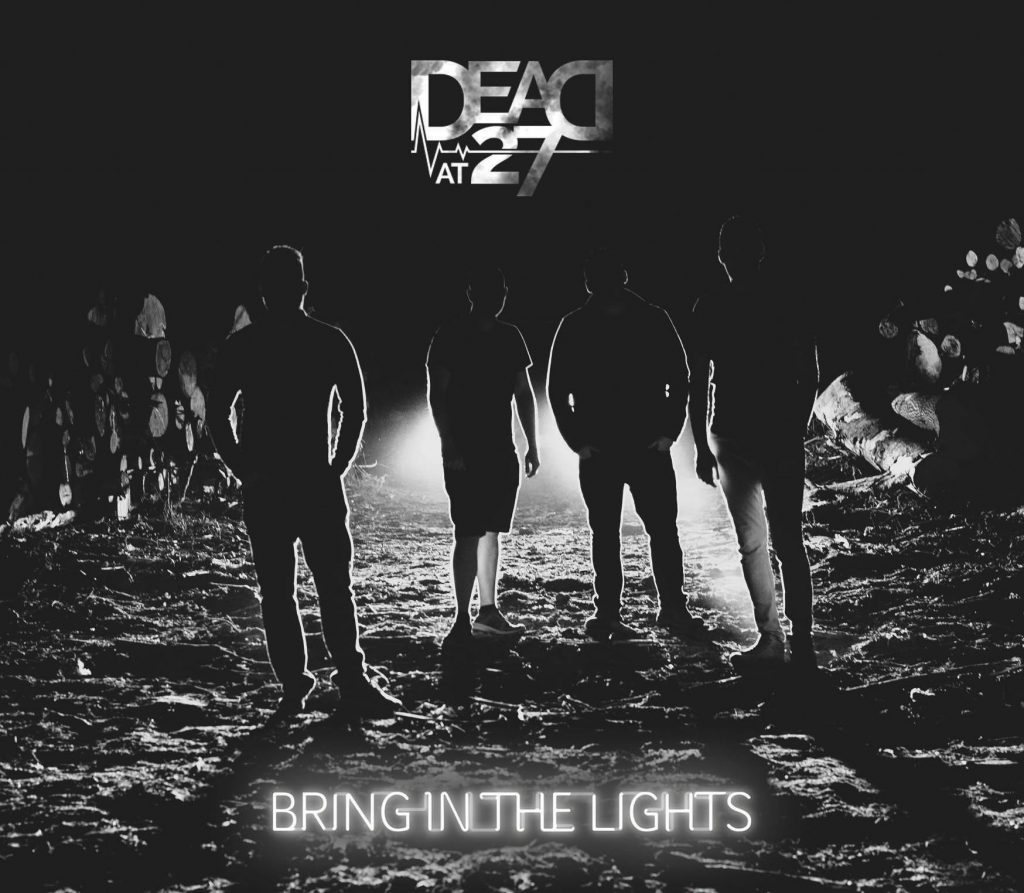 Eighty years to the day since the legendary bluesman Robert Johnson shuffled off his mortal coil, and thus claiming his place as the first member of the ‘Dead at 27 club’, this upcoming South Wales alt-metal outfit release their first album on all good streaming platforms.  Ask them nicely and you might be able to get hold of a limited copy on one of those ye olde compact discs.

In their two short years of gigging they have earned themselves a reputation with crowds, sound engineers and pub landlords alike as being loud enough to wake the dead. And this reputation is cemented with this release. Although it is not loud for the sake of it. It is tight, crisp, precision loudness, with volume used as another tool in the kit.

Killer guitar riffs, deadly bass lines and lethal drumming with vocals that put the fear of death into you laid over the top. All with a production to die for.

As is the way these days, no self-indulgent guitar or drum solos, but you get the impression that if they wanted to, they could give the best of them a run for their money.

Although they are unsigned, they have clearly gone to great lengths to make this release as professional as possible, with the best production no money can buy and a slick (but ever so slightly creepy)  video to promote ‘Mud’, the first single off the album.

‘Mud’ is the opening number. It is a tale of egos and revenge, and sets out their lethal stall at terminal velocity. ‘1994’ continues the pace, but we get a chance to catch our breath, when ‘Miles Away Part one’ brings a slower acoustic vibe to the party – well, for a minute at least.

‘You’re Not Getting Up From This’ opens with a chunky riff before pounding on the stereo speakers with thunderous and, at times, almost tribal beats.

For the most part the vocals are almost an extra instrument; ‘shouty’ but not ‘screamo’; full on, but not jarring; a nice complement to the boys in the back.  ‘Until the end’ is almost entirely acoustic, and give’s Nathan a chance to demonstrate he is not just about intense stuff and can pull off a softer vocal style as well.

The finished article is almost text book alt-metal – or however you want to classify this. It’s contemporary metal, with not a whiff of dandruff, patchouli oil or spandex in the room.

They don’t need to go down to the crossroads to sell their soul like Johnson, they already have what they need to make their mark. 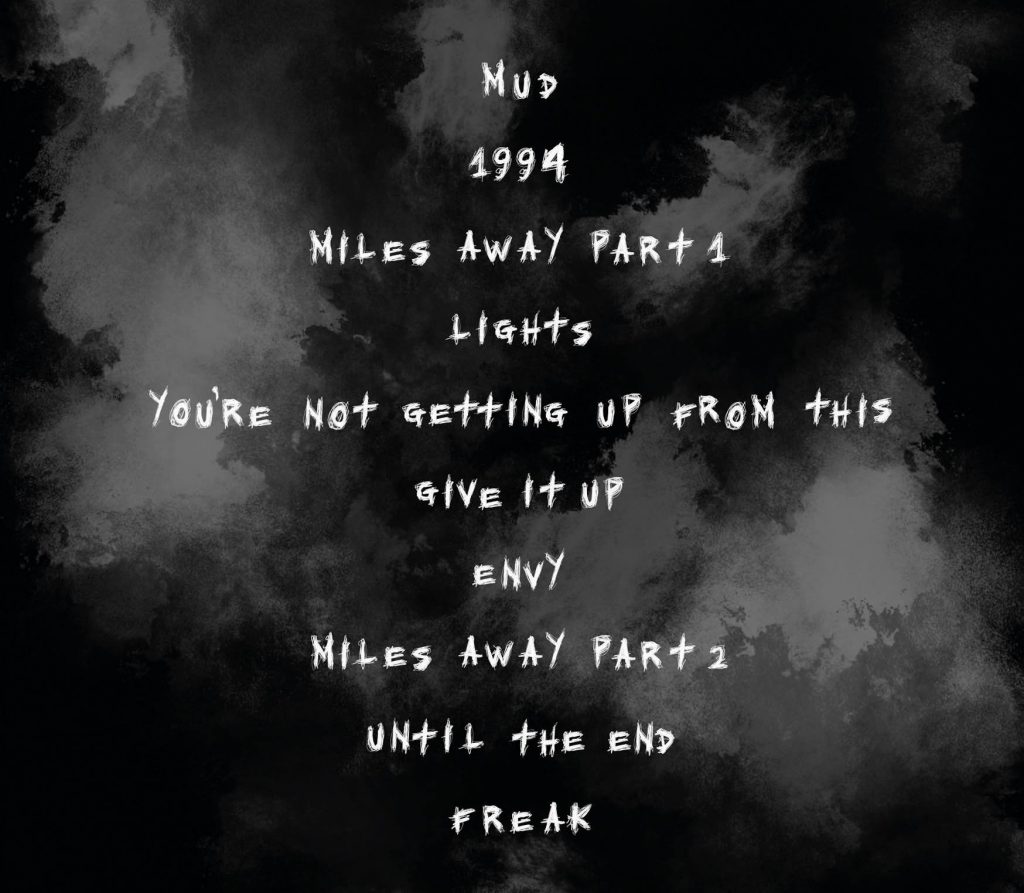 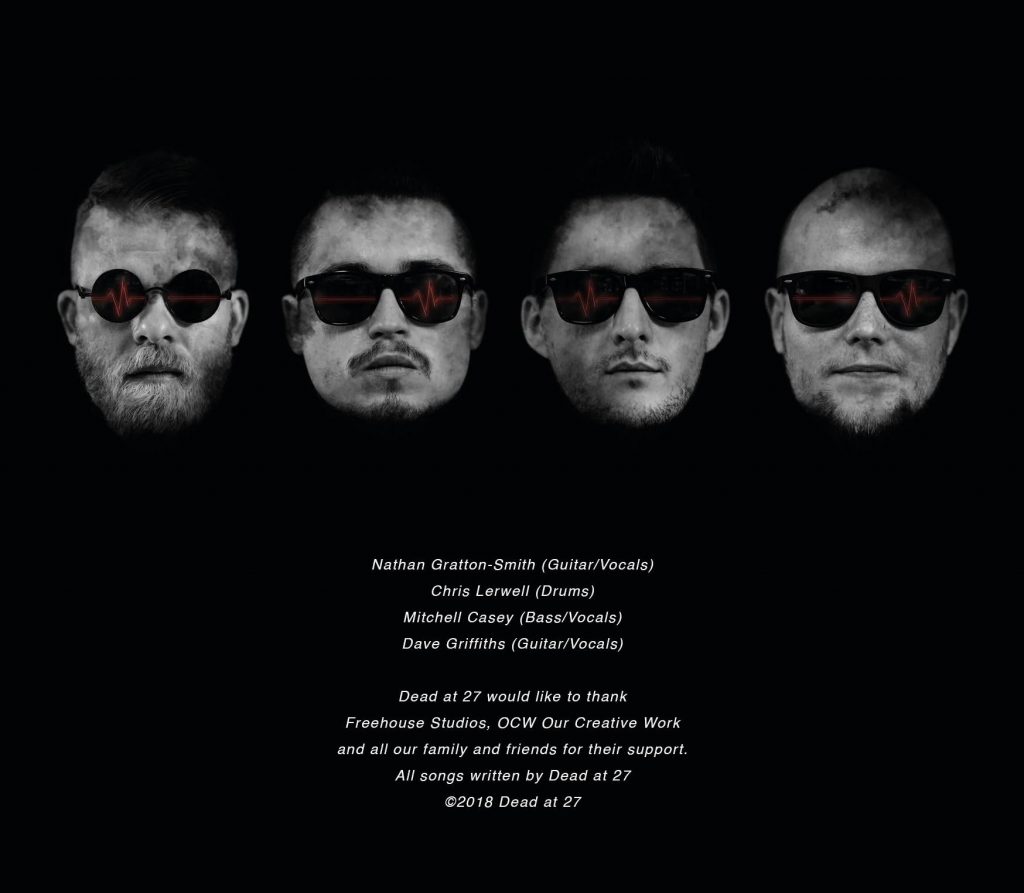