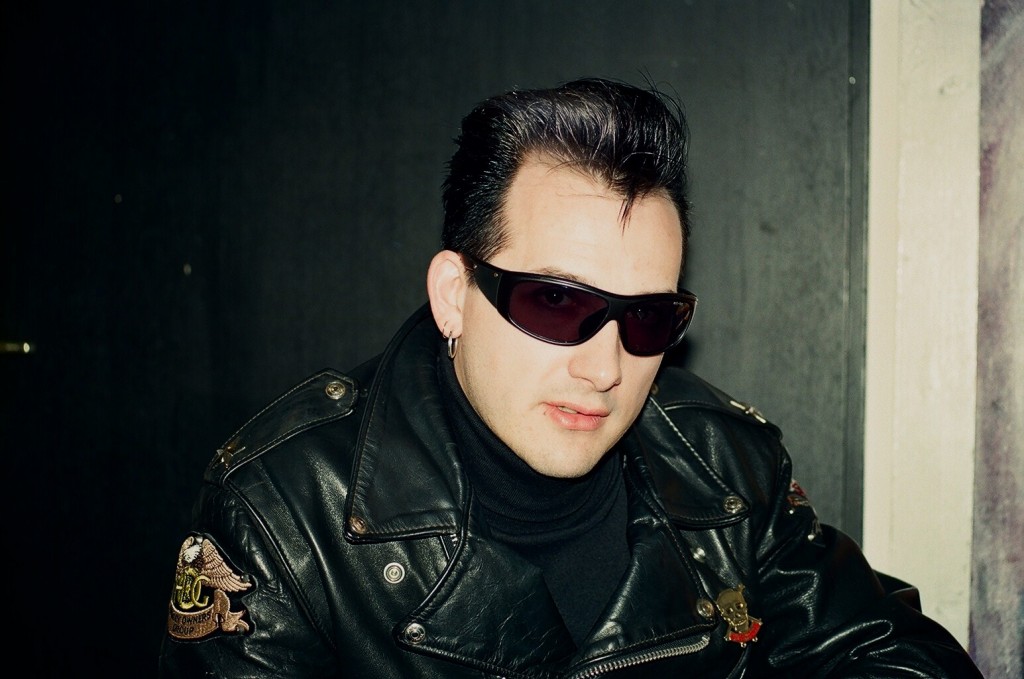 As we have just marked the 40th Anniversary of the releases of the Damned’s New Rose, widely regarded as the first ever punk single, we thought it appropriate to dust off an old interview we did with singer Dave Vanian in TJs back in November 2001

The Damned have been around so long, some of members of today’s punk bands weren’t even born when this lot first started making a splash, yet the influence of those early noises still resonate today. First punk band to release a single; first punk band to release an album; first to break up and, yes, first to reform. In fact, they had reformed before many punk bands now considered as ‘classic’ had formed for the first time. They are still treading the boards, still releasing music and after a million line-up changes are no nostalgia trip, they are hotter than ever. We could not resist setting up ‘an interview with a vampire’ when they waltzed into the Legendary TJ’s. 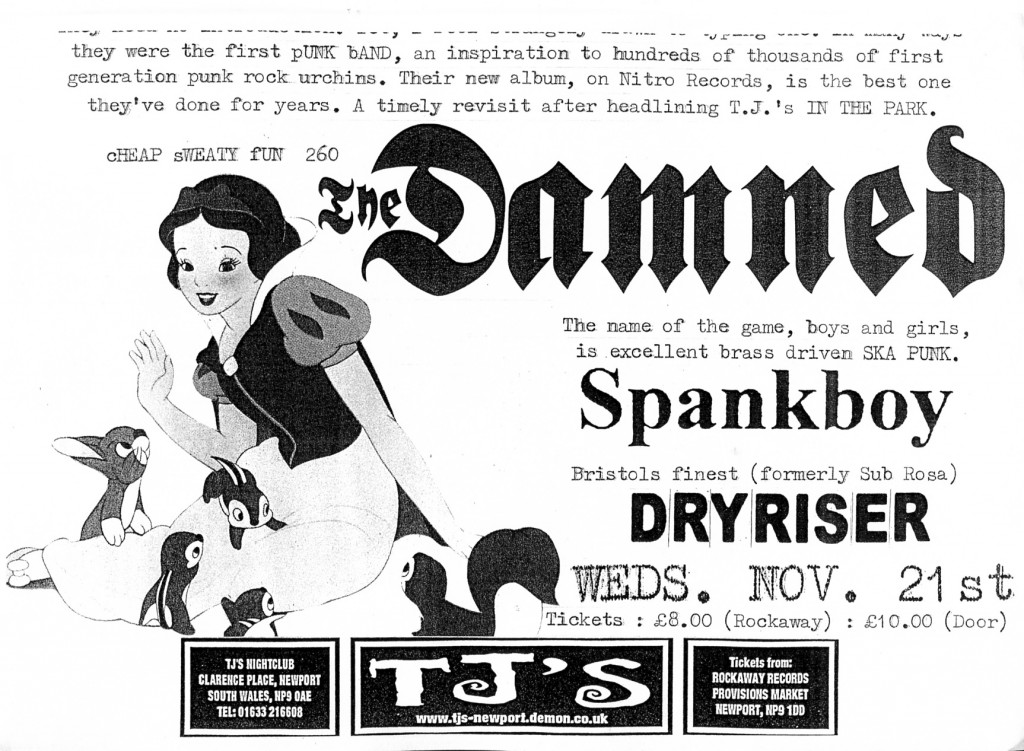 We managed to catch up with singer Dave Vanian, the only constant member of the Damned throughout its long history, for a quick chat before they played the Legendary TJs in Newport back in November 2001.

Over the years, the Damned has not been the only project the various members have been involved with. Captain has had his solo career (which is far more extensive than just Happy Talk and the Big Break theme tune); Punk Floyd; The Dr Spacetoad Experience and numerous others. Dave Vanian has had the Phantom Chords project to play with. So is The Damned a full time day job now or just a way of bringing some money in occasionally? “I still do stuff with the Chords” Dave tells us “and I am sure Captain will still keep doing his thing but The Damned is definitely the main project. It has been my ‘Day Job’, as you put it, for 26 years now.”

The new (in 2001) album ‘Grave Disorder’ was the first proper new album for 15 years. It is certainly an improvement on ‘I’m alright Jack and the Bean Stalk’, the 1996 album, which had not been intended to see the light of day in the form it actually appeared in. Does Dave see ‘Grave Disorder’ as a step forward, a re-launch of the Damned even? “I would certainly hope it is a step forward, it is a very strong album and I hope it will prove to a lot of people that just because you have been around for a long time, it does not mean you cannot make good music. We haven’t been around for ages but we haven’t had any negative reaction to this album, which is really great. It was fast and exciting putting it together and it was like going back to the ‘Black Album’ days”. 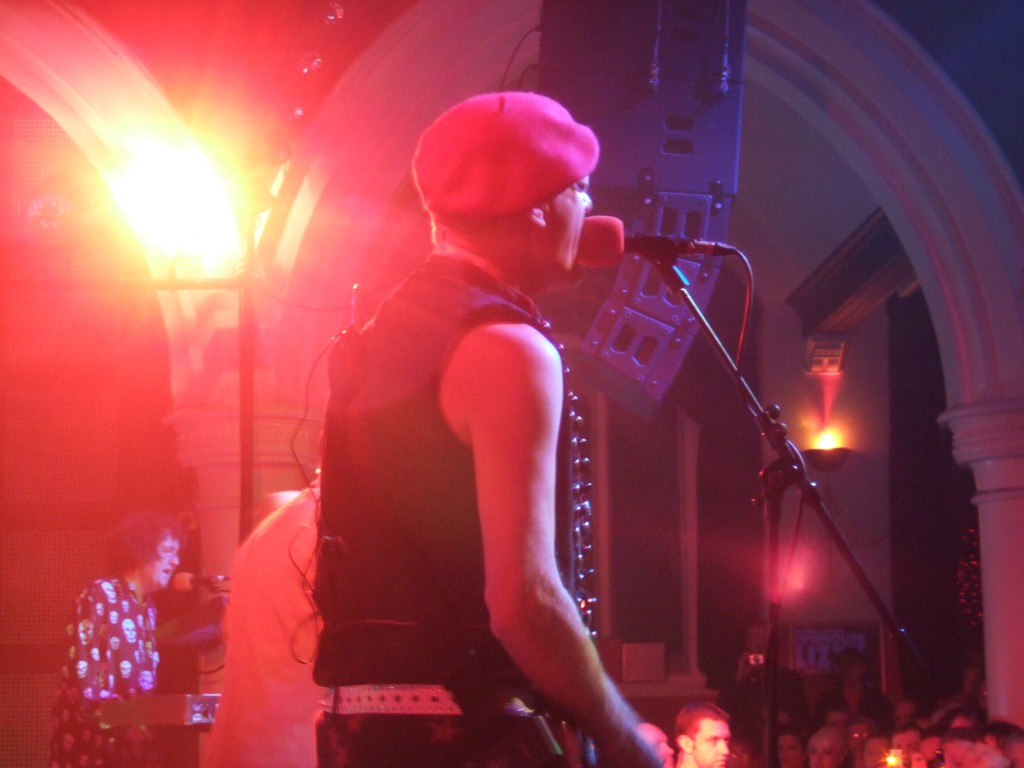 Over the 27 years the band has been knocking about there have been numerous ups and downs, does Dave think there was a particular time which could be picked out as the heyday for the band? “There were some good times just after the ‘Black Album’ was released when we had a few singles in the charts, after ‘Fantasmagoria’ it seemed like we were touring everywhere in the world, but this now has got that exact same feeling. There was of course that early tour with Marc Bolan, which was a real highlight. There have been about four or five really big steps over 20 odd years, but yeah, Marc Bolan”

The Damned are universally regarded as having been the first punk band to release a single, with ‘New Rose’ in 1976, beating even the Sex Pistols to vinyl. Does Dave ever get pissed off with that label and people forgetting where the band is at now? “Ha! I think people have forgotten what punk was!” Dave chuckles.

At this point the proceedings take a surreal turn, when a severely dodgy powder monkey with a strong Newport accent and 24 hour eyes interrupts the interview to try to sell Dave a clarinet of dubious origin. We are not sure which was the weirdest, the fact that this guy was wandering around Newport trying to sell a clarinet, or the fact that Dave was actually considering buying it! Normality does not resume, because as soon as clarinet man left the Captain started sound checking meaning the rest of the interview was carried out with us shouting at each other.

Captain has done some political things, singles on the Crass label etc, but the Damned have never struck us as political, are they? Is democracy a change in that? “The Damned have always been political. Anti-pope was very political, so was smash it up. They are not so in your face as some bands. There is also the social observation type stuff. I am not a politician; otherwise I wouldn’t be making music for a living. Our songs have a meaning if you want to listen to the lyrics, or if you don’t, they are just good tunes.” Fair comment.

So what is the average Damned gig like in the 21 st Century? Loads of youngsters that don’t know the band has been around for 25 years, or are there loads of Phil Collins look-alikes out for a night of nostalgia. “It’s mixed. When we first went out we used to get anyone between 6 and 60, and it’s like that again” Dave tells us. We did not notice many 6 year olds or 60 year olds at the gig later, but there were certainly quite a few young guns mingling with the beer bellies.
The UK has always had a snobbish attitude towards music, with a fine line between super cool and last weeks thing. It would be fair to say that the Damned have not been regarded as ‘hip and trendy’ for some time now, although the new album should boost their credibility a little (or at least it would if there were any justice in the world!). In the US they tend to be less fashion conscious, do the Damned pull bigger crowds over there, have they ‘cracked’ the US? “Yeah, we can get really big crowds over there, with loads of young kids coming along, they are not interested in whether or not it is cool to come and see us, they just like the music and that is all that matters.” Which is as it should be of course. 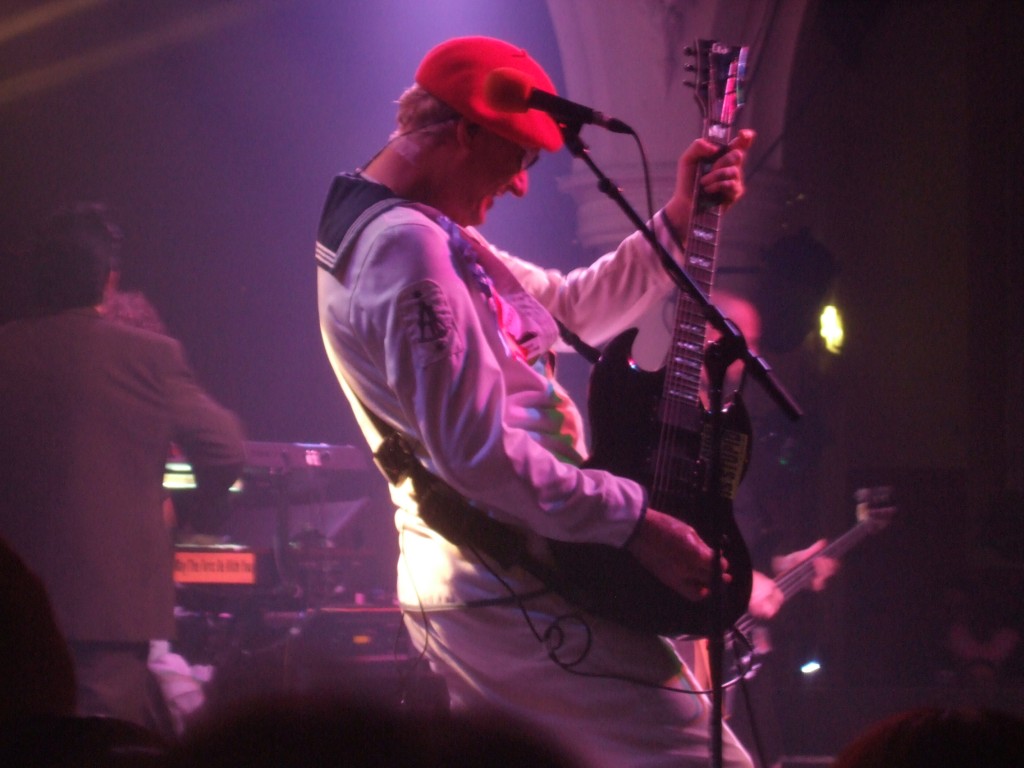 The last few years have seen the rise of Punk ‘nostalgia’ fests, such as weekends in Morecambe or Minehead Butlins where the ‘old guard’ of the Punk Rock glitterati come out of the wood work. Some of them were classics in their day, while some of them were always crap and should have stayed in retirement. How does Dave feel about these ‘Holidays in the Sun’ type gigs? “Some of it is ok but it is a shame the bands aren’t more diverse, like the Adverts or the Ruts. A lot of the bands do the same as they did 25 years ago, which is a shame. Slaughter and the dogs are doing some good new stuff and not just banging out the old favourites, but..mmm…I enjoy playing them, but I don’t know if I would go to one.”

Hunting around on the net there are loads of stories about why original drummer Rat Scabies is not with the band anymore, most of them seem to involve money. Will Dave give us the truth? “He screwed me over in a number of ways. It’s a case of you work with someone for so many years and they do something wrong and you give them so many chances to put things right and they still don’t put things right, then you have to start thinking ‘how long am I gonna stand here and be abused’. Good luck to him, but I don’t think this album would have been made if he were still around”. A gentleman to the last is our Dave, a rare thing in the backstabbing world of the Music Biz. Forget the fact that they have been around for ever, don’t worry about whether or not they are still punk, just go and see them for a good night out.