‘Sample This’ is the bizarre tale of ‘Apache’, an obscure instrumental track put together by The Incredible Bongo Band, which went on to become to most sampled tune in hip hop history. 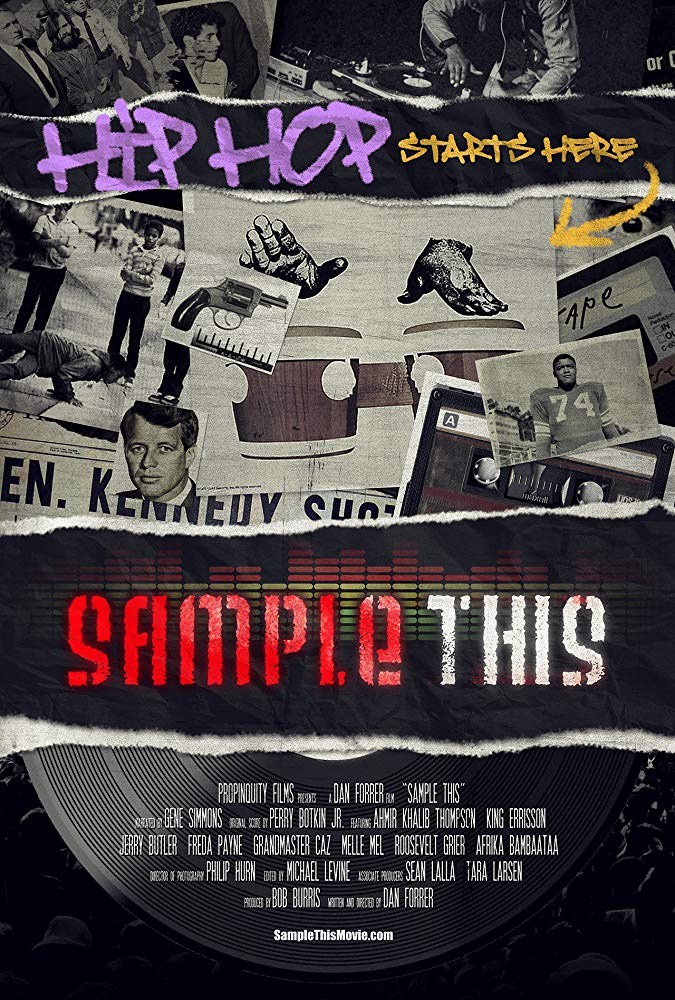 The Incredible Bongo Band would never have happened, were it not for the assassination of Bobby Kennedy. Michael Viner had been part of Kennedy’s campaign team but following the assassination he chose a career move. After releasing a recording of the work of mime artist Marcel Marceau he landed himself a post as an artist manager and executive at MGM Records. (if you can sell silent records, you must have a flair for the business).

Viner was called on to supplement the soundtrack to the B-movie ‘The Thing with Two Heads’. This set off a series of encounters with various session musicians that eventually led to the release of the album ‘Bongo Rock’, a collection of bongo driven tunes, mostly cover versions.

On the face of it, an unremarkable tale, but this story is intertwined with connections with a bizarre list of people from Frank Sinatra, Elvis Presley and The Partridge Family, through The Doors, Joe Coker and Eric Clapton to Sean Connery and even Charles Manson.

Many of the tracks on the album were recorded by session musicians, at different times, in different studios and even in different countries. The result was that it is actually a mystery over who played what on which track.  Rumour has it Ringo Starr played on the album, but whether or not this is true is uncertain.

Two albums were recorded, ‘Bongo Rock’ and ‘The Return of the Incredible Bongo Band’. Both were commercial failures. Even in this movie they are dismissed as not being very good – although to be fair, we have both of them here at Iguana HQ and we think there are some pretty funky moments on both albums. The albums pretty much went straight onto the bargain bins at record stores.

And this is where the first album was discovered by DJ Kool Herc, who used to drop ‘Apache’ into his sets, the funky drumming sending bloc parties wild.

The film then goes off in a new direction, chronicling the birth of hip hop and how The Bongo Band played such an important role. Everyone has sampled them, from Afrika Bambata, the Sugurhill Gang and the Beastie Boys, through to Fat Boy Slim, Madonna and Amie Winehouse.

This incredible movies has it all. Murder, conspiracy, intrigue, descents into madness, love, rock and roll excess.

The only weakness we could find in the film was the fact that it only very briefly touched on the origin of the tune ‘Apache’, originally recorded by the Shadows. But in fairness, the Bong Band version stands out on its own as a tune years ahead of its time.

If you are at all interested in the origins of hip hop, or want to learn about this little documented classic, this film really is a must.