There are many photographers who deserve the accolade of ‘master of photography’. The ones that are really interesting though, are the ones that bring us images of astonishing scenes. Sebastiao Salgado falls into this latter category. 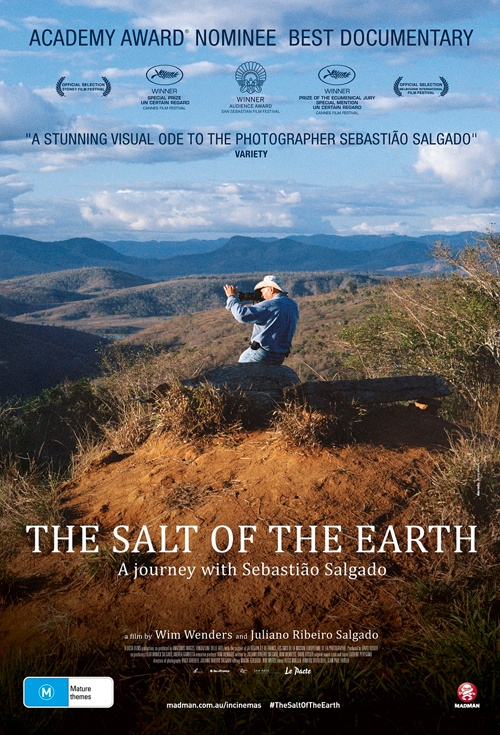 The film opens with images of a gold mine in Brazil. An open cast gold mine, with no machines, just fifty thousand workers scraping the earth for the precious metal. The scenes are almost biblical, hordes of people scrambling for the illusive gold nuggets,  covered in mud, climbing up huge wooden ladders and running back down.

But they are not slaves, they are people from all walks of life, from farm workers to university graduates, all craving to make their fortune. 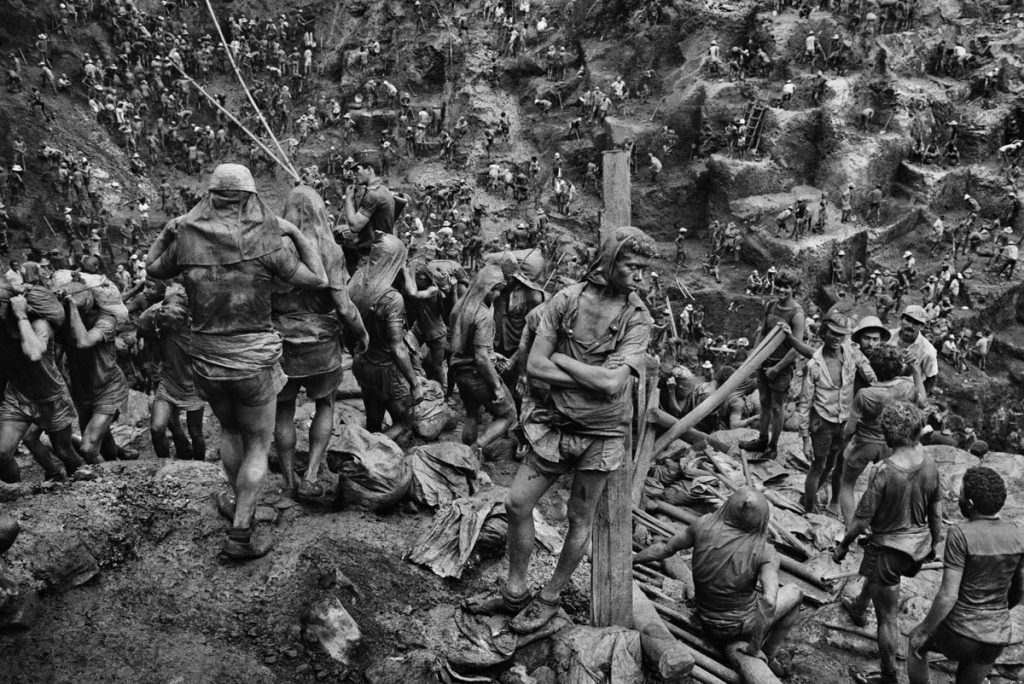 Twenty years after the photographs are taken, film maker Wim Wenders finds them in a gallery and is immediately hooked, setting out on a journey to track the photographer down.

Fast forward to 2011 and we find Sebastiao in Papua New Guinea photographing tribes people in the jungle. A wedding photographer he is not.

As a young man his father wanted him to be a lawyer but he switched degrees half way though and became an economist, giving him an insight into market economies and the way the world works.

He married quite young and moved with his wife to London to work for the World Bank. He was sent on many international trips and always came back with many rolls of photographs.

He soon realised the photography was more interesting than work and decided to ditch his promising career and start out as a professional photographer.

Initially he sold his photographs to magazines but in 1977 he set out on his first major project, ‘The Other Americas’, an eight year journey around south America. 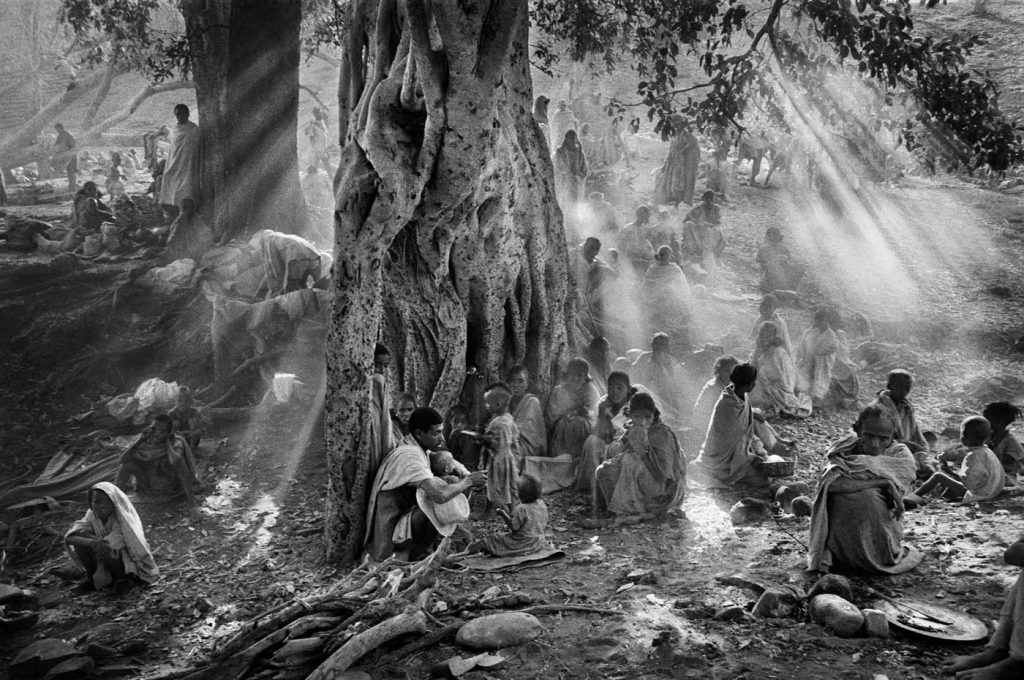 The one big draw back of an adventurous lifestyle like this is you hardly see your family, bring away from home for long periods.

Eventually his son finds a way to be with his dad, he joins him to film him on his adventures, and much of this film is footage from that project.

There is an amusing scene when they are in the arctic to film walruses,  and find themselves being stalked by a polar bear. Rather than being worried about the bear he is more worried about the lack of background and there being nothing in which to frame a well composed picture of the bear.

In 1981 he returns to his home country of Brazil for the first time in over a decade. Much has changed since he left. He then spends three years working on a project on his country of birth.

He heads for Africa in 1984, a time of great famine. Inevitably, he captures harrowing photographs of the brutal reality of what happens when you are let down by both mother nature and government at the same time. No food. No water. Disease. War. Government stockpiling food and water but not releasing to the needy. Death resulted on an incredible scale. All doccumented,  uncompromisingly, in his trade mark black and white images. The result is hard to view. However his work did much to raise awareness of the plight of these people around the world.

In 1986 he embarked on another major project that would take him to thirty countries in six years. ‘Workers’.

Embedding himself with fishermen and tea pickers,  ship builders and car workers, he documents the people who build the environment around us. Probably the most striking images are the men who went into Kuwait after the first gulf war to put out the burning oil wells.

His project ‘Exodus’ looks at displaced peoples. Timing once again leads him to capture some pretty heart wrenching scenes in Bosnia, Congo and Rwanda. This leads him to some pretty damning conclusions about the nature of the human condition.

If this review reads like one long spoiler alert  panic not. The images he captures are stunning, thought provoking and mesmerising.  All taken in black and white their stark composition and his imaginative use of natural light cannot be appreciated by reading about them. You have to see them, either through this film or by reading his books.

Towards the end of the film we get to see his wife perform nothing short of an ecological miracle. It takes place in Brazil and I am going to hold off telling you what happens. It is an unexpected positive ending to a film that until this point had raised many questions about man’s inhumanity towards man.

I started watching the film interested in the work of a world class photographer.  I got much more than I bargained for.