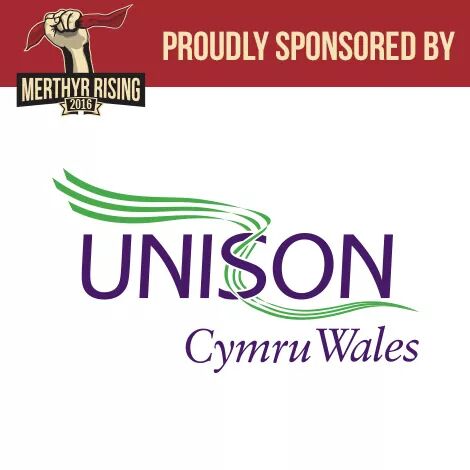 Over the weekend of 3rd/4th/5th June 2016, Merthyr Tydfil celebrated its rich radical past by hosting the third annual Merthyr Rising Festival.

By way of preperation for the event, Peppermint Iguana Radio Show, sponsored by Rhondda Cynon Taff UNISON, the union for public service groovers, invited two of the directors of the festival in for a chat and to play some music.

Below you will find a link to a cloud cast of the show for you to listen to again at your own inconvenience.

Rhondda Cynon Taff UNISON, along with Merthyr Tydfil UNISON, have combined forces to sponsor the festival and are hoping this will be the start of a long term relationship.

1. Red flag: BY BILLY BRAGG
2. Ironmasters: BY THE MEN THEY COULDN’T HANG
3. When will be paid: BY THE STAPLE SINGERS
4. Dog scratched ear: BY HENRY’S FUNERAL SHOE
5. Peterloo to Orgreave: BY MATT ABBOT
6. Reactions: BY TRACEY ISLAND
7. Union man: BY THEE FACTION
8. Strike occupy resist (Flappsandwich re-rub): BY COSMO
9. Current affairs: BY THE UPBEAT SNEAKERS
10. UK arms trade: BY MARK THOMAS
11. Know your riots: BY THE CHOMSKY ALL-STARS
12. Modern day burn: BY DOLE AGE
13. Groovy train: BY THE FARM
14. Get up stand up: BY BOB MARLEY AND THE WAILERS
15. Half the world away: BY OASIS.