ADM, the squatted social space in Amsterdam, has been evicted today.

Established in a derelict shipyard ADM has been a focus and meeting space for free thinkers and radicals since 1997. They have hosted numerous festivals and parties and provided space for experimentation, art and creative thinking.

Created from pretty much nothing, by their own means and with no subsidy, the ADM is became a blooming, creative and sustainable community that contributed culturally to Amsterdam, the Netherlands and far beyond. 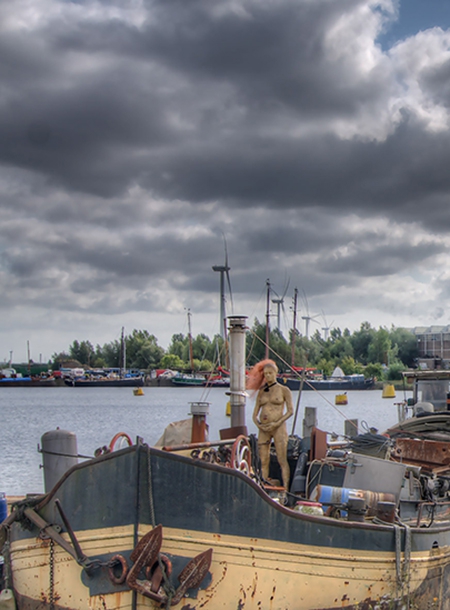 They have been fighting eviction for many years, but now it looks like it is finally happening. A press release from the site states…..

24 hours the municipality is too much to serve human rights.
At 9, the city of Amsterdam started the evacuation, actually removing community adm from their homes in the former Amsterdam dry dock society where they lived for the past 21 years.

This despite the fact that the united nations has requested the Netherlands through a supplies to see from the evacuation, because the municipality in the eye of the un must first explain how it has certainly put the human rights of the 130 residents. For This, the un had insufficient evidence of its own, but it had sufficient evidence to suspect the contrary.

Because Municipality Amsterdam indicated to ignore the supplies of the UN.

On the other hand, the court of justice has brought proceedings before the court of Amsterdam at 11 Because of the UN’s positioning, the suspicion that the community’s human rights are being harmed, there has been a new situation that concerns the implementation of the previous judgment, NL. The apart of the community and the deportation of part of the residents to the slibvelden.

The Municipality, knowing of this interim procedure, has yet deployed the evacuation with which it is contrary to the principles of good governance because it seeks to make the judgment of the president of the court of first instance pointless With this in mind, it is again with feet the rights of the community to keep the UN’s vision outside the Dutch legal culture.

In addition, we, community ADM, have not been informed in advance that the evacuation today will find This is also in breach of the rules of conduct and contrary to the agreements that the municipality made in advance with us.

We are perplexed that the Dutch State is dealing with its citizens in such a way. It shows that there are also groups of citizens identified in the Netherlands who are not entitled to claim on The Universal Rights of man and citizens who are thwarted if they use Making Dutch law.

The Evacuation is still in progress at the moment, and now the messages are moving in that our goods are moved and destroyed. This is also a violation of our rights.

We are asking the press to finally decide that a community like ours should be treated in a human and legally correct way. And to keep the behaviour of the Netherlands in this against the light.

What happens next is anyone’s guess, but as the old saying goes, you can’t kill the spirit.

Peppermint Iguana sends vibes of solidarity to the ADM.

ADM – The free haven of Amsterdam from Suwanne CCtv on Vimeo.